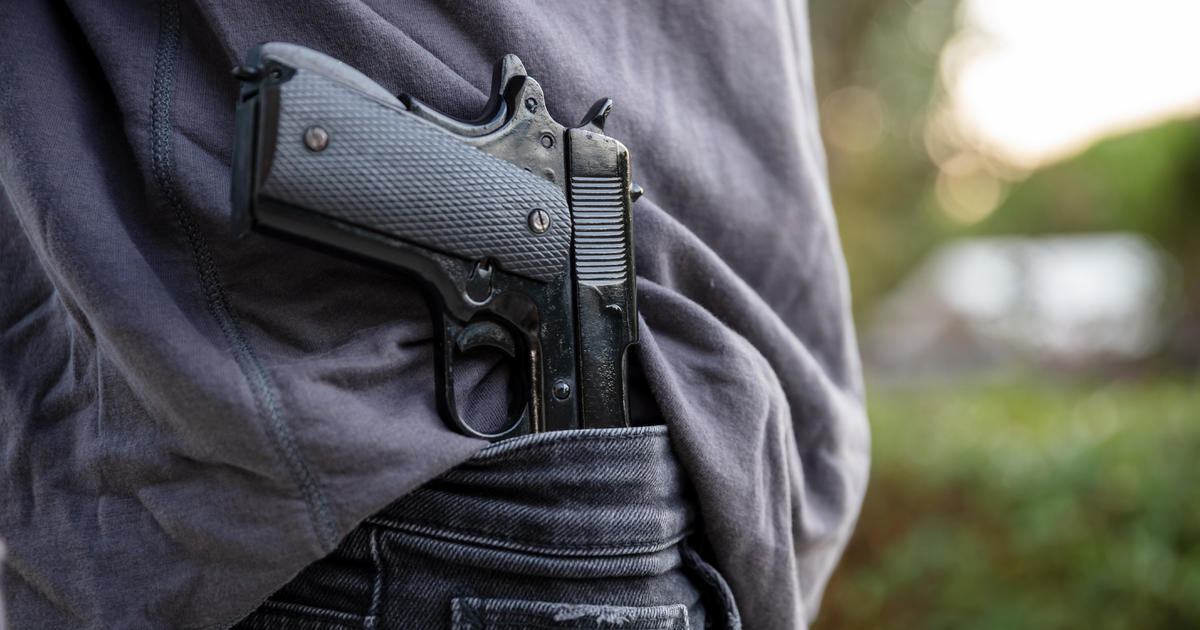 The Supreme Court just delivered its most significant Second Amendment ruling in more than a decade.

CBS2’s Jessica Moore explains the logic behind the high court’s decision and the impact on New Yorkers.

LINK: Read the decision of the Supreme Court | Listen or read the arguments of the case.

Current New York law says that anyone seeking a license to carry a gun outside their home must show “good cause” to obtain it, which state courts have said is a “special need for self-protection.”

“The question before the Supreme Court is whether New York can do that. Do you need to show that you run this risk of having concealed carry, or can someone on the R train now have a gun in their back pocket?” said constitutional attorney Andrew Lieb.

Those who challenged the law argued that the Second Amendment protects the right to carry firearms outside the home for self-defense, while supporters warn that invalidating the restrictions could lead to more firearms on the streets. Supporters also maintain that the Second Amendment was adopted to allow militias to fight the government, not to allow ordinary citizens to carry weapons for self-defense.

“The question here is very narrow: Can any state, not just New York, say you can’t have a gun when you walk around town unless you’re special? So the question is, is it the default rule that you can have the gun and should you take it away only for someone with a mental illness, or by default you can’t have the gun and you can only have it if you have a special security need?” Lieb said.

Even after the shootings in Buffalo, Texas, Tulsa, Philadelphia and Chattanooga over the course of a few weeks, the largely conservative court ruled that anyone can carry a gun anywhere.

Lieb says New Yorkers should prepare for a change in expectations.

But attorney David Schwartz says the high court’s ruling simply allows ordinary people to carry a firearm in the state, not just the privileged few: celebrities, ex-cops, those with cash deals as it currently is.

“Someone who works late at night, who leaves work late. It could be a nurse, it could be anybody who has to work late at night, they don’t have the right, right now, to get a carry permit.” Schwartz said. “The idea that criminals now and start applying for a license to get a carry permit I think is a bit illogical. There will be people who can’t show extraordinary purpose but still want to carry a gun, and that really goes down. within the heart of the Second Amendment”.

Schwartz says the state will still be able to regulate where people can carry firearms and can exclude certain places like the subway system, ballparks and schools.

The supreme court struck down the New York law on the grounds that it is too strict and gives too much discretion to state licensing officials.

The ruling marks a disappointment to many New Yorkers who think federal gun regulations should be tougher, not weaker.

“New York State has made progress in reducing gun violence and continues to do so. We need the federal government to step up and prioritize life-saving gun safety,” said Andrea Murray of Moms Demand Action. .

New York State has no recourse against the Supreme Court’s ruling, short of a change in justices or a constitutional amendment.

“Biden recently said that you’re not going to win the fight, to paraphrase, about what the Second Amendment says, but what we can do is eliminate liability protections at the federal level for manufacturers. And while then the government wouldn’t be restricting the people have guns, manufacturers, based on exposure concerns, would be restricting people from having guns,” Lieb said.

Lieb pointed to the settlement reached in February that required Remington to pay $73 million after the Sandy Hook massacre. Remington was the manufacturer of the rifle used in the 2012 school shooting.

The deal bankrupted the arms manufacturer.