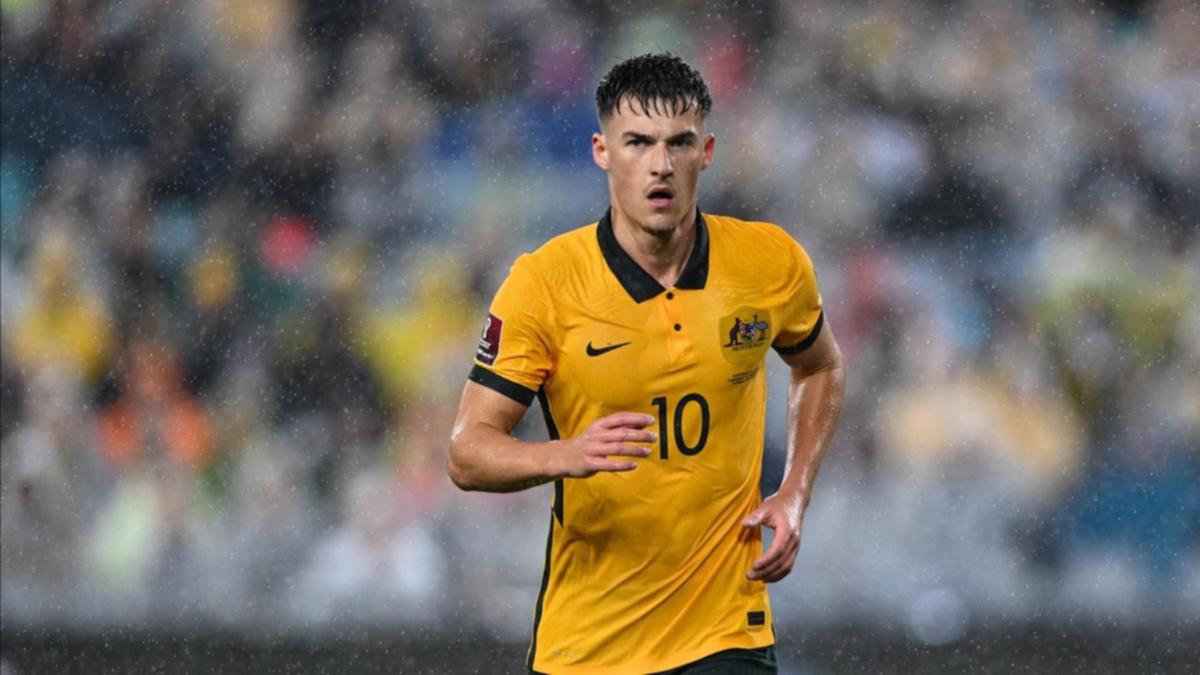 Confidence gained from his increased responsibility with the Socceroos has Eintracht Frankfurt midfielder Ajdin Hrustic poised for this week’s Europa League final.

Frankfurt will play their first European final in 42 years when they take on Scottish giants Rangers on Wednesday (0500 AEST Thursday), with Hrustic eager to extend a trip that included defeating Barcelona and West Ham.

Hrustic has featured regularly as a substitute during Frankfurt’s run to the final, while also becoming a key player in Graham Arnold’s Australia team.

Having made his debut for the Socceroos in 2017, Hrustic has appeared in 15 games during Australia’s qualifying campaign for this year’s World Cup in Qatar.

That emergence has had an impact on Hrustic in Germany, saying he can’t help but benefit from Arnold’s belief.

“Of course I do. When someone believes in me and when I have some kind of responsibility, I would say it means a lot and earns a player’s trust,” Hrustic told the AAP.

“It doesn’t matter who it is. If you play football and have confidence, you will always feel great.”

Boosting Hrustic and his teammates is also the phenomenal support they receive from the entire city of Frankfurt.

Some 30,000 Eintracht fans gathered in Barcelona for their team’s quarter-final second leg at the Camp Nou, while a reported 10,000 traveled to London for the semi-final first leg against West Ham despite that the Hammers only made 3,000 tickets available to away fans.

“I’ve even seen some stores close because of the game.

“I also heard that the game will be broadcast live in Frankfurt for people who can’t get tickets to travel to see us, so it’s going to be a big deal.”

“The whole city is behind us, that is the feeling we have and believe.

“It also feels like you have the whole of Germany behind you.

“It’s a great moment for all of us and also for the club.

“Winning the Europa League means playing in the Champions League next season, which is also another great achievement.”