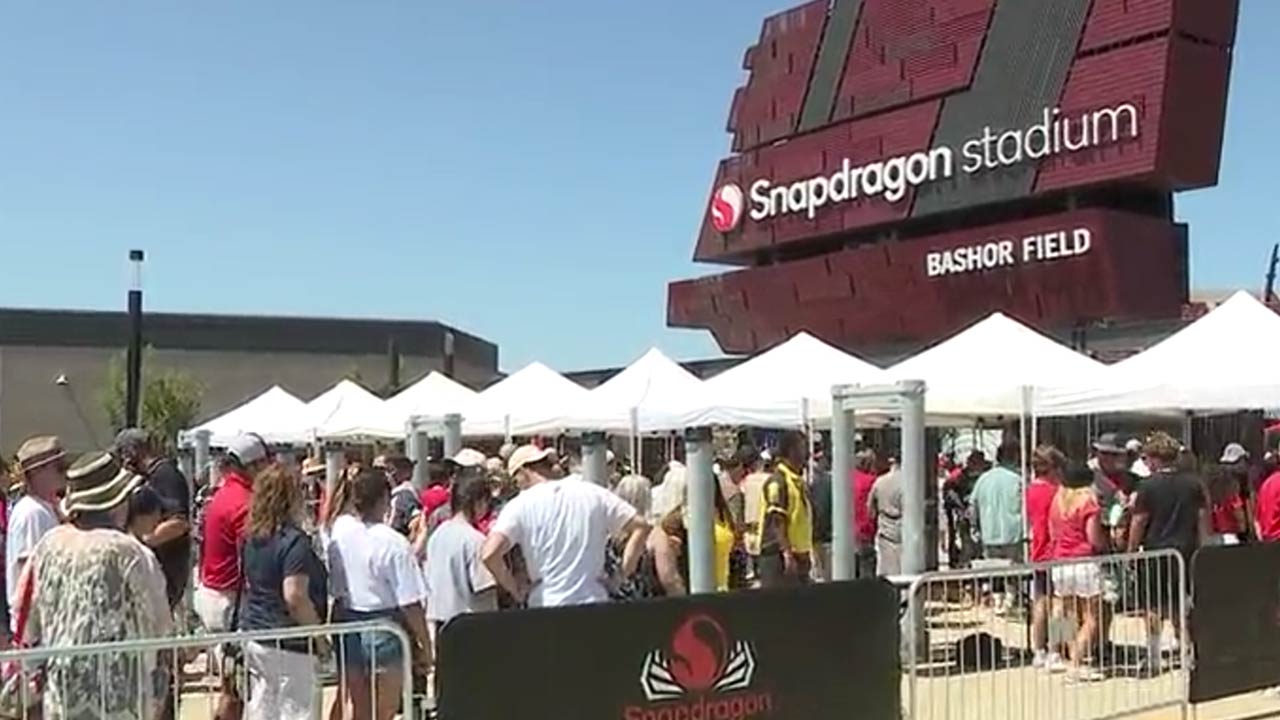 SAN DIEGO — Thousands of fans turned out for the big opening game at Snapdragon Stadium as the San Diego State Aztecs took on the Arizona Wildcats.

The opening game came in the middle of one of the hottest days of the year in San Diego.

“They played the Detroit Lions and unfortunately they lost, which was a big deal for me because I was a huge Charger fan,” Brady said.

Brady was 10 years old when his mother took him to see the first opening game at San Diego Stadium.

“We used to ride bikes here in the summer, so the stadium gets built and my mom took us to the first game in 1967,” Brady said.

Brady lived on top of the hill, overlooking the progress of the stadium’s construction. He mentions that when the old stadium was being demolished, he was sad remembering all the memories he had made inside.

“There was a lot of good life in this stadium, a lot of the time we spent in the parking lot, of course, because some things don’t change, the parking lot today, it’s not good,” Brady said.

Brady, a San Diego State alumnus who did engineering at the university, says he’s happy the old stadium was able to be recycled and used in what is now Snapdragon Stadium.

“As an engineer, it’s quite rewarding because it’s the right thing to do; there is also some of the soul of the old ballpark in the new ballpark,” Brady said.

With the old stadium gone and the new stadium now fully operational, Brady hopes the entire community can support him.