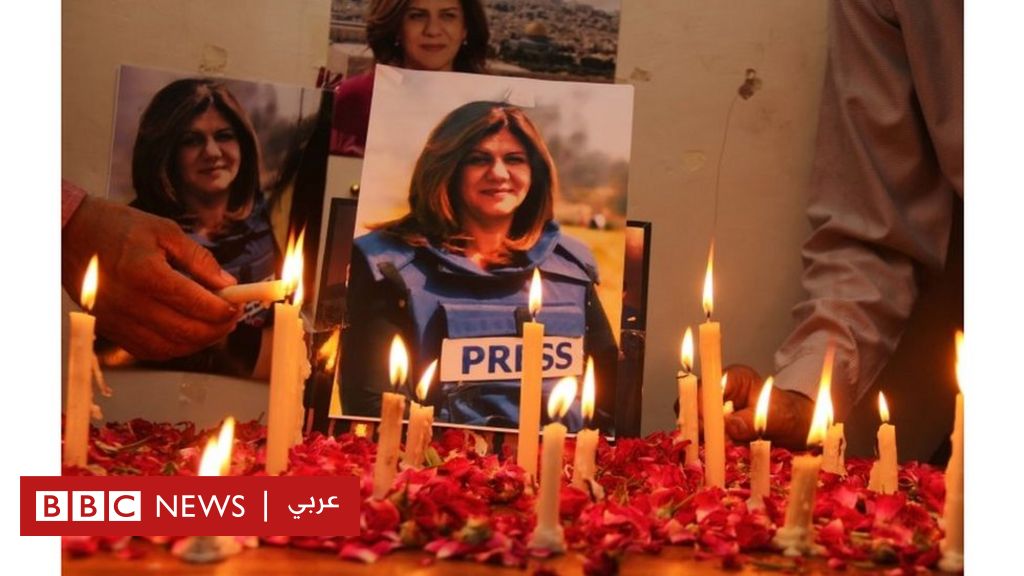 Renewed in 45 minutes ago

Tension prevails in Jerusalem, amid preparations for the burial of the body of Palestinian journalist Shireen Abu Akleh.

The Al-Jazeera correspondent was shot dead on Wednesday while covering the Israeli army’s incursion into the West Bank.

Witnesses accused Israeli forces of killing the journalist, amid calls for an independent investigation into the incident.

Shirin’s body will be buried in a cemetery in Old Jerusalem, where her parents were buried, and large Palestinian crowds are expected to attend her funeral.

Clashes broke out between Palestinian gunmen and Israeli forces this morning, during the assault on the Jenin refugee camp in the northern West Bank.

The director of the Ibn Sina Hospital stated that seven wounded by bullets from the Israeli army arrived at the hospital, one of them seriously, and pointed out that all the wounds that were treated were with live bullets.

In a speech at Shirin’s funeral attended by thousands, Abbas declared that Israel “bears full responsibility” for her assassination.

Al-Jazeera accused Israeli forces of deliberately killing their reporter. She described what happened as “a premeditated heinous crime”. And she promised to hunt down the perpetrators.

While Israel claimed Palestinian militants may have fired it, the Washington Post quoted an Israeli army official as saying the army was investigating the possibility that one of its soldiers fired the fatal bullet.

The Israeli daily Haaretz revealed details of an Israeli army investigation, which does not rule out the responsibility of members of the undercover army unit in the killing of Abu Aqila.

The Israeli organization, B’Tselem, released a video clip which it said refutes the Israeli narrative and that the clash between the armed Palestinians and the Israeli army took place elsewhere.

The United Nations, the United States and the European Union called for an independent and transparent investigation.

Abu Aqleh, a 51-year-old Palestinian-American, was one of the region’s most popular and experienced reporters.

The journalist’s coffin, draped with the Palestinian flag, was taken to the Palestinian Authority headquarters in Ramallah. Crowds of mourners lined the streets of the West Bank as the procession passed.

Abbas praised her, describing her as a “martyr of the free word” who “sacrificed her life” in defense of the Palestinian cause.

“We hold the Israeli occupation authorities fully responsible for his murder and they will not be able to hide the truth about this crime,” he said.

He added that the Palestinian Authority had rejected an Israeli offer to conduct a joint investigation “because we do not trust them”, and that it would “immediately go to the International Criminal Court to track down the criminals”.

There was no immediate response from the ICC or the Israeli government, which does not recognize the court’s authority. Israel refuses to cooperate with the investigation of possible war crimes in the occupied territories.

Israeli Prime Minister Naftali Bennett claimed that the Palestinian Authority is preventing “even the basic results that would be necessary to get to the truth.”

He warned the Palestinian Authority not to “take any steps that obstruct or distort the investigation.”

He added: “The preliminary results we have obtained from the investigation so far cannot point to the shooting of Shirin, and I cannot rule out any options due to the operational chaos on the ground.”

Shirin was wearing a blue jacket, with the word “press” clearly marked, as she headed to the Jenin refugee camp early Wednesday to cover a raid by Israeli soldiers.

The Israeli army said that “during the operation, dozens of armed men fired at the soldiers and threw explosive devices, and the soldiers responded by firing at the militants.”

Sherine Abu Akleh has literally been a household name throughout the Arab world.

Throughout the region and beyond, his quiet presence filled living rooms, patios, and campsites.

I live in Jerusalem and remember her among journalists covering a conflict that rarely makes headlines. She was a part of us, but her confidence and calmness characterized her, her ready smile and her contagious laughter drew many to her.

When history mattered, he was there. Now it isn’t, and for many much of every story it has faithfully covered will be missing.

But she only has one title that has accompanied her throughout her life, that of journalist.

The Palestinian Ministry of Health said that Abu Aqila was shot in the head during the Israeli military campaign. She was taken to the hospital in critical condition and later pronounced dead.

Al-Samudi told the BBC from hospital that no armed Palestinians were near them when they were attacked.

“The bullets came from the area where the (Israeli) soldiers are deployed… The Israelis don’t want (the journalists) to cover the situation in the Jenin camp,” he said.

Tensions escalated again with a wave of operations carried out by Palestinians, given the aggravation of the situation due to the assault on the Al-Aqsa mosque by Jewish extremists, which resulted in the death of 17 Israelis since March 22. .