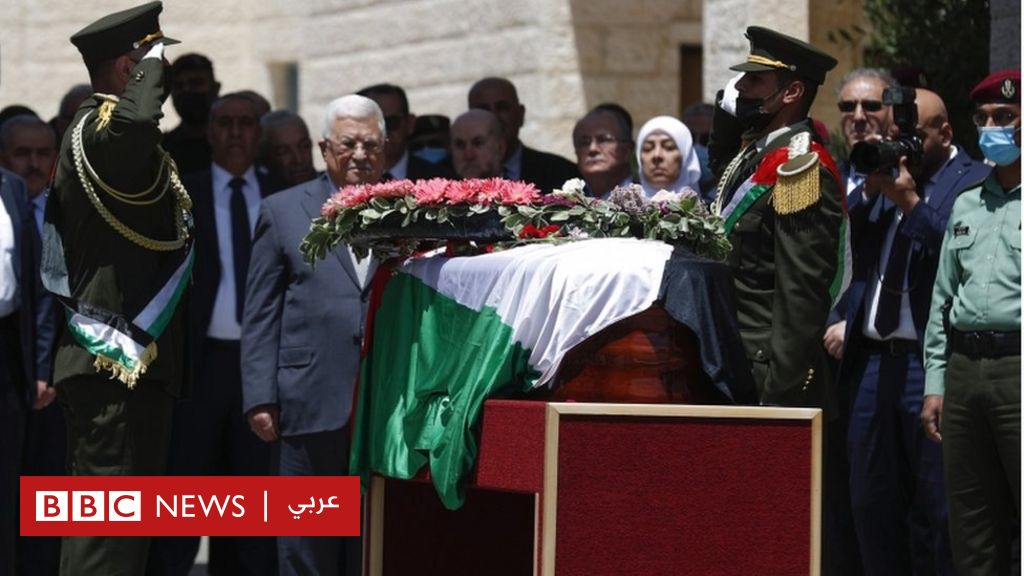 The body of Palestinian journalist Shireen Abu Aqleh has arrived in Jerusalem, where he will be prayed for in a church before being buried in Mount Zion Cemetery, alongside his parents.

The Al-Jazeera correspondent was killed while covering the Israeli army’s assault on the Jenin camp on Wednesday morning.

While Palestinian officials and Al-Jazeera accused Israeli forces of killing Abu Aqila, Israeli authorities denied that they had targeted her.

An official and popular ceremony in memory of the body of Shirin Abu Akleh was held in the West Bank on Thursday, with the participation of thousands of Palestinians.

Palestinian officials, faction representatives, foreign diplomats and citizens participated in the official ceremony, which was held at the Palestinian presidency in Ramallah.

Shireen Abu Aqleh’s body was transferred from the Palestinian presidential headquarters in Ramallah to the city of Jerusalem on Thursday night, aboard a Palestinian Red Crescent ambulance.

While Israeli officials had spoken yesterday about the possibility that Abu Aqila had been killed by stray bullets by Israeli militants, the Israeli defense minister said today that the army is not sure how he was killed, adding: “Perhaps a Palestinian fired… and maybe it was a bullet from our side. “We’re investigating.”

“It is unfortunate that the Palestinian Authority is currently preventing any possibility of conducting a joint investigation, or even reaching the preliminary results necessary to arrive at the truth,” the Israeli prime minister said on Thursday.

For his part, the president of the Palestinian Authority, Mahmoud Abbas, said during the official ceremony in memory of Abu Aqila in Ramallah: “We reject the joint investigation with the Israeli occupation authorities because they committed the crime and because we do not trust them.” He added that the Palestinian Authority “will immediately go to the International Criminal Court to track down the criminals.”

Meanwhile, Qatar’s emir, Sheikh Tamim bin Hamad Al Thani, blamed Israeli “occupation forces” for the shooting death of Palestinian journalist Sherine Abu Aqleh on Al-Jazeera on Wednesday, in remarks he made during a official visit to Iran on Thursday. .

“An independent and transparent investigation”

The director of the Institute of Forensic Medicine at An-Najah University Hospital in Nablus, Rayan Al-Ali, confirmed that Abu Aqila was killed “with a very high-velocity weapon.”

After completing the first stage of examination of the body, Al-Ali said he had reservations about a “distorted projectile that caused a complete laceration of the brain and skull bones”, stressing that “the bullet was directly fatal”.

According to the Ministry of Health, the projectile was transferred to the Palestinian Criminal Investigation Laboratory, and the file is under official investigation before the Public Ministry, which is empowered to issue its report on the projectile.

Palestine Liberation Organization Executive Committee member Hussein Al-Sheikh said Thursday in a tweet on Twitter: “Israel requested a joint investigation and handed over the bullet that killed journalist Shireen, and we refused.” , given that all “indications, evidence and witnesses confirm his assassination by special Israeli units”.

“We have confirmed that our investigation will be completed independently and we will inform his family, the United States, Qatar and all official and popular bodies of the results of the investigation with high transparency,” he added.

It should be noted that Shireen Abu Aqleh has US citizenship, in addition to her Palestinian citizenship.