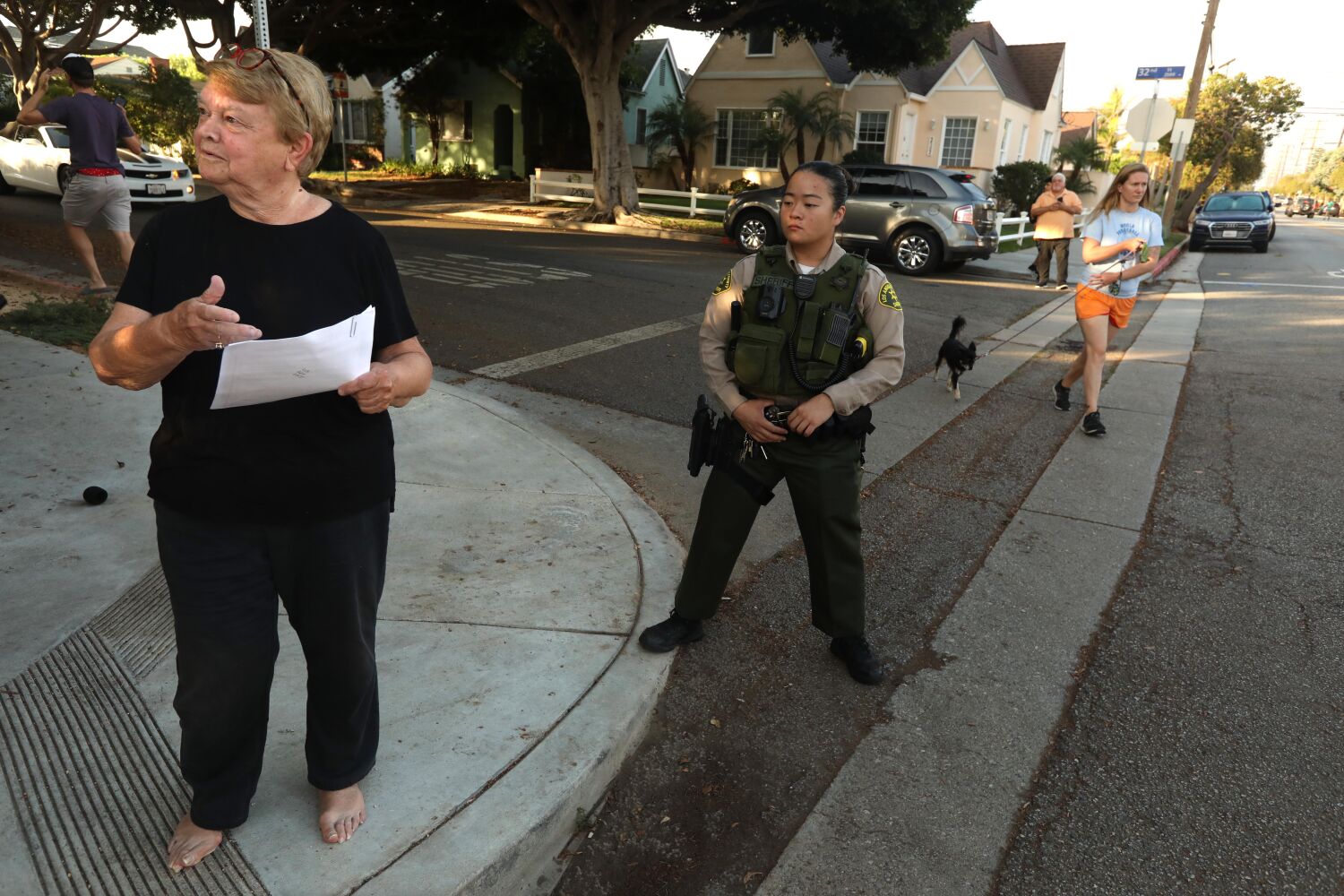 A judge found Thursday that a Los Angeles County sheriff’s investigator followed proper protocols when he obtained a warrant to search the home and office of County Supervisor Sheila Kuehl and others, clearing him of charges that he had searched to a friendly judge to approve the searches

“The court finds that the process to obtain the new warrant did not deviate from the established processes for law enforcement to obtain a warrant,” Superior Court Judge William Ryan wrote in a document setting out his findings. .

He said the sheriff’s Sgt. Max Fernandez, who wrote the probable cause statement that was submitted to Judge Craig Richman before last week’s raids, tried to get another judge who had handled proceedings related to previous orders in the case to sign the orders on Sept. 8.

That judge, Eleanor Hunter, was on vacation. Fernandez then went to the sheriff’s office and was directed to another open courthouse, which turned out to be Richman’s, Ryan found.

Richman has a decades-long relationship with Mark Lillienfeld, a key investigator in the sheriff’s public corruption unit who carried out the Sept. 14 raids and has been accused by critics of targeting political enemies. Ryan found that there was no evidence that Lillienfeld was involved in securing or executing the search warrants.

Kuehl and others still have pending requests to ask a judge to dismiss the warrants outright. In a filing, Kuehl’s attorneys argued the searches were politically motivated and retaliatory, and too broad.

The evidence made clear that investigators targeted a series of contracts worth more than $800,000 that Metro awarded to a domestic violence nonprofit between 2014 and 2020 to operate a sexual harassment hotline in public transport. Fernandez’s statement called the hotline a “total failure” but said the contract was still extended without a bid or competitive analysis.

Kuehl and Patti Giggans, who runs the nonprofit and is also on the Sheriff’s Civilian Oversight Commission, have clashed fiercely with Sheriff Alex Villanueva and have called for his resignation. Giggans’ home and nonprofit offices were also searched. Both have denied any wrongdoing.

Ryan on Thursday extended his previous orders barring sheriff’s investigators from searching seized devices, including 67 devices seized from Kuehl and Giggans, 50 of which have been fully or partially photographed. Ryan said that he planned to appoint a special master to classify material for privileged communications.

Of the items seized, sheriff’s investigators reviewed 250 text messages and two voice messages on Kuehl’s phones related to her receiving a tip the night before the raid, the judge said.

During an impromptu news conference as investigators searched her home, Kuehl told reporters she had been alerted the night before by an attorney with the county attorney’s office and said she learned of the impending search by Inspector General Max Huntsman.

Kuehl’s attorney, Cheryl O’Connor, said in court Thursday that she was “gravely concerned” about the review of text messages and voicemails, as it indicates investigators were looking for material beyond the scope of the investigation. order Richman signed.

Villanueva had asked California Atty. Gen. Rob Bonta to investigate whether Kuehl and Giggans were illegally tipped off, and by agreeing to do so this week, Bonta took on the entire case. He said it was in the “public interest” to sideline the department.

“In recent days, the public unfolding of an unprecedented investigation has raised serious questions for residents of Southern California and beyond,” Bonta said in a statement. “I recognize the deep uncertainty this has created and, given the unique circumstances, my team has committed to taking charge of this investigative process.”

Attorneys from Bonta’s office were at the hearing Thursday and asked sheriff’s investigators to provide them with all of the seized material within two weeks.