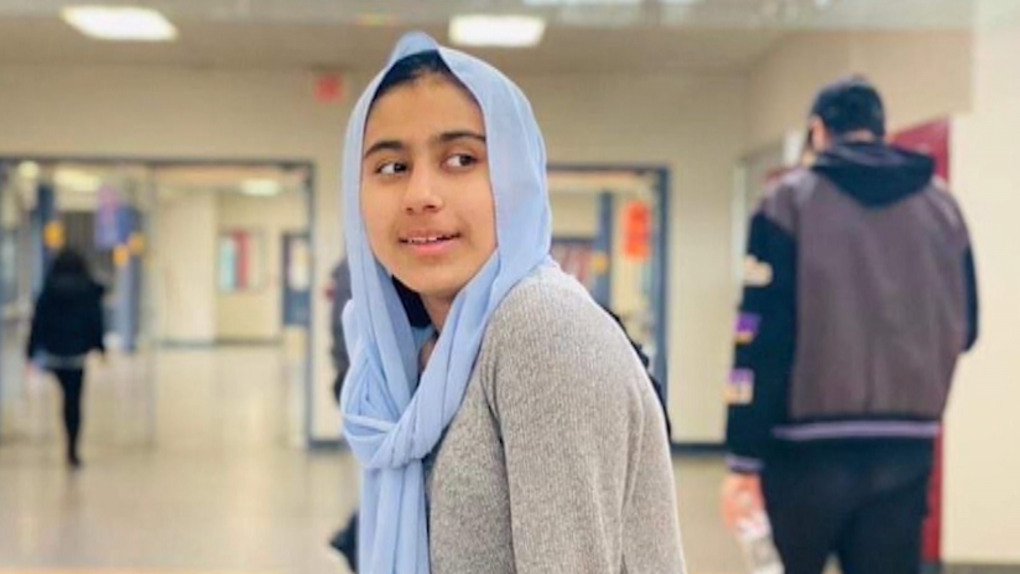 Lutfullah Behzad remembers every detail of that tragic day.

“I was able to see two police officers,” Behzad said from his home in Burnaby, BC. “They told the story that we feel sorry for you: your daughter is no longer in this world.”

Muska Behzad was 14 years old. She died on the afternoon of May 5 after being hit by a dump truck while walking home from school on 11th Avenue, a street with no sidewalks and heavy traffic from commercial trucks that often went in and out of a construction site. nearby construction.

Lutfullah says her daughter was full of love and always put family first. He says his kindness is best exemplified by the way he cared for his younger brother Arman, who has special needs.

“My daughter was like a registered nurse,” Lutfullah said. “She would feed this guy, she would help me clean this guy.”

Muska was the eldest of six children. She and her family moved to Canada less than two years ago from Afghanistan in search of a better life. Her goal was to become a doctor.

“She came here with a lot of dreams and hopes,” Lutfullah told CTV News. “She told me that ‘Dad, I’ll give you a big hand soon’”.

Since the accident, residents living in the neighborhood have spoken out against the city of Burnaby, saying it sent out several warnings that the lack of sidewalks on the highway and continued commercial traffic created an environment conducive for something like this to happen. .

“The cause is totally negligence,” Behzad said. “Don’t you think this could happen to someone else in my community?”

Developers Ledingham Mcallister and Marcon Construction said they shared CCTV footage with police showing a neighborhood dog running from their yard and startling the victim, causing her to run into the road. Burnaby RCMP says it is still unclear what exactly happened as the video was taken from far away and contains no sound.

Investigators also obtained eyewitness accounts of the incident, but the cause of the crash is still under investigation.

Behzad says his wife is heartbroken, but the generosity and kindness of the community is helping the family cope with their unimaginable loss.

A GoFundMe, launched by a family friend to help cover funeral costs, has already surpassed its original goal of $30,000.

Muska Behzad had just turned 14 on May 1 and the family had planned a birthday party for last Saturday, two days after she was killed.

“That’s the saddest thing, you know, he’s going to keep hurting me and killing me every day,” his father said.

The city of Burnaby says it has plans to implement safety changes in the area, including adding sidewalks in the near future.