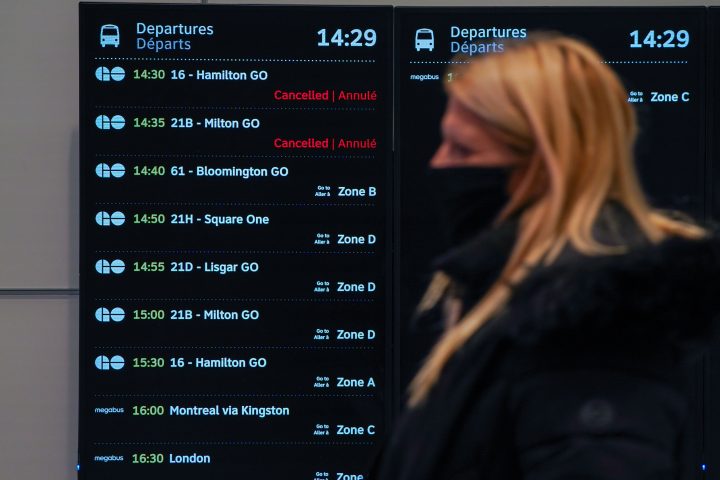 Congestion in downtown Toronto has brought the city’s bus station to a standstill as a host of summer events return for the first time since the pandemic, prompting several GO bus routes to be diverted to commuter rail stations. .

An announcement posted on the GO Transit website said that Route 16 (Hamilton), Route 21 (Milton) and Route 31 (Georgetown) buses would not enter downtown Toronto during the weekend of the 10th and 11th. of September.

Instead, passengers will be asked to transfer from their bus to a Lakeshore West GO train at the Mississauga Port Credit GO Station.

The move has been forced by congestion as a result of summer events, sports games and construction projects, a spokesperson for the provincial Metrolinx transit agency told Global News.

“Downtown congestion has increased this summer, particularly on weekends due to the return of events like the CNE, FanExpo, Blue Jays, TFC games, and concerts like Rolling Loud. Construction has also contributed to congestion,” the spokesperson said.

The decision to reroute buses from downtown Toronto has been made several times over the summer.

The three eastbound buses, 16, 21 and 31, will not attempt to enter downtown Toronto and will terminate in Mississauga. Other bus routes will continue to operate from GO Transit’s Union Station bus terminal.

The new double-decker bus terminal was unveiled to the public in late 2020 and provides a centralized space for GO bus passengers to travel on routes through the Greater Toronto Area and Hamilton and the Golden Horseshoe.

“We are actively communicating with our customers to ensure that a great deal of awareness and planning is possible while traveling with us,” the spokesperson added.