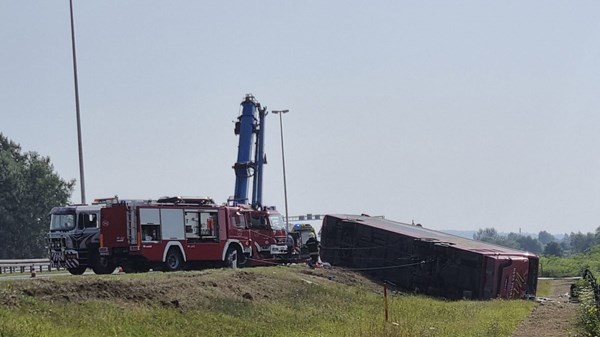 Eleven people were killed and several more were injured when a bus with Polish license plates skidded off a road in northwestern Croatia early Saturday, police said.
Police added that security personnel, firefighters and medical teams were dispatched to the scene of the accident, which occurred at 5:40 am near Przynicki Home in the direction of the capital Zagreb.
Part of the highway was closed to traffic near the crash site to allow the rescue of passengers.