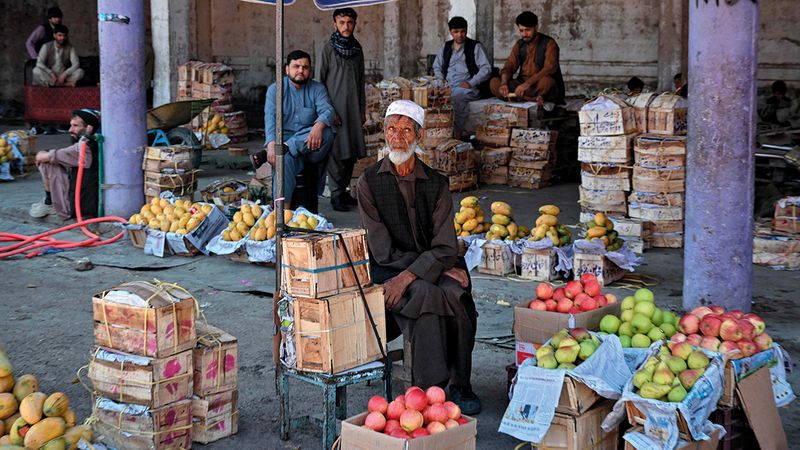 Roughly a year after assuming the reins of power in Afghanistan, following the withdrawal of US and international forces, signs of division appeared in the Taliban movement despite its tireless efforts to present itself as a united entity to the international community. The researcher and director of the Center for Afghanistan Studies at the University of Global Economy and Diplomacy, Akram Umarov, said in a report published by the American magazine “National Interest”, “The ease with which (the Taliban) managed to overthrow Ashraf Ghani’s government from power created an illusion about the strength, cohesion and will of the movement to fully control the country.” The international community hopes that the Taliban will bring stability to Afghanistan and bring the entire country under reliable control to establish the single authority and eliminate security challenges such as terrorism and drug trafficking. Umarov, whose research covers security studies, conflict management, public diplomacy and development issues in Central Asia and Afghanistan, adds: “However, the US attack on al-Qaeda leader Ayman al-Zawahiri raises questions about the credibility of the movement. In the 11 months since the Taliban came to power, the movement has faced a number of serious internal problems, including increased factional fighting over engagement with foreign partners, the rise of Pashtun nationalism, and the exodus of ethnic minorities in the movement, and its inability to stabilize the state administration system.

First, almost from the moment the Taliban took power, there has been systematic fighting within the group over its leadership. In the process of distribution of leadership positions in the state, the (Taliban) face a serious confrontation between the various factions. Despite Mullah Abdul Ghani Baradar’s earlier success leading the Taliban, he was demoted to a lesser post as Deputy Prime Minister for Economic Affairs. Meanwhile, the Deputy Prime Minister for Political Affairs, Abdul Kabir, enjoys broad authority and the confidence of the country’s top leaders. “As a result of the growing influence and presence in the power structures of radical and ideological factions with regard to women’s rights, access to education and the freedoms of the population, the new Afghan government did not meet the requirements of the international community,” says Umarov. .

Second: there has been a clear trend within (the Taliban) in recent months towards the consolidation and significant expansion of the role of Pashtun nationalism. While the Taliban were previously able to recruit Uzbeks, Tajiks and Hazaras in the north and elsewhere to further their goals, the movement’s leadership is still dominated by the same radical Pashtun leaders who ruled Afghanistan in the 1990s, and they oppose compromising ideology and the balance of power. If the Taliban can find a formula to unite these factions, they will be able to strengthen the regime. Otherwise, this trend will weaken the group’s control over the country and may encourage some non-Pashtun groups to openly oppose the Taliban.

Umarov believes that one of the most important factors in the Taliban’s success in the summer of 2021 was the fact that Uzbek and Tajik groups joined the movement in northern Afghanistan and were able to effectively neutralize any resistance from the warlords. war and the local armed forces. in Kabul. However, in recent months, Makhdoom Alam, a Taliban leader of Uzbek origin, has been persecuted. In March, Haji Mali Khan, Sirajuddin Haqqani’s uncle, was appointed deputy chief of staff of the Taliban armed forces to supervise Kari Salahuddin Ayubi, the Tajik commander of the armed forces.

Tensions have also increased between the movement and the Hazara ethnic minority in Afghanistan. In addition to a series of terrorist attacks targeting this ethnic group, some Hazara collaborators with the Taliban have recently been unduly targeted. If the movement’s leadership cannot find a way to resolve ethnic problems internally, large numbers of the Taliban’s non-Pashtun armed forces could join the ranks of resistance groups or terrorist organizations stationed in Afghanistan.

Third, despite remaining in power for a year, the Taliban failed to demonstrate the ability to rule the country effectively. The Taliban, being a movement with a mostly horizontal hierarchy, have always had a decentralized system of government. Taliban forces operated on the ground as part of a single strategy approved by the leaders. However, at the same time, it had significant autonomy in the choice of tactics to achieve its goals and the independent definition of its operational tasks. This approach by the administration attracted a wide range of hardliners opposed to Ashraf Ghani’s government and helped the Taliban achieve their goals at the time.

In general, in recent months there has been a great split in different directions within the Taliban. The growing confrontation between different factions over issues related to strategy, ideology, cooperation with the outside world and the inclusion of non-Pashtun ethnic groups in leadership positions is weakening the strength of the Taliban, making it increasingly likely a split within the movement. The Taliban government faces systemic challenges in these circumstances and is unlikely to overcome them in the near future.

Umarov says that “this dispute is expected to intensify the struggle for power between the various factions of the movement.” And if influential external actors are disappointed with the Taliban’s inability to resolve the challenges facing the country, support for opposition forces could rise sharply. Consequently, this may lead to a new round of full-scale civil war based on inter-ethnic confrontation.

The Taliban, whose extremist ideology and hard-line stance are gradually moving towards international isolation, cannot be excluded from this path. However, by engaging in open and trustworthy dialogue with the outside world, providing security guarantees to neighboring countries, cooperating in good faith in the fight against terrorism, and strengthening trade relations with other countries, the Taliban can overcome its challenges and become a full member of the international community.

• The same extremist Pashtun leaders who ruled Afghanistan in the 1990s, opposing a compromised ideology and balance of power, still dominate the movement’s leadership.

• Despite remaining in power for a year, the Taliban did not demonstrate the ability to run the country effectively. The Taliban, being a movement with a mostly horizontal hierarchy, have always had a decentralized system of government. Taliban forces operated on the ground as part of a single strategy approved by the leaders. However, at the same time, it had significant autonomy in the choice of tactics to achieve its goals and the independent definition of its operational tasks. This approach by the administration attracted a wide range of hardliners opposed to Ashraf Ghani’s government and helped the Taliban achieve their goals at the time.