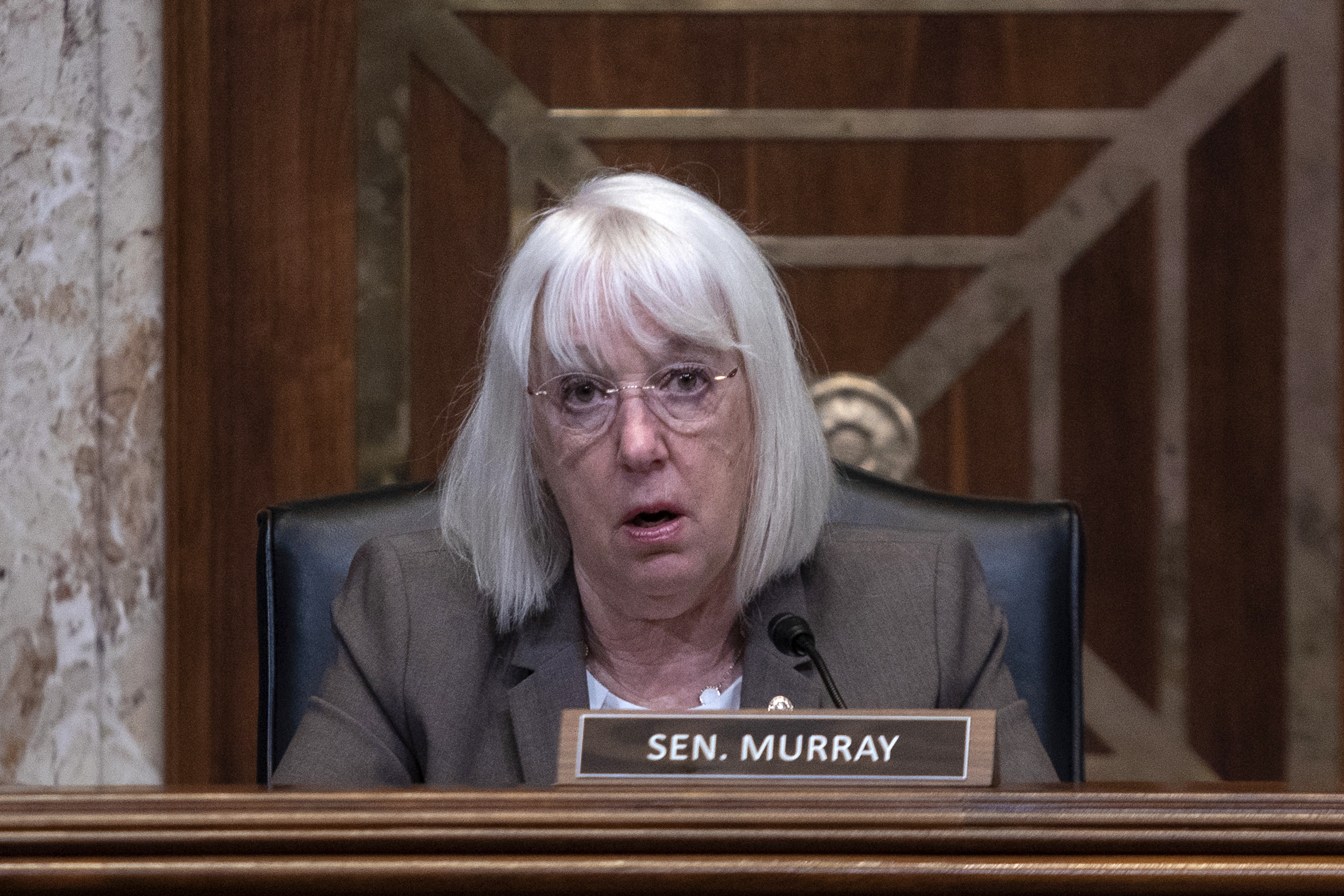 Murray spoke with CNN’s Dana Bash about state of the union Sunday morning. In the interview, he referred to Biden’s “Soul of the Nation” speech, in which the president called “MAGA Republicans” and former President Donald Trump as representatives of “an extremism that threatens the very foundation of our republic.”

Murray responded by sharing his own experiences on January 6, 2021.

“I think our democracy today is at risk. I was at the nation’s capitol on January 6. I couldn’t escape. I was barricaded in an office and I heard a knock on the door, and I heard those outside it, willing to use brute force, egged on by President Trump to take over our country. To take over our democracy. To stop the transaction to a new presidency peacefully, which is what a democracy is,” Murray said.

Bash focused on reports that the Senate Majority PAC, which supports the Democratic Party, was funding ads aimed at influencing New Hampshire voters in the Republican primary to vote against moderate Senate candidate Chuck Morse.

“I think what Democratic supporters are doing is working to make sure that we have a Democratic majority in the United States Senate and Congress so that we can restore the rights of women to make their own health care decisions. , so we can continue to fight climate change, so we can work to continue implementing the policies that allow this economy to work for working men and women and families in my state and across the country,” Murray replied.

Although the Senate Majority PAC ads do not mention Morse’s opponent, Don Bolduc, by name, according to Politico, it is one of several Democratic ads trying to influence the Republican primary. The tactic is that by criticizing moderate candidates in the hope that Republican voters will choose the most extreme candidate in the primary, the Democrat is more likely to win the general election.

In New Hampshire, Bolduc, a retired Army general, leads Morse in the polls. He is aligned with Trump, accepting Trump’s false claims of voter fraud. In a recent debate, he said that he signed a letter with other generals and admirals that Trump won the 2020 election.

Bolduc also commented on the Mar-a-Lago raid by FBI investigators, asking “Do we still need the FBI?” according to WMUR. He later clarified to the station that he was talking about the “top-down political leadership” of the FBI and said the Senate should reverse the leaders’ confirmation.

The strategy of trying to boost a candidate seen as more “ineligible” is risky. Before the 2016 presidential election, many Democrats celebrated that Trump won the party’s nomination from him.

“The variety of candidates is a positive here, and many of the lesser-known ones can serve as a cudgel to move the more established candidates further to the right. In this scenario, we don’t want to sideline the more extreme candidates, but make them more candidates.” ‘Pied Piper’ who actually represent the mainstream of the Republican Party,” the memo reads, while describing how to undermine “more established” candidates.