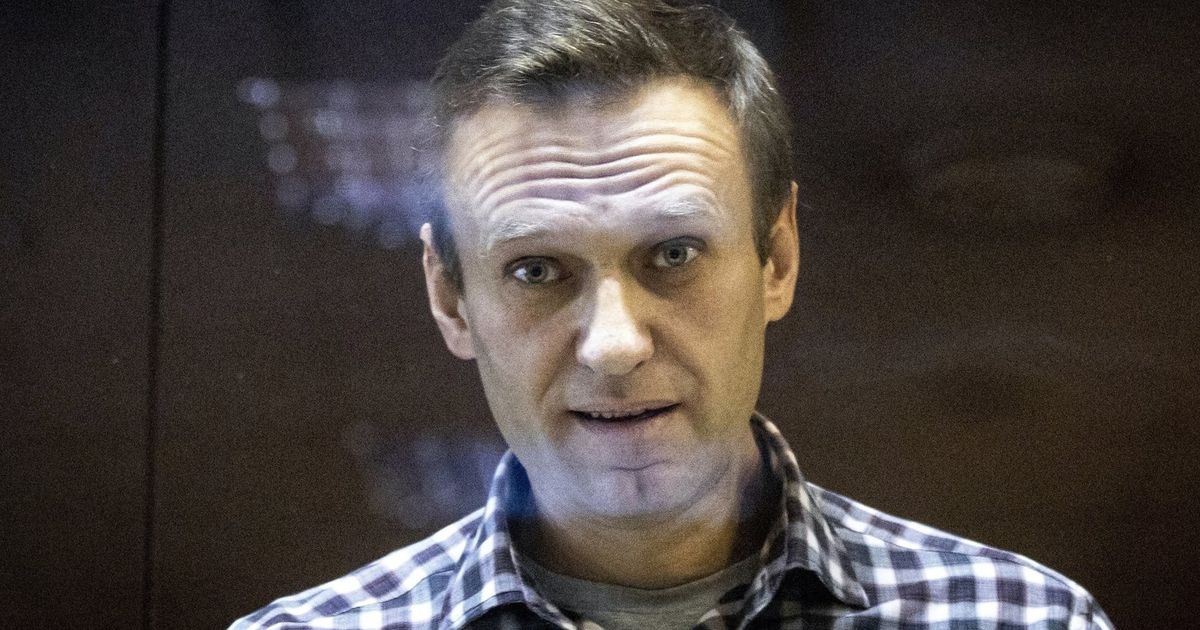 Le Pen has faced scrutiny before a 9 million euro ($9.7 million) loan her party received in 2014 from the First Czech-Russian Bank.

Questions about Le Pen’s ties to Moscow were raised during her presidential bid five years ago, which she lost to Macron, and raised again amid Russian President Vladimir Putin’s war in Ukraine. He reiterated during a debate between the two candidates on Wednesday night that the Russian invasion on February 24 was “inadmissible.”

During the debate, Macron attacked Le Pen for relying on Russia.

“You are talking to your banker when you talk about Russia, that is the problem, Mrs Le Pen,” Macron said.

Le Pen bristled at the suggestion that she is beholden to the Kremlin, saying she was a “totally free woman”.

Earlier in the campaign, he dismissed questions about the loan to his National Front party, which has been renamed the Agrupación Nacional. The bank has since been dissolved.

Navalny, who is Putin’s main internal enemy, said in the lengthy French-language Twitter thread that he wanted to tell Le Pen’s supporters about corruption in Russia and how it has tainted banks like the FCRB.

“This bank is a well-known money laundering agency created at the behest of Putin,” Navalny tweeted, though he did not cite any evidence other than his own investigations into corruption in Russia. “This is selling political influence to Putin.”

In an unusual call that reflected the strength of his belief but could be interpreted as interference, Navalny said: “Without hesitation, I ask the French to vote for Emmanuel Macron.”

A 2019 study by the Washington-based Alliance to Secur Democracy at the German Marshall Fund found that the FCRB bank had been “a key cog in Moscow’s attempt to push political contests abroad, and how this bank sought to use existing loopholes in campaign finance to achieve political goals.”

Le Pen’s anti-immigration party was a focus of the study, saying the bank had been involved in being a “vehicle for money laundering by corrupt elites on a large scale”. He also cited “Russian state-sanctioned interference in the Western political system” in the form of lending to the National Front.

Le Pen reiterated during the debate with Macron that her party went to the FCRB after French and European banks refused to lend it money. The loan has dogged the far-right party for years, along with its links to Putin. A photo of the two meeting in 2017 was posted on social media by their opponents during the campaign.

Le Pen, responding to Macron’s insinuations about his dependence on Russia, pointed a finger at him.

“You received Mr. Putin with great fanfare at Versailles… You received Mr. Putin at Bregancon, his vacation spot,” and told him what you have been saying, that Russia must realign itself with Europe, he said. Le Pen has said that he wants a rapprochement with Russia once the Ukraine war is over.

In a press conference before Navalny’s tweets, Le Pen again defended herself against suspicions of being indebted to the Kremlin. She told reporters earlier this month that she does not believe the FCRB is under orders from Russian leaders.

He added that his party is still paying the loan, without clarifying who the creditors are.

She said the loan was not a romantic deal.

“This loan did not come with a friendly interest rate. It was signed at 6%,” he said.

“Of course, I am available to any bank, American, South American, that wants to take over this loan,” he said.

In a dig at the French banking establishment, he added: “If a French bank wants to buy this loan, it would of course be on the same terms, very advantageous terms for the bank.”

French law now prohibits loans to political parties from countries outside the European Union. Le Pen’s National Rally party has obtained a loan from a bank in Hungary, headed by Viktor Orban, a Le Pen ally.

Navalny was sentenced last month to nine years in prison on fraud and contempt of court charges in addition to a two-and-a-half year sentence for what he says are politically motivated convictions. The 45-year-old activist, who is imprisoned in a penal colony east of Moscow, survived a nerve agent poisoning in 2020 that he blames on the Kremlin.

Over the past year, Putin has cracked down on opposition figures like Navalny, along with his supporters, other activists and independent journalists in a bid to crack down on all dissent.

Navalny’s team has stepped up efforts to put international pressure on Putin, speaking at EU venues and calling for sanctions against Moscow.

For generations, Russia has fascinated the Le Pen family, beginning with Jean-Marie Le Pen, Marine’s father and co-founder of the former National Front. Marine Le Pen’s niece, Marion Marechal, a far-right politician, has visited Russia, and Marine Le Pen has visited Russia several times, but she only met Putin once.