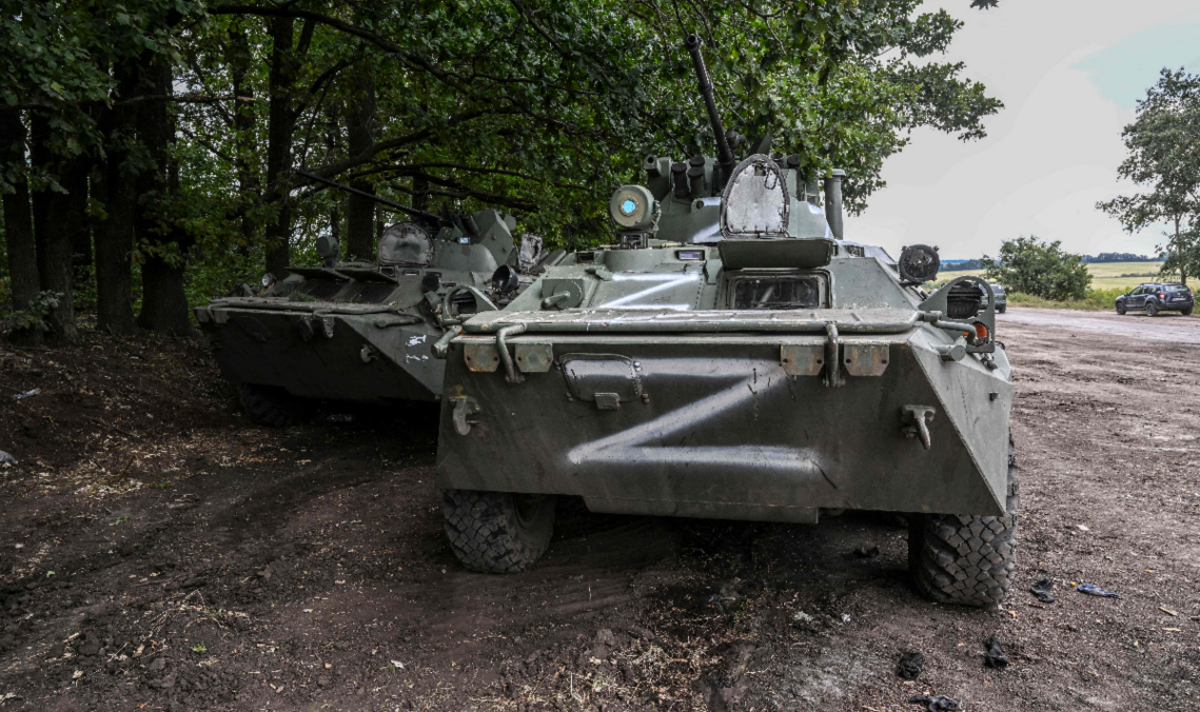 The former British Army officer explained how Russian militants shed their uniforms and donned civilian clothes to go unnoticed and escape the battlefield.

Dr. Mike Martin explained how the Ukrainians managed to push back the Russian attack on Kupiansk and Izum and take back their land.

The former army officer claimed that Russian troops were poorly equipped and their supplies were running low.

The ongoing war in Ukraine has been raging for more than six months, and with the help of NATO-aligned countries, Ukraine’s armed forces have been able to push back the illegal invasion.

Dr Martin told Times Radio: “This war has never really been right for Russia, they never had enough troops.

“Instead of buying, you know, the military graduate stuff they bought the cheap stuff and so on.

“And the Ukrainians have had the opposite, they know they have a great western team more and more all the time, they are fighting to defend their homeland, their morale is through the roof.

“The Ukrainians have been pushing south in this place called Kherson, which is on the way to Crimea for the Ukrainians because Crimea is very important to the Russians, that’s really their center of gravity.

“The Russians sent a lot of troops to Kherson to defend it and because they don’t have enough troops in general, they spread out in the northeast in this place called Kharkiv and also in Donbas, where they had that offensive a couple of months ago.

JUST IN: Meghan and Harry meet William and Kate as they watch tributes in Windsor

Dr Martin added: “The Ukrainians realized there was this big opportunity, the Russians were very, very spread out and took advantage of it, and they just pushed a kind of mechanized push east from Kharkiv, which is the second largest “. city ​​in Ukraine in the northeast.

“Just like you said in your introduction, they took Kupiansk, once they took Kupiansk because it’s a major rail junction, then the Russians had to give up a place called Izum because they didn’t have supplies, and then it kind of created a domino effect.

“And what you really find in war, war is really about psychology and once you’ve smashed your enemy’s supply and leadership, and their ability to coordinate everything starts to collapse.

“And the dominoes start to fall, everybody panics, troops start to flee and that’s really what we’re seeing among the Russian military, big pockets, you know, they don civilian clothes and they run away or they’re wiped out. or they just walk away like it’s , it’s a total loss, that’s the only way we can describe it.”

READ MORE: King Charles and Prime Minister Truss, ‘a true United Kingdom’, will tour the UK together after Queen’s death

Reports of Ukrainian soldiers fighting back the Russian advance have been surfacing steadily for more than two weeks.

“It is crucial to continue sending weapons to Ukraine. Defeating Russia on the battlefield means winning peace in Ukraine.”