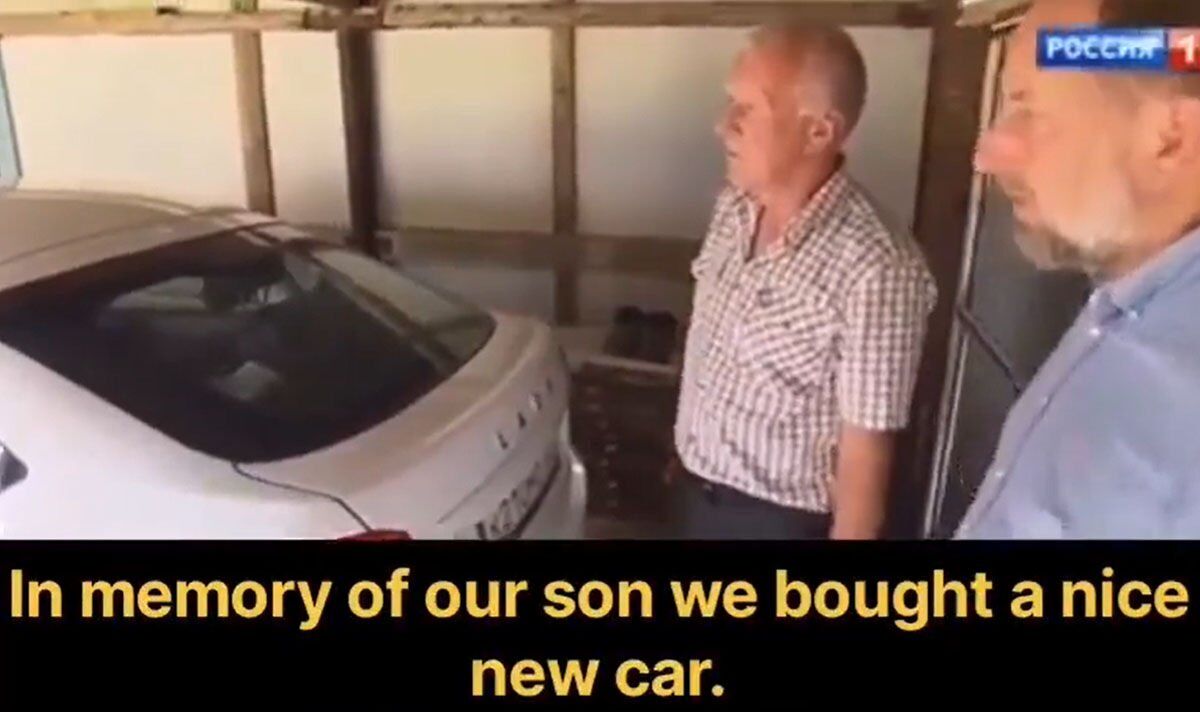 The parents revealed they received “coffin money” after their son Alexi was killed fighting in the Ukraine. They bought a white Lada that Alexi “dreamed about”. A reporter from Rossiya 1 said, “Like his grandparents and great-grandparents, he fought against fascism.”

The father added: “In memory of our son we bought a nice new car.”

The reporter continued: “The new Lada was bought with what people call ‘coffin money’.

“But what is officially a ‘block allowance for the family of the deceased’.

“His father says that Alexi dreamed of having a white car, just like this one.

“Your first trip is to the graveyard.”

It comes as Russian forces kept up their bombardment of cities in Ukraine, with heavy shelling of Sumy in the north, cluster bombs targeting Mykolaiv and a missile attack on Odessa in the south, officials said on Tuesday.

After failing to capture the capital Kyiv at the start of the invasion on February 24, Russia went on a devastating bombing campaign to consolidate and extend its control over southern and eastern Ukraine.

Russia’s Gazprom, which operates the pipeline, has told customers in Europe it cannot guarantee gas supplies due to “extraordinary” circumstances, according to a letter seen by Reuters, upping the ante by an economic eye for an eye. with the West.

In Odessa, a Russian missile attack injured at least four people, burned houses to the ground and set other houses on fire, Oleksii Matsulevych, a spokesman for the regional administration, said on his Telegram channel.

More than 150 mines and shells have been fired in the Sumy region, Dmytro Zhyvytskyi, head of the Sumy regional military administration, said on Telegram.