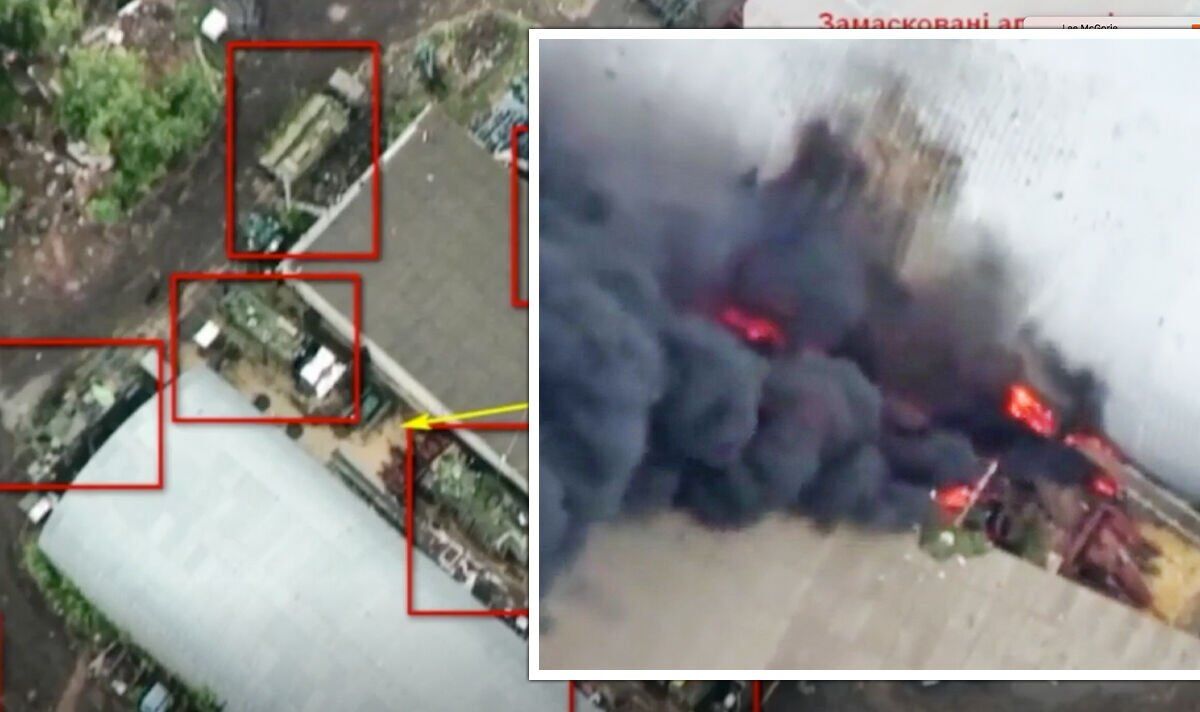 Ukrainian artillery fell on a Russian R-330Zh Zhitel electronic warfare system in Kharkiv in another blow to Putin’s war machine. The system blocks satellite and cellular communication systems with ranges of up to 50 km. Russia has suffered significant losses in recent weeks as Ukraine fights off the invasion.

A Ukrainian military commander said of the attack: “This complex is designed for automated detection, address finding and analysis of radio signals in the operational frequency range, but it was successfully destroyed by the Defenders of Ukraine.

“Together with the Ground Forces we go to Victory!”

It comes as a 21-year-old Russian soldier asked a Ukrainian widow to forgive him for her husband’s murder, as a court in kyiv convened for a second hearing Thursday in the first war crimes trial to emerge from the invasion of Russia on February 24.

“I admit my guilt… I ask you to forgive me,” he told the widow, Kateryna Shelipova, at Thursday’s hearing attended by Reuters.

Boyish in appearance, dressed in a tracksuit and with his shaven head lowered, Shishimarin put on a bleak spectacle in a glass booth for the accused. He spoke calmly but seemed scared.

The Kremlin has said it has no information about the trial and that the absence of a diplomatic mission in Ukraine limits its ability to provide legal assistance.

The widow told the court that she had heard distant gunshots from her yard and had called her husband the day he was killed.

“I ran to my husband, he was already dead. He was shot in the head. I screamed, I screamed so much,” she said, speaking in her country accent. She looked distraught and her voice trembled with emotion.

Shelipova told the court she would not object if Shishimarin was handed over to Russia as part of a prisoner swap to get “our guys” out of the port city of Mariupol, a reference to the hundreds of Ukrainian soldiers who gave themselves up to Russia.

The trial comes as much of Ukraine is gripped by the fate of its soldiers it hopes Russia will hand over as part of a trade. Some Russian voices ask that they be tried for crimes.

Shelipova said her husband was unarmed and in civilian clothes. They had a 27-year-old son and two grandchildren together, she added.

DO NOT MISS IT

Ukraine has accused Russia of atrocities and brutality against civilians during the invasion and said it has identified more than 10,000 possible war crimes. Russia has denied targeting civilians or engaging in war crimes.

Shishimarin is accused of firing multiple shots with an assault rifle at the head of a civilian from a car after being ordered to do so.

Asked if he had been forced to follow an order that amounted to a war crime, Shishimarin said “no.”

“I fired a short burst, three or four bullets,” he told the court.