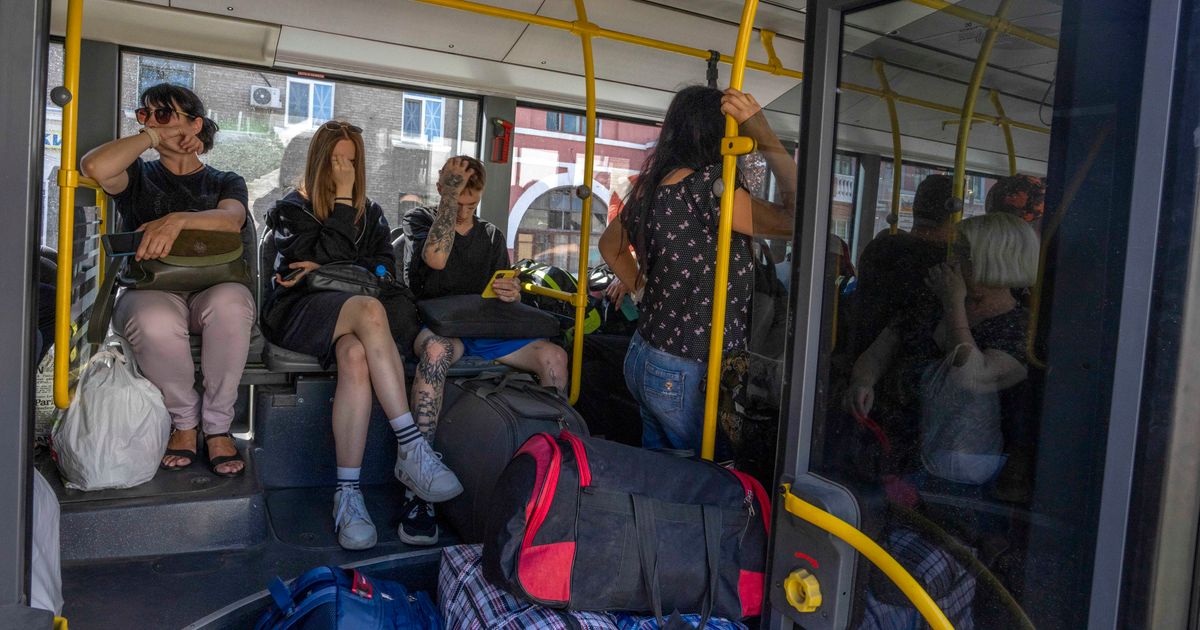 Russian forces fired seven Kalibr cruise missiles in the Odessa region. The Russian Defense Ministry said the attacks on the village of Bilenke had a legitimate military objective and “destroyed ammunition depots for weapons supplied by the United States and European countries.”

“These attacks on peaceful people have one goal: to intimidate the population and the authorities and keep them in constant tension,” Serhiy Bratchuk, head of the Odessa regional government, told Ukrainian television.

In recent weeks, the Russian military has targeted Odessa and parts of southern Ukraine, where its troops captured towns earlier in the war amid signs Ukraine was planning counterattacks to retake Russian-occupied areas.

Meanwhile, Ukrainian forces on the ground in eastern Ukraine are struggling to keep the declining territory under their control.

At least two civilians have been killed and 15 more injured by Russian shelling across the country over the past 24 hours, Ukraine’s presidential office said in a morning update.

“There remains a high level of threat from missile attacks throughout the territory of Ukraine,” said Oleksandr Shtupun, spokesman for the General Staff of the Ukrainian armed forces.

In Donetsk province in eastern Ukraine, which has been cut off from gas supplies and partly from water and electricity, one person was killed and two more were injured.

“The infrastructure of the cities is being methodically destroyed by missile strikes, and the civilian population, deprived of their basic needs, suffers the most,” Donetsk Governor Pavlo Kyrylenko said in televised remarks.

Kyrylenko said that four Russian attacks were carried out in the city of Kramatorsk. He urged civilians to evacuate. Some residents heeded the warning and loaded their belongings onto a bus early Tuesday to await evacuation.

The missile attacks came as the British military said it believes Russia faces “increasingly acute” problems in maintaining its troop strength in its war of attrition that began with the February 24 invasion of Ukraine.

The British Ministry of Defense in an assessment Tuesday morning said Russia “has struggled to maintain effective offensive fighting power since the beginning of the invasion, and this problem is likely to become increasingly acute” as Moscow seeks to conquer the Donbass region in eastern Ukraine.

The British Army added: “While Russia may still make further territorial gains, its operational tempo and rate of advance is likely to be very slow without a significant operational pause for reorganization and refit.”

In other news Tuesday:

— The Ukrainian parliament approved President Volodymyr Zelenskyy’s decision to dismiss Ivan Bakanov as head of the country’s Security Service, the SBU. Zelenskyy over the weekend removed Bakanov, as well as Iryna Venediktova, who served as Ukraine’s Prosecutor General, over the weekend Parliament voted separately to approve Venediktova’s removal. As part of the reorganization, Zelenskyy also fired the heads of five regional branches of the SBU and a deputy director of the agency on Tuesday.

— Ukraine’s First Lady Olena Zelenska visited Washington at the invitation of US First Lady Jill Biden. Zelenska met on Monday with Secretary of State Antony Blinken. US State Department spokesman Ned Price said Blinken assured him of the US commitment to Ukraine and praised her for her work with civilians facing trauma and other war damage. Zelenska is expected to meet with Jill Biden on Tuesday.