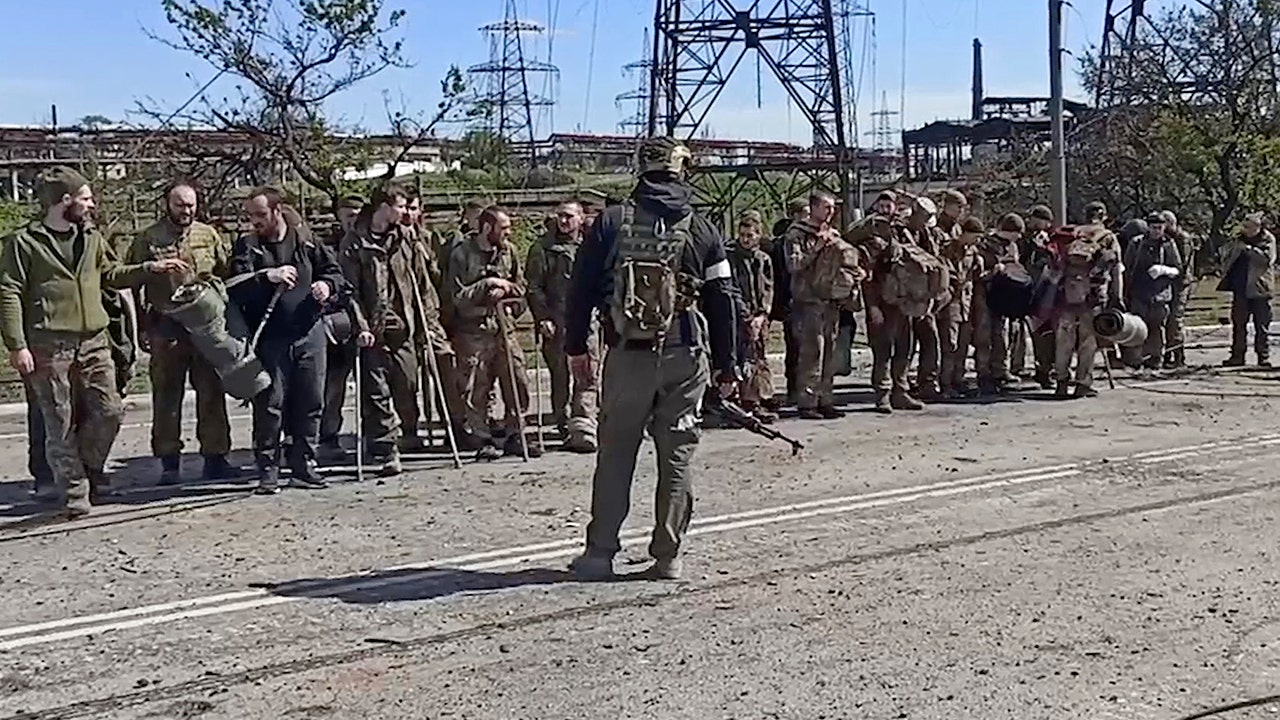 Ukrainian authorities acknowledged that the steel plant, which has become a symbol of resistance against the Russian invasion, fell this week after 265 soldiers hiding in the plant’s tunnels surrendered to Russian forces, including 52 seriously wounded soldiers. .

But figures from Moscow on the number of surrendered troops have continued to rise daily.

The Russian Foreign Ministry took to Telegram on Thursday to claim that a further 771 soldiers had surrendered in the past 24 hours.

Fox News has been unable to reach the Ukrainian Defense Ministry to verify the Kremlin’s claims.

Ukrainian Deputy Prime Minister Iryna Vereschuk said this week she was working to secure a prisoner swap for some 50 wounded Ukrainian servicemen, but officials have kept quiet about any negotiations.

Several Russian officials have rejected proposals to exchange prisoners for any soldiers who fought at the Azovstal steel plant, while others have called for blanket executions.

The leader of the self-proclaimed Donetsk People’s Republic (DPR), Denis Pushilin, said they should face their “fate” in a Russian court.

The fighting in Mariupol was some of the most brutal in Ukraine since Russia’s invasion began in February and soldiers, along with civilians, were forced to take refuge in tunnels deep inside the Azovstal steel plant for months.

Humanitarian evacuations have finally been secured for civilians trapped at the plant and Ukrainian President Volodymyr Zelenskyy, along with the United Nations and the International Committee of the Red Cross, are working to secure a prisoner swap.

Mariupol city mayor Vadym Boichenko said on Wednesday it was “good news” that Zelenskyy was directly involved in the exchange mission, but said the situation remained “quite difficult.”

“This issue is of a very sensitive nature and the negotiating mission is very fragile today,” he said during a briefing.

It is not clear how many Ukrainian soldiers remain in Mariupol, but Pushilin said Wednesday that there is no record of any top commander having surrendered his troops.