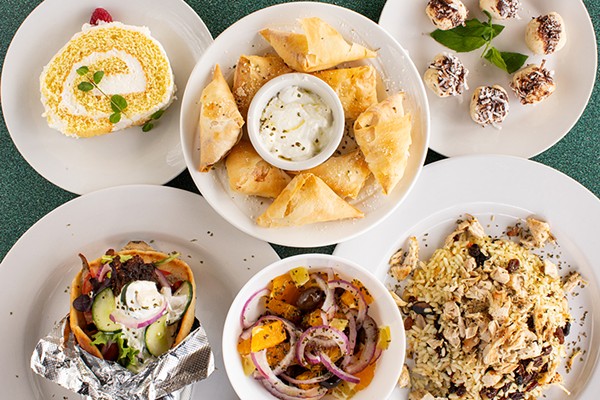 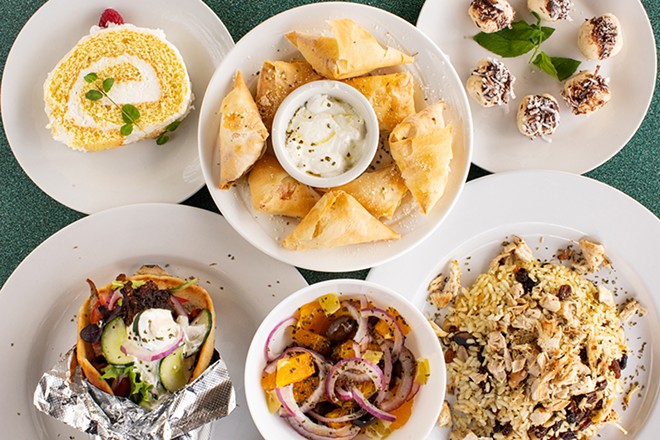 Nearly two decades ago, Limoza Hoxha made her first visit to Arber Cafe. After an eight-year stint working in the kitchen of Clayton’s Italian mainstay, Dominic’s Trattoria, it seemed only natural that she would incorporate Italian food into her debut restaurant, even as she wanted to use her new platform to shine a light on her native. Albanian cuisine. In her mind, and in the eyes of her then business partners, she felt like her safest bet; not only was Italian food very popular in her adoptive city, but Albanian food was relatively unknown. Making the success of their restaurant dependent on something so unproven was a risk they weren’t willing to take, so Arber Cafe opened as a combination Italian-Albanian restaurant and cafe in a small shop on Gravois Avenue in 2005. .

Fast-forward 17 years, and Hoxha has transformed Arber Cafe into the restaurant he always wanted. The redesigned Arber is a proud homage to the food of his homeland, a culinary heritage that Hoxha describes as Mediterranean influenced with strong elements of Turkish and Greek traditions interwoven. If you had told him in 1997 that this would make him successful in the restaurant business, he would not have believed it; now, as guests eagerly order her handmade Albanian delicacies, she is thrilled to be proven wrong.

Hoxha never thought she would be the person to introduce Albanian food to St. Louis diners. After immigrating to the United States from Albania in 1997, he took courses in English and computer design at St. Louis Community College–Forest Park. However, after landing a job as a cook at Dominic’s Trattoria, she realized how much she loved the professional kitchen. This budding passion of hers led her to refocus her studies on business in hopes of opening a restaurant one day.

It shouldn’t have been a surprise that she had so much love for the industry. For years, Hoxha had been praised by her family for her talent as a home cook, a skill she learned from her grandmother, mother, and mother-in-law over the years. Cooking came naturally, so when she finally found herself in a position to do it full time, she jumped at the chance. That enthusiasm led her to say yes when some friends of hers approached her about buying a Macedonian bakery in the city’s Bevo Mill neighborhood and turning it into what became Arber Cafe. After three years, her original partners walked out of the business, leaving the restaurant in Hoxha’s able hands. 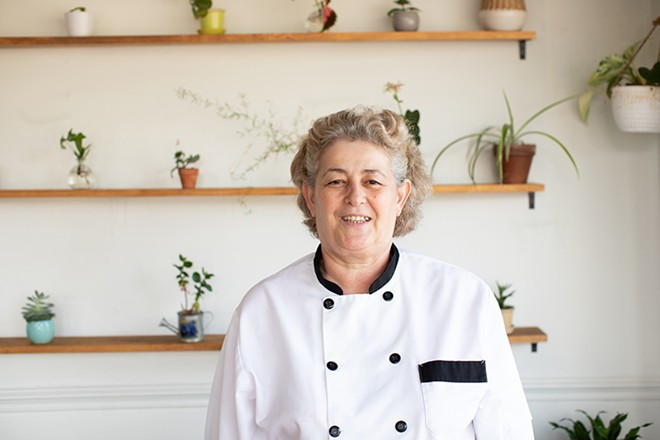 Hoxha was successful with the Albanian community, who adopted Arber Cafe as a traditional European-style coffee shop.

For about 15 years, it carried on as such, hoping that one day it could turn the place into a more food-oriented restaurant. In 2019, she and her family made that dream come true by renovating the place and eschewing the Italian side of the menu.

The newly launched Arber Cafe built steady momentum throughout the fall of 2019 and early 2020. However, when the pandemic brought the restaurant industry to a halt in March 2020, Hoxha was forced to close its doors and hope that community support local community would keep it afloat. Fortunately, she did. Between takeout orders and a partnership with Schnucks, Hoxha was not only able to stay in business; she realized how much her little cafe meant to the neighborhood.

When you eat at Arber Cafe, you understand why this is so. Thanks to its small menu, prepared entirely by Hoxha, the restaurant gives you the feeling of being welcomed into her home kitchen and receiving an introductory course in Albanian cuisine. 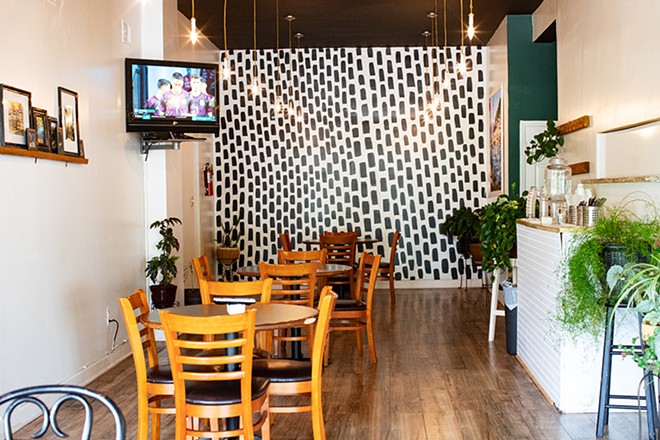 The dining room has lots of greenery.

cake, a staple Albanian dish, is a triangle-shaped filled phyllo pastry similar to the Greek spanakopita. Hoxha serves three versions: one filled with savory lamb and beef gyro meat, one made with soft Albanian white cheese with the texture of feta, and one filled with spinach and mint, giving the dish a beautiful green undertone.

ali pash, a traditional Albanian dish, features arborio rice that falls somewhere between the moist texture of risotto and a fluffy Middle Eastern-style basmati. Sprinkled with toasted almonds and raisins and topped with grilled chicken, the dish is a delicious combination of sweet and savory.

Another classic Albanian dish, olive salad has the kind of refreshing, salty, citrus flavors you crave in the heat of summer. Kalamata olives are mixed with orange wedges and sliced ​​red onions, then tossed in an oregano-infused olive oil. The salt, sweet, savory and earthiness of the dried herbs create a complex mix of flavors. The same goes for feta cheese and olive oil, which are the dominant flavors in the Trahana Soup. Made with fermented wheat flour and yogurt that appears heavier than its soupy texture suggests, the soup is infused with the salty flavor of cheese. It has a milky mouthfeel, but a dash of red chili flakes adds heat that cuts through the richness.

Arber offers a chicken gyro that is made with the same succulent grilled chicken that tops the ali pashand a deluxe version, which includes Yes, an Albanian-style meatball. The latter is an exceptional delicacy, reminiscent of gyro meat and Balkan beef sausage. responseYo. The gyro is decked out with the expected accessories – tomato, cucumber, red onion, a thick tzatziki-style yogurt sauce – but what makes it special, apart from the Yesis that Hoxha grills the bread, so it gets a crispy, almost fried, golden exterior.

The massive gyro is so delicious, it’s hard to resist eating the whole thing. However, the case of dessert will make you reconsider. Hoxha learned to make the many cakes that fill her shelves from the previous owner, a Macedonian baker, and she skillfully carries on her legacy. 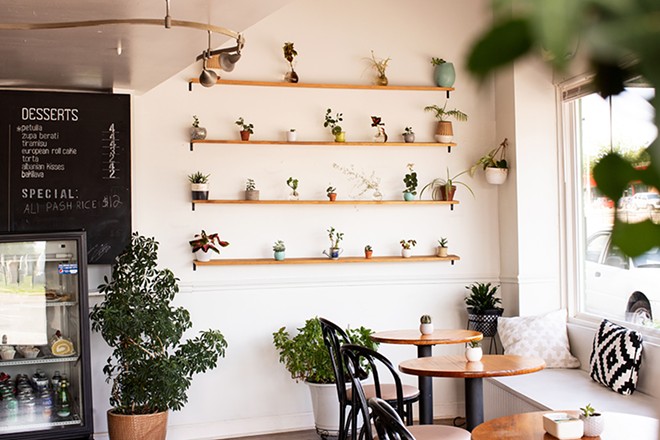 Hoxha still has tiramisu on the menu, and it’s wonderful. However, a sample of that berati soup and you’ll be so wowed, you won’t miss its espresso-flavored Italian cousin. Like Arber Cafe, something this wonderful is nice enough on its own.