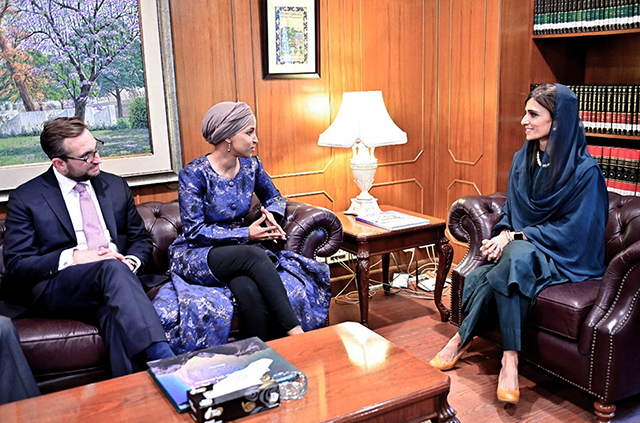 Welcome to Glean, the MinnPost’s twice-daily digest of Minnesota news.

Munir Ahmed in the Associated Press reporting Rope. Ilhan Omar met on Wednesday with pakistani leaders in the first visit by a member of Congress since a new coalition government came to power in Islamabad last week following the ouster of former Prime Minister Imran Khan. According to a government statement, Omar met with President Arif Alvi in his office

Via KARE-11: Attending students mahtomedi junior high and high school will have an e-learning day on Wednesday due to what the district called a “threatening security message.” The Washington County Sheriff’s Office confirmed that they are investigating a threatening social media post related to the decision to forego in-person learning.

Nonprofit Serving those who serve has been associated with Southside Harm Reduction Services to deliver naloxone kits for fifty Twin Cities bars and restaurantsafter organizations noticed more overdoses in bars, according to FOX9’s Courtney Godfrey.

From WCCO: The St. Paul Board of Education passed june nineteenth as a district holiday on Tuesday night. The measure means that district employees will receive a day of paid vacation on June 19, or the Friday before or the Monday after if the day falls on a weekend.

After more than 31 years as director of the Swedish American Institute, bruce karstadt announced that he will retire early next year. More from Alicia Eler in the Star Tribune.

From Richard Reeve on KSTP: Interacta St. Paul studio and gallery for artists with disabilities, exhibits the painter’s work Janice Essickincluding works in response to the murder of George Floyd.

Fairly tall: north branch police say a “420th St” street sign has been robbed so much that now it has been placed 20 feet tall on a poleaccording to WCCO.