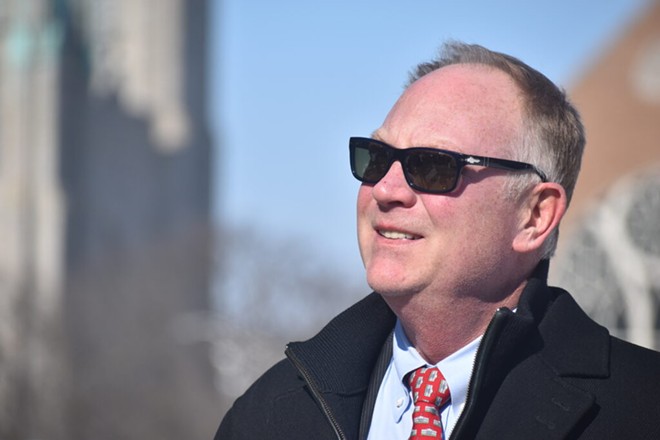 State Rep. Matt Maddock (R-Milford) has been removed from the House Republican caucus, the Advantage Has confirmed.

“As far as reason, the caucus is not discussing domestic issues,” Gideon D’Assandro, a spokesman for House Speaker Jason Wentworth (R-Clare), said Wednesday.

There have been reports that Maddock shared details of confidential caucus meetings. Maddock’s page on the House Republican Party website has been taken down and is no longer active.

Maddock’s ouster Tuesday comes after he and his wife, Michigan Republican Party co-chair Meshawn Maddock, were front and center at the party’s initial endorsement convention in Grand Rapids over the weekend.

Rep. Maddock is running to replace Wentworth as speaker, and he has the endorsement of former President Donald Trump. State Rep. Matt Hall (R-Marshall), who led the House Oversight Committee hearing in December 2020 where Trump’s attorney Rudy Giuliani and others aired baseless election conspiracies, is also running for the job.

Maddock did not respond to a request for comment.

Impeachments from the Republican caucus are rare. The last GOP member to be expelled was former state Rep. Larry Inman (R-Williamsburg), who was indicted on three counts of corruption in 2019 but was ultimately acquitted in December of that year.

This story was originally published by Michigan Advance. It is republished with permission.