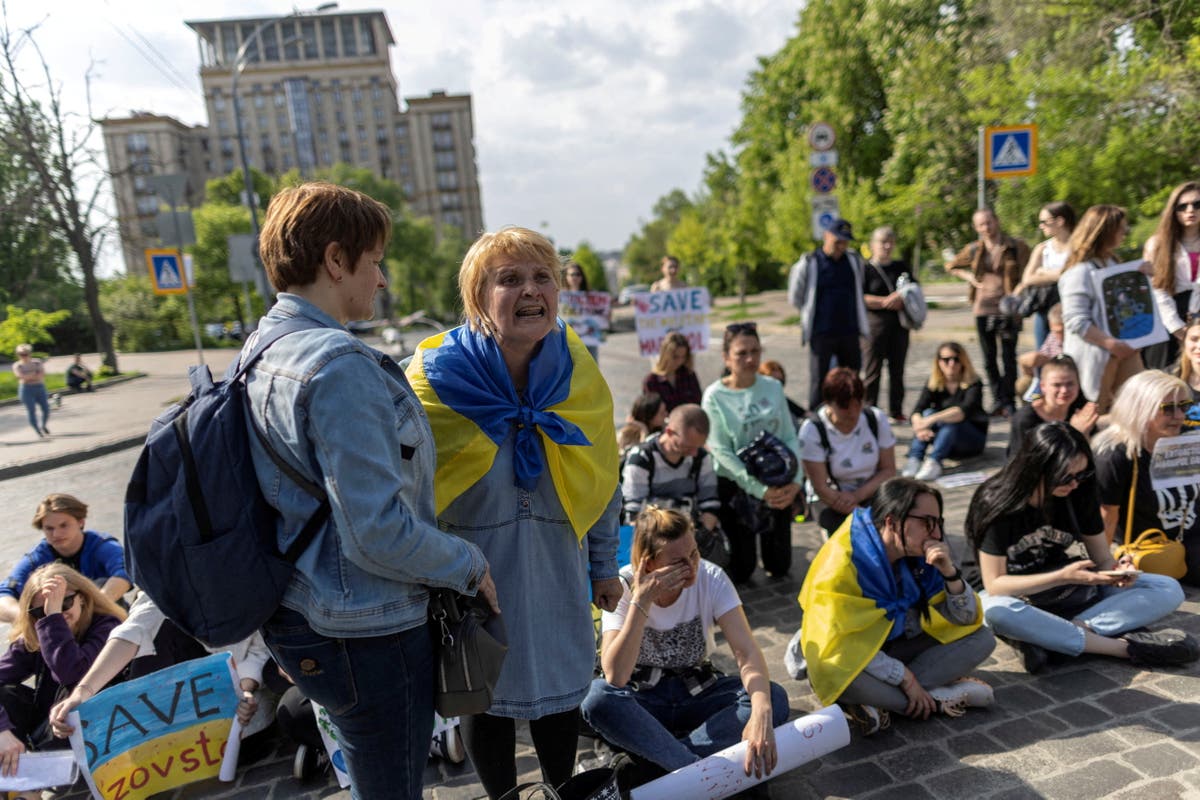 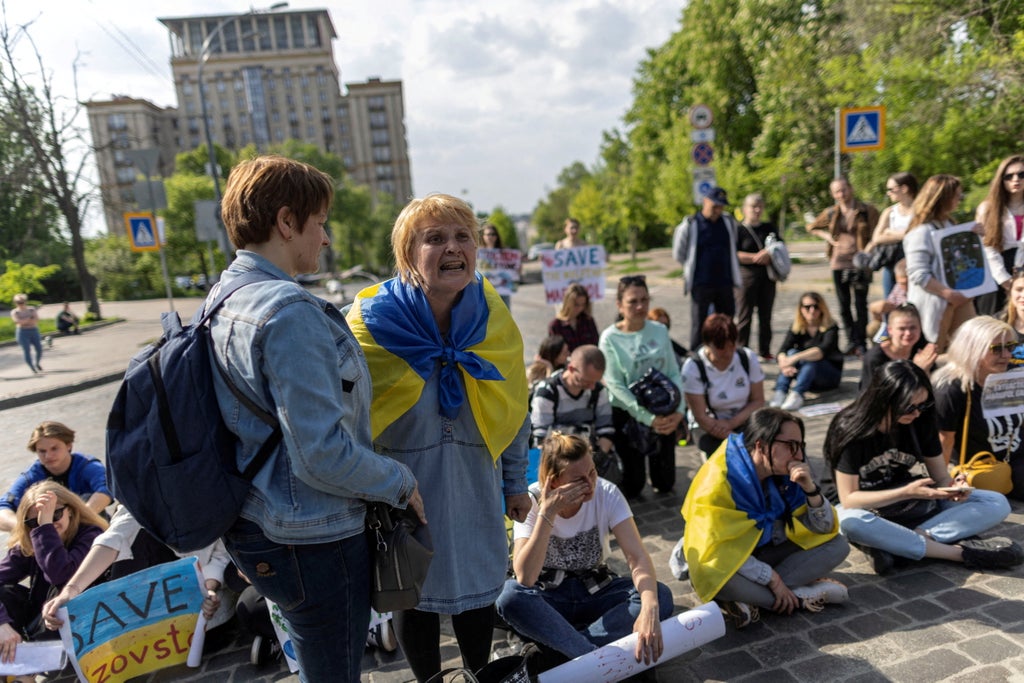 Relatives of Ukrainian fighters at the Azovstal steel plant staged demonstrations on Thursday seeking renewed efforts to save those trapped inside the plant.

Protesters marched through the center of kyiv with banners and shouting slogans such as “save the defenders of Mariupol, save Azovstal”, “glory to the heroes of Mariupol” and “save the military of Azovstal”.

Mariupol, a port on the Sea of ​​Azov, has suffered the most destructive fighting of the war in Ukraine. kyiv says tens of thousands of people are likely to have died there since the Russian invasion began and that the Azovstal steel plant is the last part of the city still in the hands of Ukrainian fighters.

Many civilians were evacuated from the sprawling plant last week under a deal with Russia, but there has been no agreement to release the fighters, many of whom are wounded and face shortages of supplies and food.

The Azov Battalion fighters said that their comrades live in unsanitary conditions “with open wounds dressed with remnants of non-sterile bandages, without the necessary medication and even without food.”

Maria Zimareva, whose relative is an Azov Battalion fighter, told Reuters: “I want all the defenders who are there to return home so that they can continue a normal life with their children and relatives.”

“The conditions they are in are horrible,” said Alina Nesterenko, a resident of Mariupol. “I have no words to describe them. That is why we are here. We are begging, we are begging in every possible way, we are begging for our loved ones to be saved.”

Demonstrations were also held outside a hotel in Zaporizhzhia on Wednesday, NPR reported.

“They are abandoning our soldiers,” said Yaroslava Ivantsova, whose husband is one of the Ukrainian fighters. “We cannot allow this to happen.”

Ukrainian authorities say there are some 1,000 fighters holding out in Azovstal’s many underground tunnels, hundreds of whom are seriously injured and in need of urgent evacuation. The plant is under heavy Russian fire.

The wives of some of the fighters appealed to Pope Francis this week to intervene with Russian President Vladimir Putin to allow their husbands to escape from the plant to a mediating country.

Ukraine’s Deputy Prime Minister Iryna Vereshchuk said on Thursday that authorities are working with the Red Cross and the United Nations to help evacuations.

“We have started a new round of negotiations around a roadmap for an (evacuation) operation. And we will start with those who are seriously injured,” the minister said on 1+1 television.

“We want a document to be signed on how an evacuation would take place in Azovstal,” he said, adding that Turkey also acts as an intermediary.

The country has offered to host talks between the presidents of Russia and Ukraine.

The Independent has a proud history of campaigning for the rights of the most vulnerable, first running our Welcome Refugees campaign during the war in Syria in 2015. Now, as we renew our campaign and launch this petition in the wake of the development of the Ukrainian conflict crisis, we call on the government to go further and faster to ensure that aid is delivered.