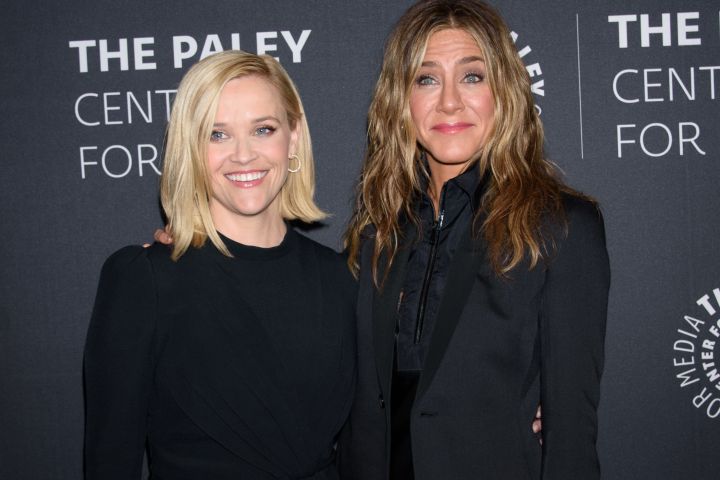 Reese Witherspoon and Jennifer Aniston had a mini “The Morning Show” reunion on Wednesday.

The actresses, who star in the hit Apple TV+ show, addressed the For Your Consideration panel on June 11, before sharing some cute snaps this week.

Witherspoon gushed in the caption, “I always love seeing my girl @jenniferaniston @themorningshow 💞💞💞.”

Aniston reposted Aniston’s photos with the message: “Reunited!” as well as a white heart and a kissing emoji.

Aniston takes on the role of Alex Levy on “The Morning Show,” while Witherspoon plays her co-host Bradley Jackson.

During FYC’s “The Morning Show” panel over the weekend, the couple talked about what it’s like to film fight scenes given that they are close friends in real life.

Witherspoon said, according to People“Some of the funniest [scenes] were when we were fighting”, as Aniston said, the scenes were “the best”.

“Because they’re not really friends unless they’ve had a huge fight, you know?” Witherspoon continued, as Aniston said that he “always had moments where I would burst out laughing.”

“You said it very convincingly, all those, all those things,” Witherspoon said of Aniston. “But we have fun together, and I think the really interesting theme this year was that Bradley and Alex are great on their own, but they’re better together.”