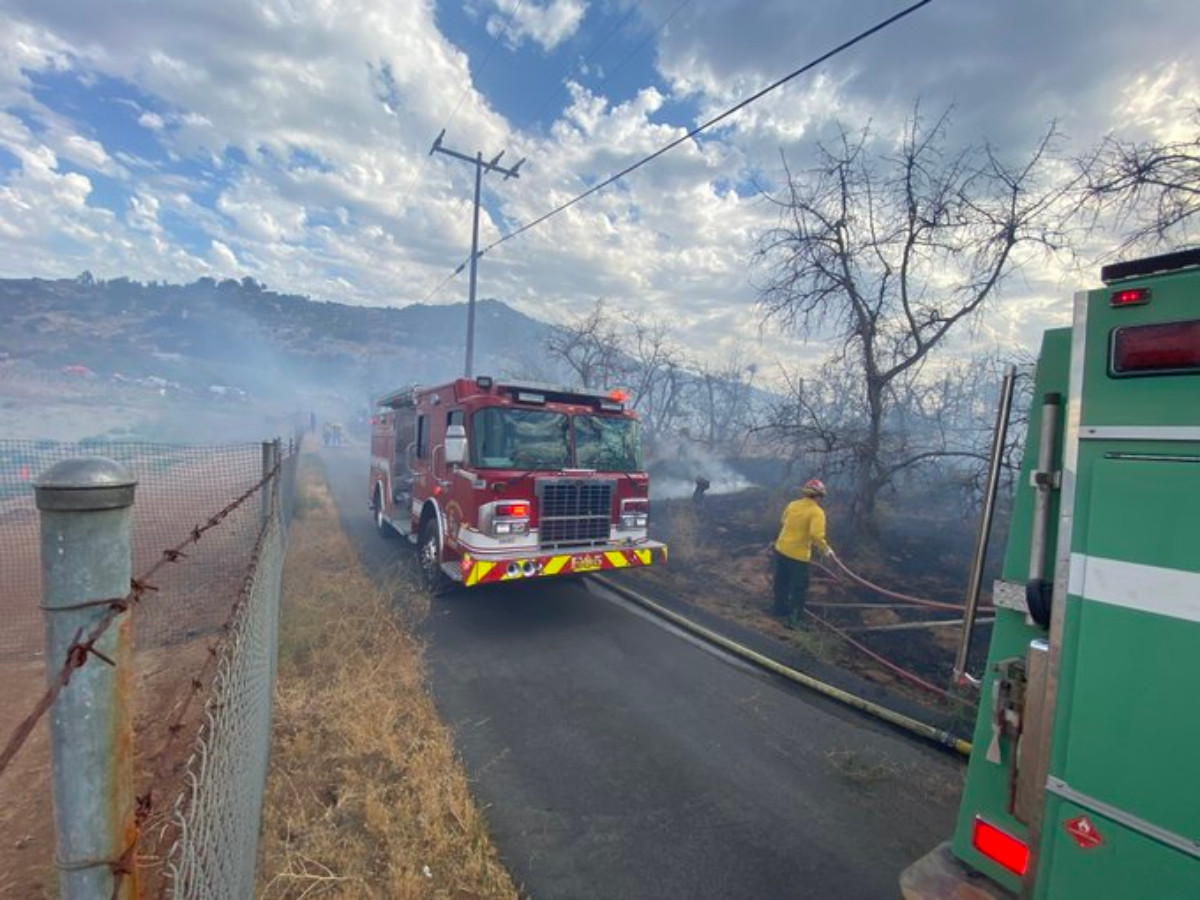 Firefighters on Wednesday contained a wildfire that spread across about five acres in a Ramona orchard, according to Cal Fire.

The fire devoured more than 100 trees and threatened several houses, but caused no structural damage or injuries.

The fire in the area of ​​Highland Valley and Wyneland roads broke out for unknown reasons around 4:00 p.m., according to Cal Fire.

It took less than an hour for ground crews and personnel aboard air tankers and water-dropping helicopters to bring the flames under control, which for a time moved toward two homes on an adjacent hillside, Cal Fire Capt. Thomas Shoots said.

Crews from the Cleveland National Forest and firefighters from the cities of Poway and San Diego also worked to extinguish the fire, Shoots said.