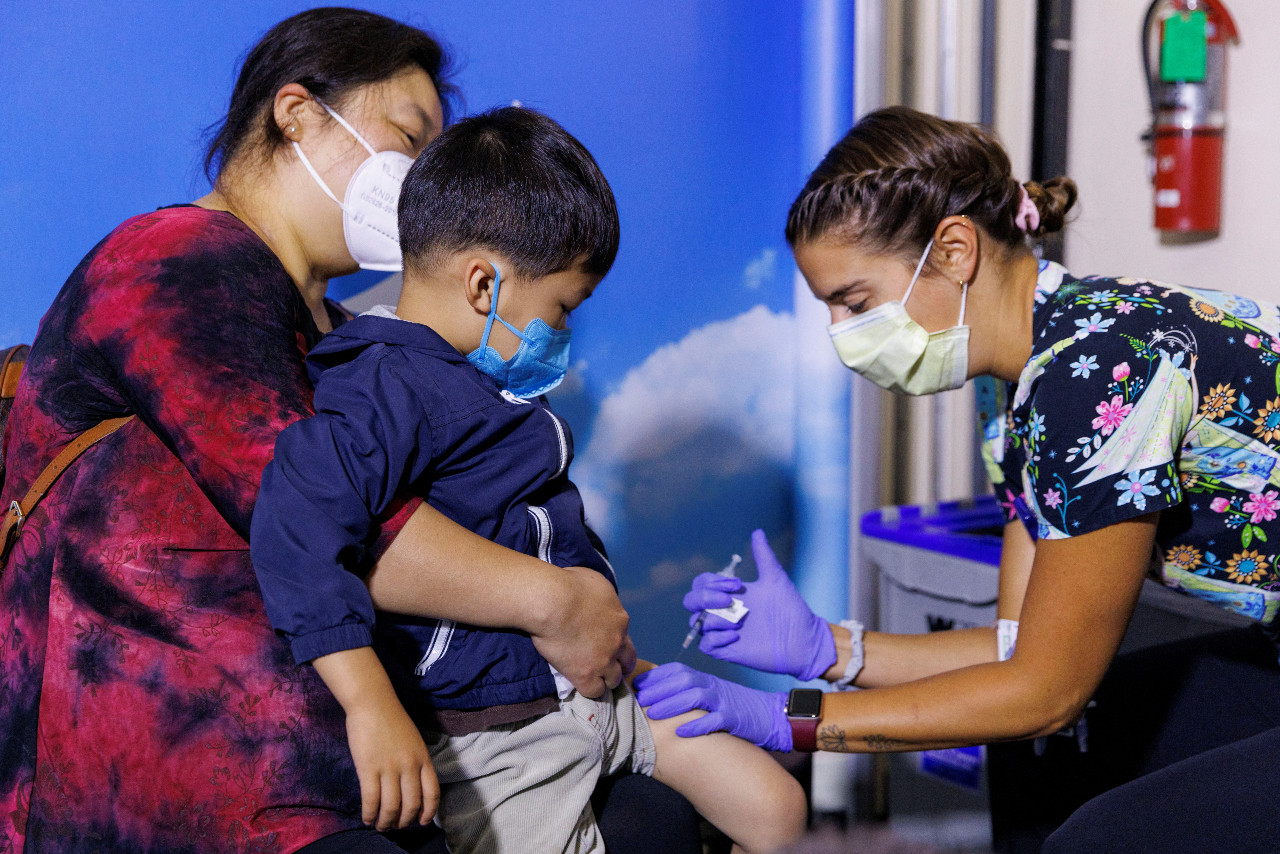 The United States has begun distributing COVID vaccines for children as young as six months, including at Rady Children’s Hospital in San Diego.

“Vaccinating children ages 6 months to 5 years will offer additional protection to those around them, including very young siblings who are not eligible for vaccination and family members who may be at higher risk of serious illness,” says Dr. Howard Smart, chairman of the Department of Pediatrics at Sharp Rees-Stealy Medical Group in San Diego.

Meanwhile, Rady Children’s Hospital posted on its website that it is now scheduling appointments for families seeking vaccines for children in that age range, 6 months to 5 years.

Yet only one in five parents with children under the age of five said they intended to vaccinate them “immediately” after they became eligible, a Kaiser Family Foundation survey released in May showed.

Only about 29% of children ages five to 11 have been fully vaccinated with the Pfizer-BioNTech vaccine since it was licensed in October, according to US data.

Chinmay Hegde, the father of a 14-month-old girl, told Reuters outside Children’s Nationwide Hospital in Washington that the US clearance was a great relief. His daughter was the first to be vaccinated at the hospital on Tuesday.

“I feel like now we can go on trips and do our trips without feeling so much stress,” she said, mentioning a planned family reunion in Canada in July.

Children who start their vaccinations with the Pfizer shot this week could get their third dose the week of September 12 or later. Those who get a first shot from Moderna this week could complete their inoculation as early as July 19.

Dr. Celine Gounder, an infectious disease specialist and managing editor for Public Health at Kaiser Health News, said parents will need to consider a trade-off between the number of injections and the risk of side effects.

Moderna’s vaccine uses a higher dose and is more likely to induce fever than Pfizer’s.

“These are not dangerous side effects and are manageable with medications like acetaminophen,” said Gounder, a former member of President Joe Biden’s COVID transition team.

But some parents may feel that “well, even if it’s a three-dose vaccine, it will minimize the risk of fever,” he said.

Jha said on Twitter Monday that the rollout for younger children differed from those for other age groups in that there were no mass vaccination sites, but more inoculations would take place at doctors’ offices.

“Parents are clear that they want to vaccinate their little ones in familiar settings: doctors’ offices, pharmacies, health clinics and children’s hospitals,” he tweeted in a thread explaining how vaccines for the youngest children would be developed.

Vaccines began shipping on Friday and Saturday, Jha said, adding that more doctors’ offices and hospitals would start receiving them on Tuesday and Wednesday.