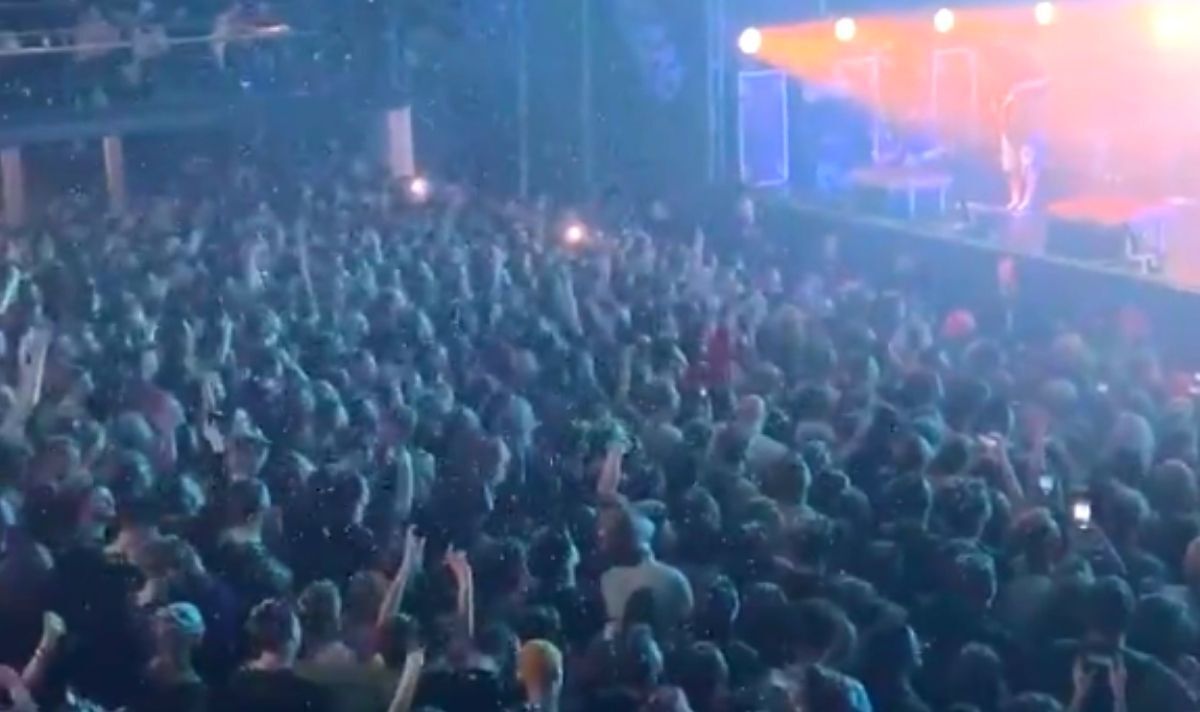 The Russian people shouted the condemnation of the war in Ukraine at a concert in St. Petersburg.

Footage from the concert records a crowd of thousands of Russians singing “Fuck War” over and over again.

Russian authorities have attempted to maintain a strict censorship on information related to the war, but anti-invasion protests and demonstrations have still broken out across the authoritarian nation.

Russian state-controlled television has broadcast extensive coverage of the war since the invasion of Ukraine began in February.

The content is strictly pro-war as the Russian authorities attempt to use the media to spread fabricated propaganda claims in an attempt to justify Russian military intervention.

Russian media claims suggest that Putin’s forces have invaded Ukraine in an attempt to free people who are trapped under the corrupt and fascist political rule.

This is clearly not the case, as the democratic nation of Ukraine has received extensive international support from NATO in its defense against the Russian invaders.

It is clear that the Russian media is highly controlled, as any comments opposing the war in Ukraine are censored or nullified with accusations of Nazi presence in Ukraine.

Khodaryonok said: “The situation for us will clearly get worse.”

He added: “The biggest problem with our military and political situation is that we are in total geopolitical isolation and the whole world is against us, even if we don’t want to admit it.”

Read more: ‘The women of Mariupol are inspiring the world with their courage’

Russian authorities have cracked down on anti-war demonstrations, as a significant number of protesters were detained in mass arrests following the events in February and March.

Along with the mass arrests, there were reports of police brutality against anti-war protesters as authorities scrambled to silence objections to the Russian invasion.

Due to the censorship of Russian reports, it is essentially impossible to determine the true meaning of the Russian nation’s support or opposition to developments inside Ukraine.

However, it is estimated that thousands of Russian citizens have fled the country since the outbreak of the war and it is widely suggested that this was due to their political opposition and fear of the Putin regime.