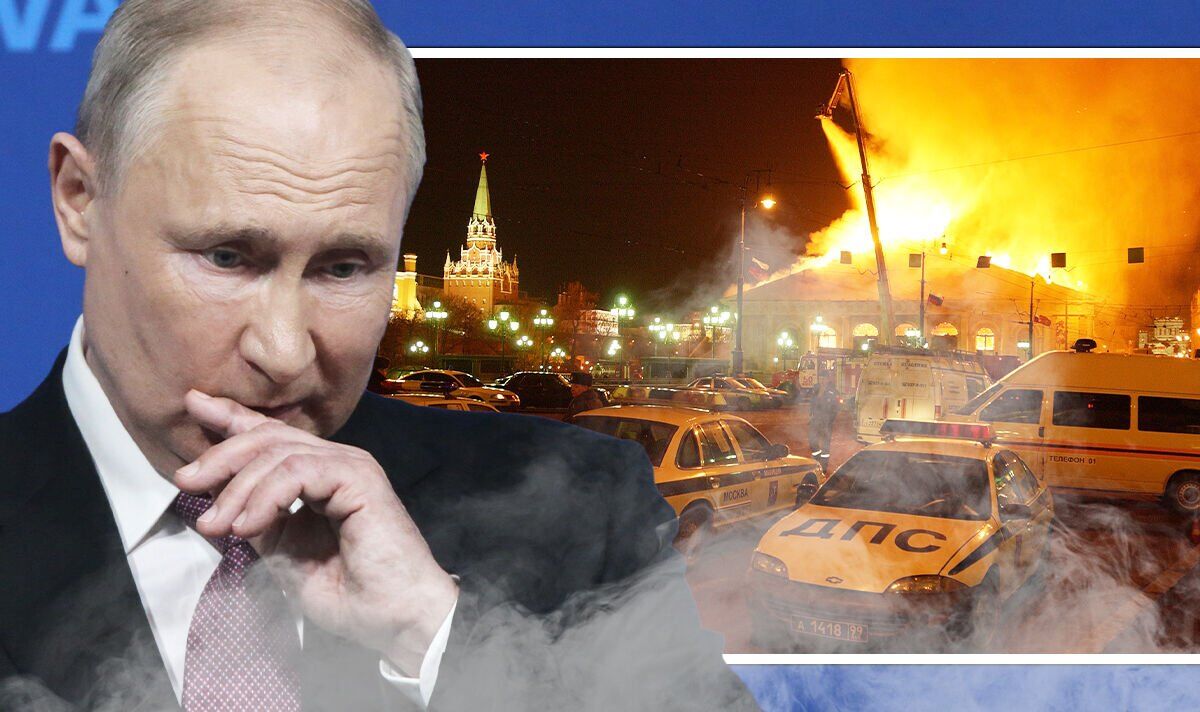 Russia is believed to have around 2,000 tactical nuclear weapons in its arsenal, some even powerful enough to kill tens of thousands of people with a single attack. Vladimir Putin’s surge in Ukraine has not gone according to plan, and his troops have met with brave and energetic resistance from Ukraine. This has seen Russia suffer heavy casualties on the battlefield, including high-ranking military forces and generals, while troops have been forced to abandon Ukrainian cities they hoped to occupy.

Now that Putin has his back against the wall, this has triggered fears that Moscow may now resort to the use of nuclear weapons in a desperate attempt to get its crumbling war strategy firmly back on track.

But Nile Gardiner, a foreign policy expert and former Margaret Thatcher aide, warned Putin that launching a nuclear attack on the West “would be the end of Russia.”

He told Express.co.uk: “The reality is that Russia’s use of nuclear weapons would be the end of Russia, and they know it.

“This has been the state of affairs since World War II, and every Russian leader since then understands that Russia taking the first step with a nuclear attack would be the end of Russia.

“Even the UK alone has the ability to cripple Russia with its nuclear arsenal, not to mention what the US has at its disposal.

“In fact, just defending the UK if the Russians attack Britain would mean the end of Russia.”

But Gardiner also warned that Putin could be at his most dangerous point with Russia’s war plan unraveling before his eyes, and that he will plan revenge.

He urged the world not to underestimate him and always remain on its guard, comparing the Russian president to a snake squirming in a bag waiting to bite someone.

READ MORE: Russia in FLAMES: Putin’s nightmare as the fire destroys a building

However, Gardiner added: “But at the same time, the Russian rhetoric about the use of nuclear weapons is overwhelmingly intended to intimidate.

“It is intended to divide NATO and threaten the countries that intend to join that defense alliance.

“This is just classic Russian propaganda that we’re seeing here, where they’re making all kinds of threats and they’re trying to split the Western alliance.

“Russia has many nuclear weapons and is always prepared to use them as part of its nuclear posture, and that should not surprise us.

“It is also part of their psychological warfare campaign that is designed to bring the fear of God to Western countries.”

Admiral Sir Tony Radakin, head of the British armed forces, has warned that Putin could face the prospect of an arms deficit after underestimating the response shown by Ukrainian forces.

The Chief of the Defense Staff said: “You also see, on a daily basis, Russia struggling to build momentum, struggling to align its air forces with its ground forces and struggling to get what we call a modern campaign that creates that momentum. “

Sir Tony also stated that since the beginning of the war, Russia has lost a humiliating quarter of its forces, and its fighting continues in the key battlefield of the Donbas region in the east of the country.

He added: “We are talking about a severe impact on their armed forces.

“We’ve eliminated 25 percent of his forces, either by killing people or by damaging his battalion’s tactical groups.”