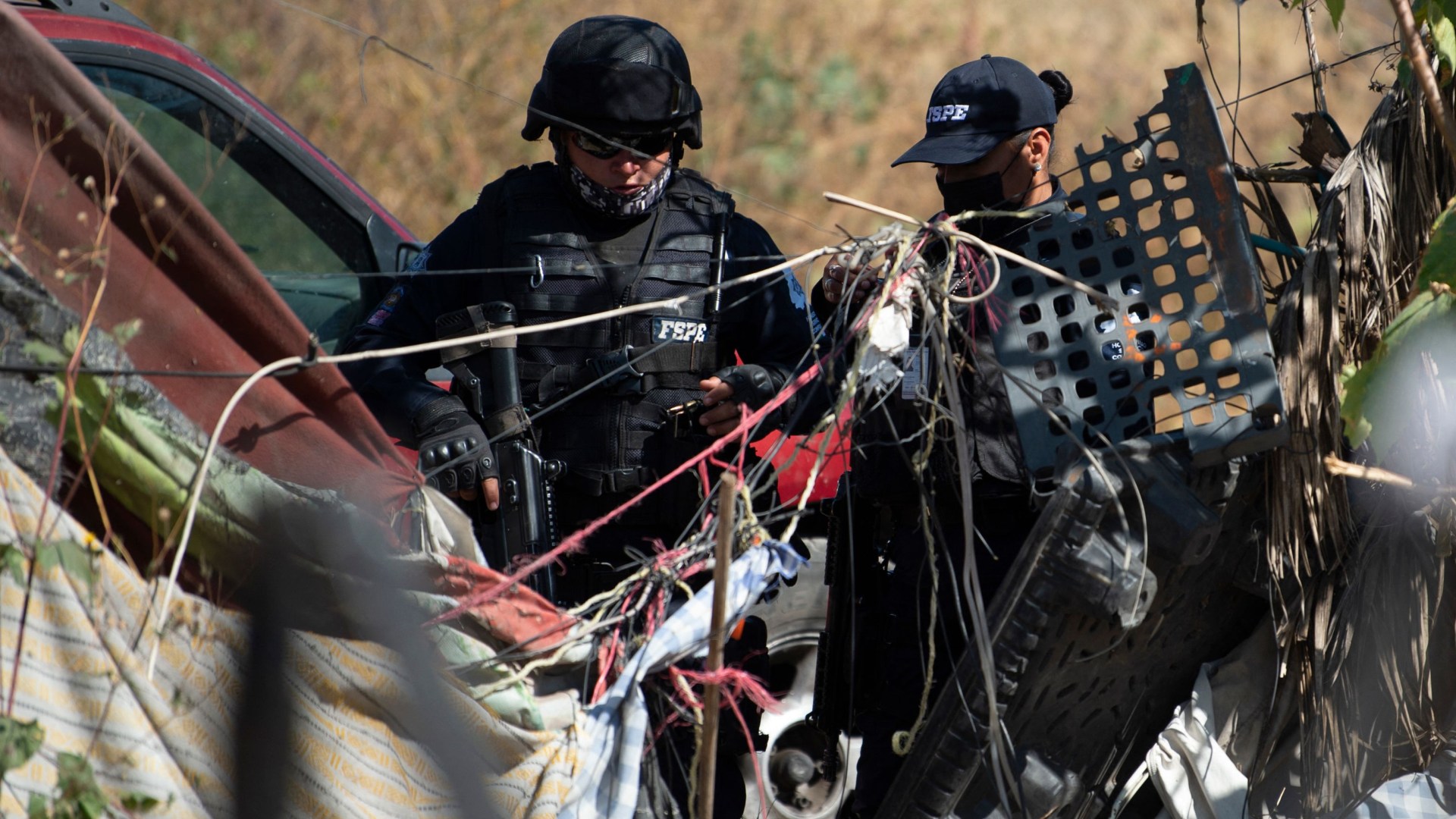 In Mexico, a dog with a human hand in its mouth led to the gruesome discovery of 53 garbage bags full of body parts.

The gruesome discovery was made after the dog returned with a human hand in its mouth.

Bibian Mendoza, the founder of the women’s collective searching for the missing, said that she came to look for her brother after hearing the news about the dog.

He followed the cub, which led him straight to a mass grave.

The remains have now been exhumed and analyzed after they were first discovered in October. 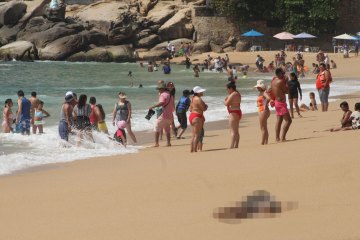 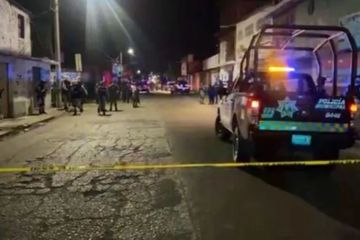 It is not yet known how many of the remains have been identified, but experts are believed to be working with police to do so.

The name of Bibian’s brother has not been released yet.

Bibian told Agence France-Presse: “We were digging up the bodies while people from all over the world were celebrating the Cervantino festival, an international arts festival, in the area.

“At the same time, I thought it was useless because they were burying more people elsewhere.”

Police officers are pictured guarding members of Bibia’s Hasta Encontarte (“Until We Find You”) group as they search for missing relatives in a mass grave.

The central Mexican state of Guanajuato has the highest homicide rate of any region in the country.

The state saw more than 2,400 murders and nearly 3,000 disappearances between January and September this year.

Much of the violent crime in the region is believed to be linked to Mexico’s violent drug cartels.

It is driven by a years-long war between the deadly Jalisco and Sinaloa Cartels for control of the cocaine and fentanyl trade.

Several cartel members were killed on Sunday after they attacked a police station in Celaya, 40 miles east of Irapuato.

On November 9, nine people were killed in a shooting at a bar in Apaseo el Alto, Guanajuato.

“Gang violence related to the theft of oil and natural gas from the state oil company and other suppliers is occurring in Guanajuato, primarily in the southern and central areas of the state,” the US State Department said in a recent travel advisory. month

“Of particular concern is the high number of murders linked to cartel-related violence in the southern region of the state.”

It comes just weeks after a dog was spotted carrying a severed head in its mouth in central Mexico.

Residents of the violent Mexican state of Zacatacas were shocked Wednesday evening when they witnessed a stray dog ​​carrying decapitated bodies.

The head was thrown onto a cardboard sign near a Mexican ATM kiosk in Monte Escobedo, a law enforcement official said.

Terrified residents saw the animal running away with the corpse’s head before the police investigated the scene.

The gruesome remains were left with the message “the next head is yours” signed by El Mencho, the leader of the Jalisco Next Generation Cartel (JNGC), the most wanted man in Mexico.