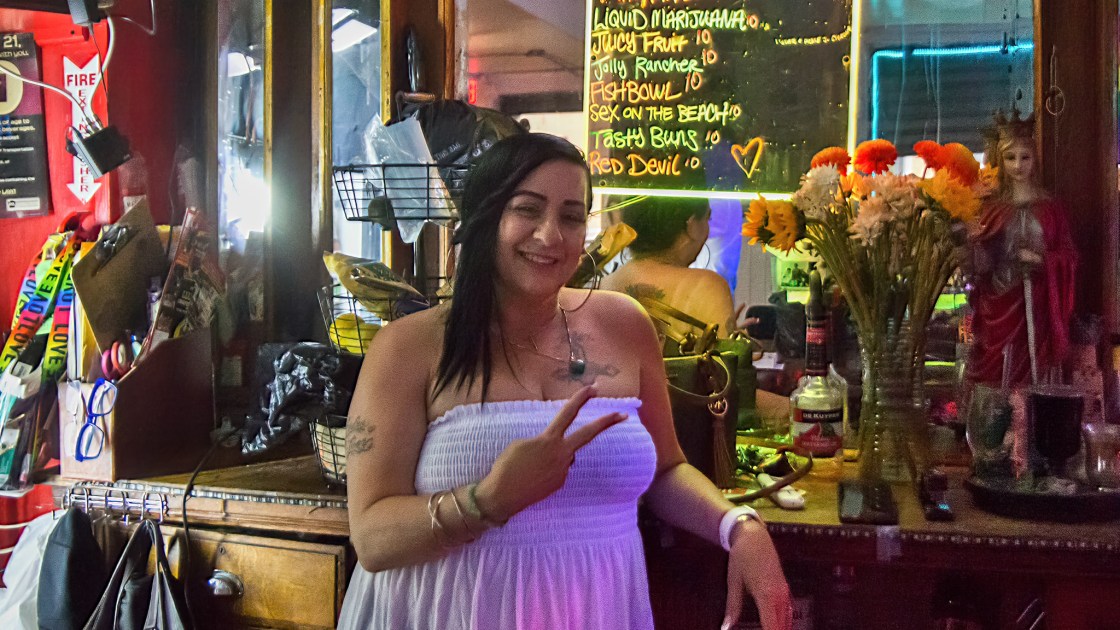 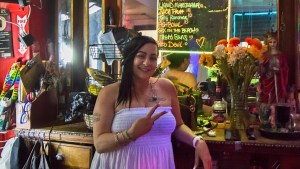 Read this story in English here

Naiymah Sanchez remembers dancing on the second floor of Woody’s during Latine night at the iconic Gayborhood bar. Looking out of the corner of her eye she saw that someone was following her, trying to flirt with her.

Elle was interested, but she wasn’t sure how she would react to knowing that she was a trans woman. After a few drinks she decided to tell him.

As soon as he told her, he threw a drink in her face — and the incident resulted in Sanchez being fired. It was the last time she went to Woody’s.

“As someone who grew up in Philadelphia, I [debería] have more rights in that nightclub than that person who was obviously not from the community,” said Sanchez, 38.

Discrimination has become a common experience for many queer Latinos in the city, as the number of spaces for them decreases. Aside from Sammy’s Place in North Philly, they are almost non-existent. Many of the nightlife venues that go out of their way to cater to non-white queer people advertise extensively for people of color, which many Latines feel doesn’t always take into account their needs or identity.

Sanchez, who is Puerto Rican, does not feel safe in traditionally queer spaces because she believes they exclude her Latin community.

“It’s not just, ‘You can’t come here,’” he told Billy Penn. “It’s about the policies they create, the music they play or the food they serve. It’s not food, music or politics that embody who we are and create spaces where we feel safe.”

During the ’70s and ’80s, there were many nightclubs and bars around the city for queer Latine according to David Acosta, the artistic director of the social justice art group Casa de Duende, but they slowly closed.

When North Philadelphia’s popular El Bravo bar closed in the ’80s, it left a huge void in the community, big enough to raise questions about how queer Latinx were going to socialize in Philadelphia, Acosta said.

In 1989, the Colombian-born activist founded GALAEI, Gay and Lesbian Latino AIDS Education Initiative, an AIDS education initiative for Latin gays and lesbians, with a mission to address the issue of AIDS and specifically how it affects minority communities.

GALAEI first started out in downtown Latine nightclubs, Acosta recalls, where they would have salsa nights to attract more people.

Today, however, queer bars are “like dodo birds,” said Acosta, 63. The only lesbian bar in Philadelphia was closed in 2021 due to rising rents and fewer customers, and it is believed that there are only 14 left in the entire United States.

Acosta believes it is due to a larger trend, the disappearance of queer neighborhoods. Places like the Gayborhood in Philadelphia or the Castro in San Francisco initially offered what seemed like sanctuary. But as acceptance and tolerance of LGBTQ people became more widespread, many former residents decided they could leave, leaving room for non-queer people to move in.

Queer spaces that remain, like Woody’s, are starting to see more straight patrons. Some venues offer Latine nights, but Acosta feels it’s more to benefit from the community than to provide validation or representation.

“They are offering something that the community wants and needs, but it is a business,” he said. He summed up the attitude like this: “I’m doing this so you can come and spend your money and feel like we gave you your space.”

Latine elimination and the fear of saying it

Even in spaces made specifically for queer Latine, it can feel like that identity is being erased, said Valentina Rosario de Jesus, a program manager at GALAEI.

When Elle joined the nonprofit at age 14, she fell in love with how the organization encapsulated her multifaceted identity. Now at 24, she told Billy Penn that’s starting to change.

Some Latins who don’t feel comfortable with this change say they don’t talk about it for fear of being misunderstood.

“When we started talking about this we became ‘angry Latinos,’ we became ‘racist Latinos,’” Rosario de Jesus said. “We became everything under the sun, except Latines who are looking for a place that is for us.

“If something is missing, we must create something new,” she added. “Not adopting a space for marginalized people by changing the narrative to better fit other people’s needs.”

Sanchez, the woman who was kicked out of Woody’s because a drink was thrown in her face, believes that non-profit organizations generally lack support for queer and trans Latinos. Sometimes they ignore or reject your needs, such as having services in Spanish.

“It continues to present challenges because it increases the trauma and harm that we experience, whether it’s in the community, with community-based organizations, in society, with inclusive nightclubs, or anywhere,” Sanchez said.

Sammy’s Place, owned by Iris Melendez since 1993, is a staple in the community — and about the only space for Latin queer people in the city.

“I am proud to be able to serve and open the doors to a group of people who really have no other place,” said Melendez, a 58-year-old Puerto Rican.

But it’s not just a bar, it’s “where friends become family,” Melendez told Billy Penn. A place for birthdays or salsa nights, where straight patrons are welcome and mingle easily. While it’s rewarding, it hasn’t been easy.

With the changing habits of the pandemic and the gentrification of the area, Melendez said the old-school bar has started to attract younger patrons. He turned Wednesdays into free salsa nights, and Thursday oldies turned into Thursday Latin nights.

While Melendez is excited about these new changes, others are angry at this trend.

Gentrification displaces members of the Latino community and renovates essential places in the neighborhood, Sanchez said, citing the closure of the Latino Roots Bar on B and Allegheny. “We can’t even afford to live in our communities, let alone party,” she told her.

In 2019, Philadelphia was considered one of the seven most gentrified cities in the country. But Melendez said he doesn’t think the lack of queer Latino businesses is due to “yuppies.” She thinks it’s a generational issue, and that because they’re older, these Latin bar and club owners in the city are less accepting of queer identity.

However, Melendez wants to give queer Latinos a place where they can be themselves and feel accepted.

“We all need a space, we all want to find that place that we migrated to and that we call a second home,” Melendez said. “Where every time you walk in the door, they know who you are.”