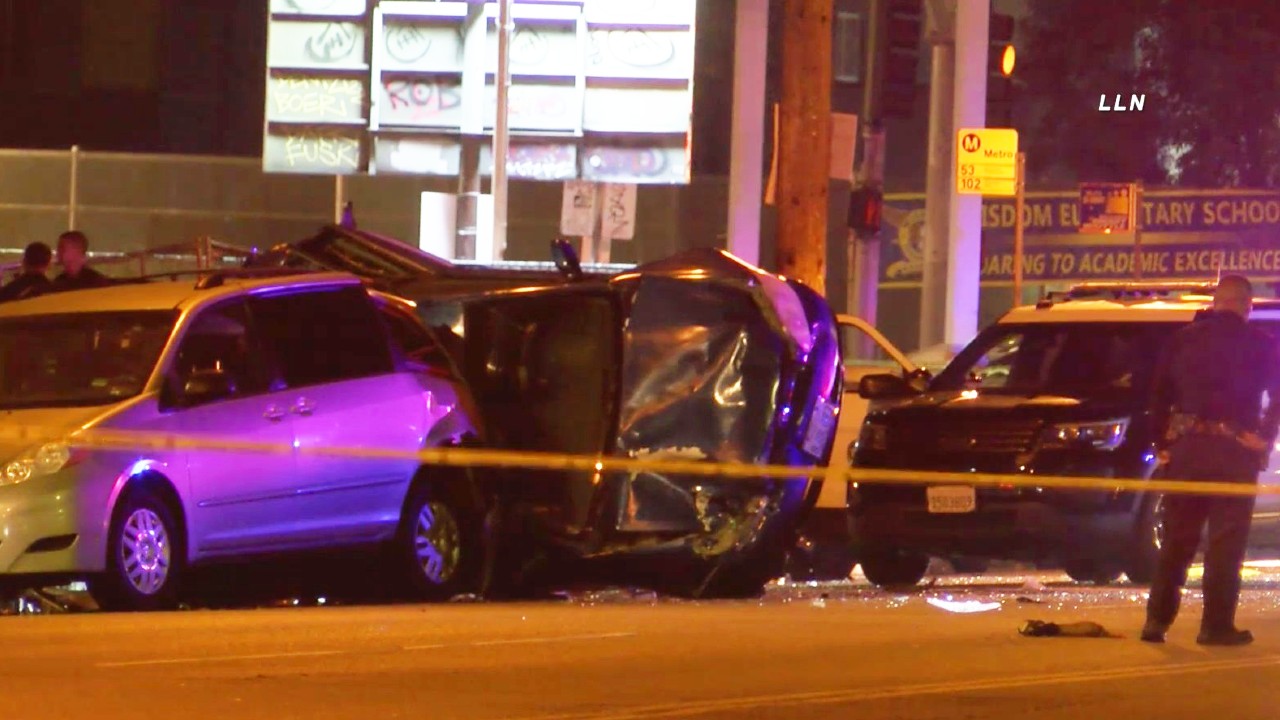 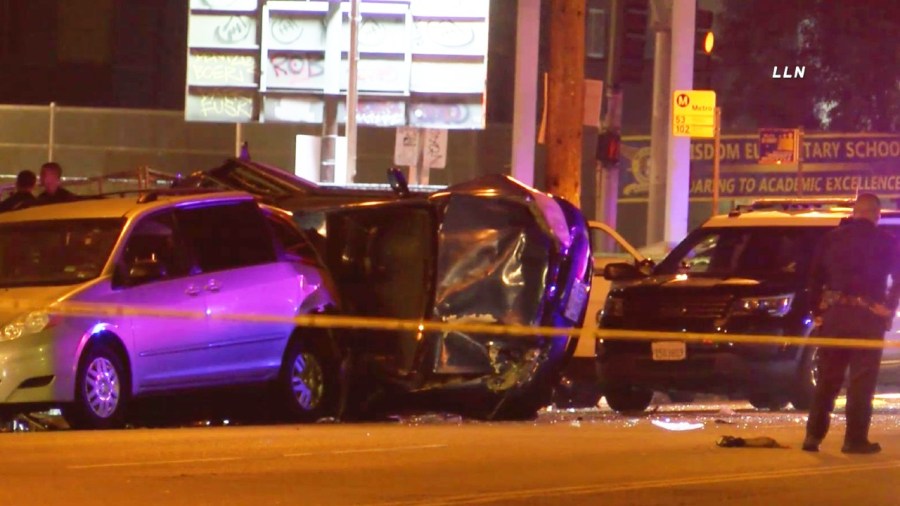 A high-speed chase ended with a pedestrian being struck and killed in South Los Angeles early Thursday morning.

Officers were trying to stop a stolen vehicle around 12:30 a.m. in the Florence neighborhood when the driver sped off, a Los Angeles Police Department spokesman said.

A short time later, the vehicle struck a pedestrian crossing the street near the intersection of East Florence and South Central avenues.

The pedestrian, said to be a man in his 50s, was pronounced dead at the scene, according to the spokesman.

Video from the scene showed the stolen vehicle flipping over as a result of the crash.

The driver, described only as a 30-year-old female, was hospitalized with non-life-threatening injuries.

No one else was inside the stolen vehicle at the time of the crash and no other injuries were reported.