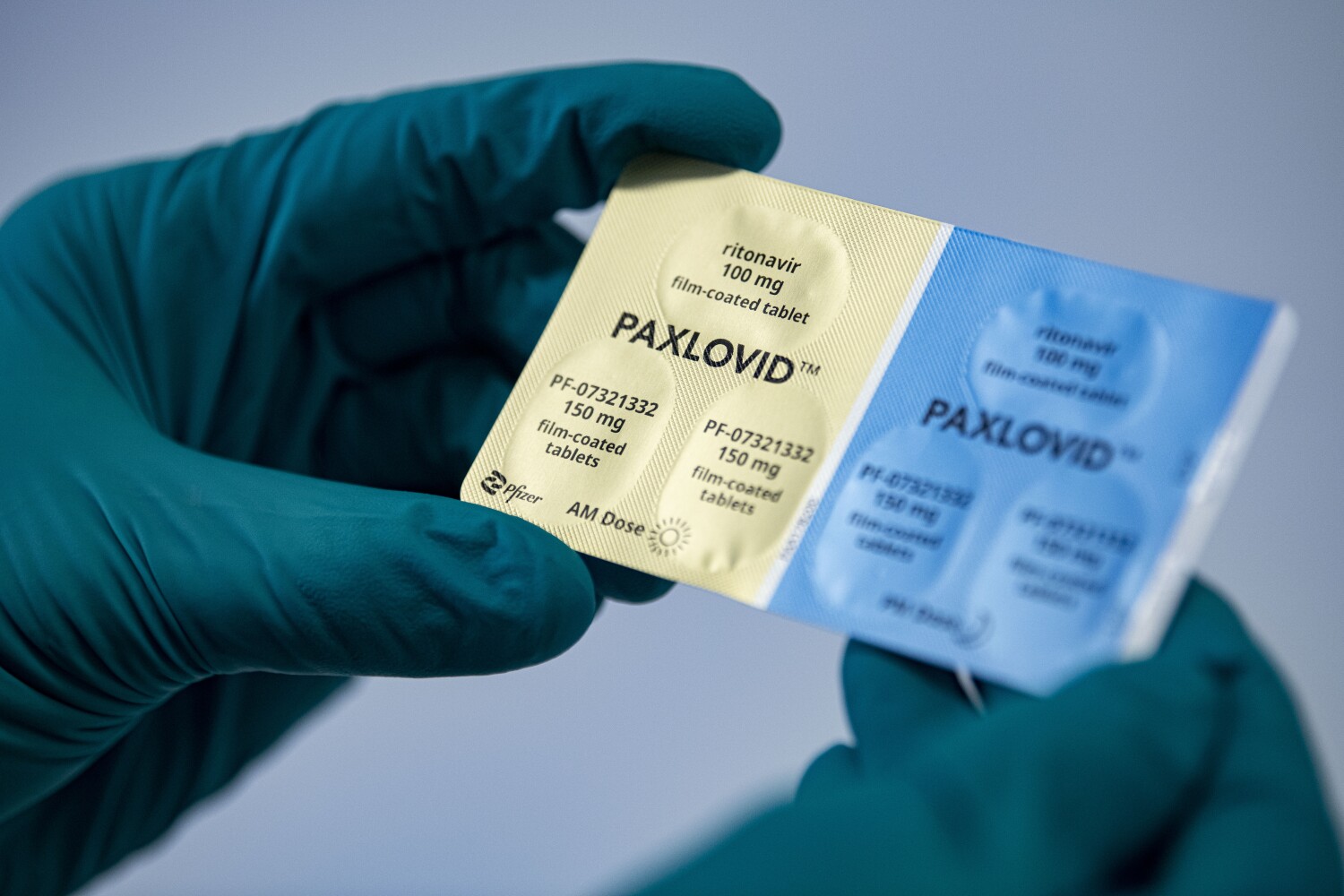 Some coronavirus-positive patients who have completed treatment with the COVID-19 drug Paxlovid are recovering, and experts are urging people to be careful if they develop COVID-19-like symptoms again and become infectious.

It’s not clear how often “post-Paxlovid rebound” occurs, but UC San Francisco Department of Medicine chairman Dr. Robert Wachter said he knows of at least one person who completed Paxlovid treatment and then became infectious again, spreading the virus to other family members.

“It can happen”, Watcher tweeted. “If you develop recurrent symptoms and have a [positive] quick test, you’re infectious. Please act accordingly.”

“They have occurred in significant enough numbers that a lot of people have noticed them in a lot of different places,” he said.

In a statement on its website, the US Food and Drug Administration said it is aware of reports of COVID-19 symptoms returning after completing Paxlovid treatment. “In some of these cases, patients tested negative on a direct viral test for SARS-CoV-2 and then tested positive again,” the FDA said.

The agency said that in the Paxlovid clinical trial, there have been some patients, about 1% to 2%, who tested negative and then tested positive. The finding wasn’t just in people who took Paxlovid; it also occurred in those who took the placebo.

“Judging from all the anecdotes, though, rebound seems more common than that – we’re waiting for good data,” Wachter tweeted. Wachter suggested that a person who has completed a course of Paxlovid and then tests positive again should be considered infectious.

Those who want to be especially careful about the risk of infecting others may want to consider wearing a mask in all indoor settings, including around family members from the same household, for a while. Some more days or maybe a week once Paxlovid treatment is complete, Wachter said.

Even a rapid negative test after completing the five-day course of Paxlovid could provide false assurance that a person is not contagious. A negative rapid test result suggests that a person is probably not infectious, but there is still a small chance (perhaps 1%) that a person in this situation could test negative and still be contagious, Wachter wrote.

The post-Paxlovid COVID-19 rebound still appears to be unusual, Wachter said, and it’s not harmful to the recovering patient. Wachter said the rebound news shouldn’t discourage people from taking Paxlovid, given its high rate of effectiveness against serious illness and death.

Data has shown that Paxlovid, made by Pfizer, reduces the risk of hospitalization or death from COVID-19 by 89% among higher-risk adults who have not been hospitalized.

Also, it’s plausible, but not proven, that “rapidly reducing viral load (which Paxlovid does) could reduce the risk of prolonged COVID and make people less infectious,” Wachter wrote.

The FDA agreed that the rebound reports of COVID-19 following Paxlovid do not change scientists’ general opinion that the drug is highly effective.

“Most importantly, there was no increased incidence of hospitalization or death or development of drug resistance,” the FDA said. “These reports, then, do not change the conclusions of the Paxlovid clinical trial that demonstrated a marked reduction in hospitalization and death.”

The FDA said patients should wear a mask and stay home and self-isolate if they have any symptoms of COVID-19, regardless of whether they have been given an antiviral drug such as Paxlovid.

A report by UC San Diego scientists posted online Wednesday looked at the history of a traveler who returned to the US after a trip to South Africa and had recurrent COVID-19 after completing a course of Paxlovid. The scientists said the most likely possibility for the recurring symptoms was “insufficient drug exposure.”

Among those who watched the rebound was Dr. Paul Sax, an infectious disease expert at Harvard Medical School, who recounted in a recent blog post how a COVID-19 patient recovered quickly after taking Paxlovid, but a week later he called him to tell him that he had already reoffended. Although the symptoms were not as bad as his initial illness, rapid test results showed that he was “clearly positive again.”

“His biggest concern was getting back out into the world without infecting someone. She really wasn’t that sick; she just wanted advice on when she could go back to work and start socializing again,” Sax wrote. “‘Avoid close contact with other people until the test wears off,’ I told him.”

The patient made a full recovery and started testing negative a few days later, Sax wrote.