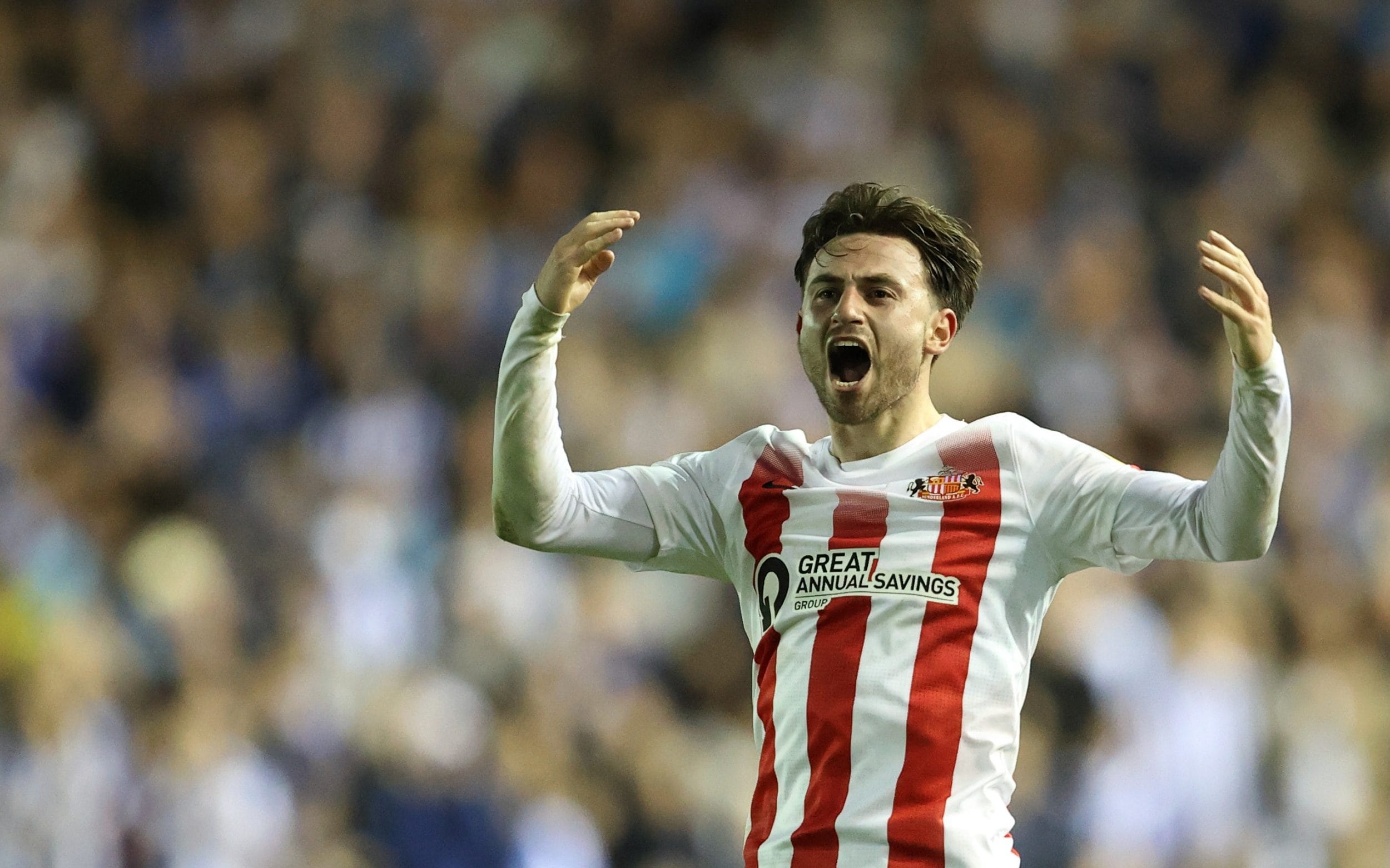 Just when it looked like Sunderland’s play-off curse would strike again, Patrick Roberts once again tormented Sheffield Wednesday with an injury-time goal and sent his side to Wembley for a chance at promotion.

Roberts had scored the goal for Derby last season that helped relegate Wednesday to League One and with the clock ticking down and extra time approaching, he scored again.

It seemed the Black Cats’ unwanted record of never winning a play-off final threatened to continue against the backdrop of an impassioned Hillsborough crowd.

The hosts had been hoping to reach next week’s final against Wycombe Wanderers when Lee Gregory stepped in, but Roberts struck to death to continue Wednesday’s heartbreak against him.

They must imagine their chances at Wembley now. While they have a terrible record at this stage, Alex Neil has never lost a play-off game.

Leading by a single goal in the first leg, they were up against a raucous crowd that acted as the 12th man, urging the hosts forward in their bid to remain in the third tier for just one season. Owls fans made a tremendous ruckus, questioning every decision James Linington made and making things awkward for Neil’s team.

Danny Batth was involved at both ends for Sunderland, requiring treatment in a desperate attempt to keep Wednesday at bay, then taking a direct shot between the legs to stop the oncoming attack. When his team took the lead, he was at the end of a free kick and sent a header that went over the crossbar.

They worried about meek penalty appeals on Wednesday, the only one with any convictions coming when Josh Windass was impeded in the penalty box by Dennis Cirkin, who appeared to use an arm on the ball. George Byers had an acrobatic goal attempt that was equalized by Anthony Patterson during a short game on clear chances.

After the break, the Black Cats’ threat came from Jack Clarke, who made a run that took him nearly the width of the field. As he passed the ball to Patrick Roberts, Bailey Peacock-Farrell stopped the eventual curling effort.

Darren Moore’s side were taking good form in the play-offs, losing just once in the last 11 games of the regular season, however they found Sunderland hard to take down until they finally got Barry Bannan to take the ball.

Once Bannan was given time on the ball, he unlocked the Sunderland defense with a precision reverse pass. Marvin Johnson was suddenly clear and chose Gregory for his teammate to play at home.

Hillsborough shuddered at the looming overtime, but Roberts had the last word, converting on a Jack Clarke cross.