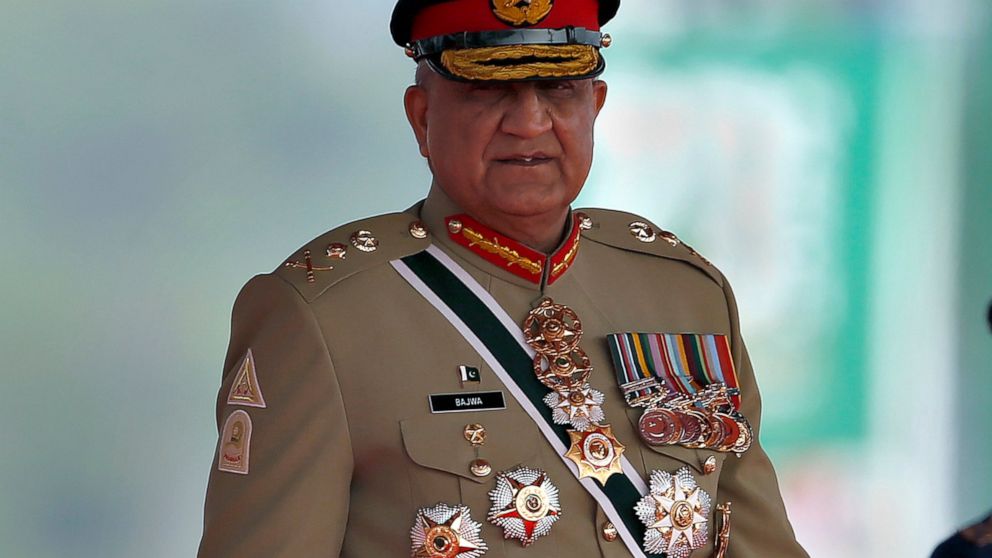 ISLAMABAD – Pakistan’s Prime Minister Shahbaz Sharif has appointed the country’s former intelligence chief as the head of the army.

The military has historically wielded enormous political influence in Pakistan, ruling it for half of its 75-year history and also overseeing the country’s nuclear program. Like its neighbors China and India, Pakistan has a nuclear arsenal and a missile system aimed mainly at India.

Khan wants early elections and Sharif’s resignation. Sharif, who replaced Khan in a no-confidence vote in parliament in April, rejected the request, saying the next elections would be held as planned in 2023.

Khan was not immediately available for comment on Munir, who served as director general of Inter-Services Intelligence while Khan was in office. Khan dismissed Munir without giving any explanation.

On Thursday, Defense Minister Khawaja Mohammad Asif told reporters that Munir’s nomination to the post of army chief was made “according to merit, law and the constitution”. decision without any delay.

“It will also help our country and the economy get back on track because everything is at a standstill right now,” he said.

Azim Chaudhry, a senior political analyst, told The Associated Press that Munir held important posts under Bajwa, including the head of military intelligence. He expressed hope that the new army chief would depoliticize the army in line with Bajwa’s policies.

It is not clear whether President Arif Alvin will immediately approve the appointments as he is a former member of Khan’s Tehreek-e-Insaf party. On Thursday, Alvi and Khan met in Lahore to discuss Munir’s candidature. Khan’s Tehrik-e-Insaf party did not comment on the meeting. Alvin was expected to make a statement about the meeting on Thursday.

According to constitutional experts, Alvi should have approved the appointments.

Senior constitutional expert Aitzaz Ahsan said that Alvi can delay the approval of appointments by 25 days.

Also on Thursday, Interior Minister Rana Sanaullah Khan said Thursday that Sharif had promoted Munir to the rank of four-star general and Munir would not retire this week even if Alvi delayed approving his appointment as army chief.

Khan extended Bajwa’s term in 2019 amid rising tensions with India. But Khan later developed differences with Bajwa over the appointment of the country’s new intelligence chief to replace Lt. Gen. Faiz Hamid. These disagreements continued until Khan was overthrown.

Since then, Khan has accused Bajwa of conspiring with the US to force him to overthrow his government – a charge Washington, Sharif and the military have repeatedly denied.

Bajwa called Khan’s claims a “false narrative” in a recent televised address at an army gathering.

“If there was a foreign conspiracy, would we be silent? That would be a great sin,” he said, without mentioning Khan by name.

Bajwa said on Wednesday that the army had so far shown restraint but issued what appeared to be a veiled warning against Khan.

“Remember that patience has a limit,” Bajwa said.

Alvi held at least one meeting in the capital, Islamabad, as part of a reconciliation effort between Khan and Bajwa. But government and military officials say Alvin’s efforts failed as Khan continued to make accusations against Bajwa.

The former cricket hero began a protest march from the eastern city of Lahore on October 28 before surviving a gun attack that left one dead and 13 injured. Since then, Khan’s protest march has already been moving towards Islamabad in convoys.

Khan is expected to lead a protest march from Rawalpindi on November 26.