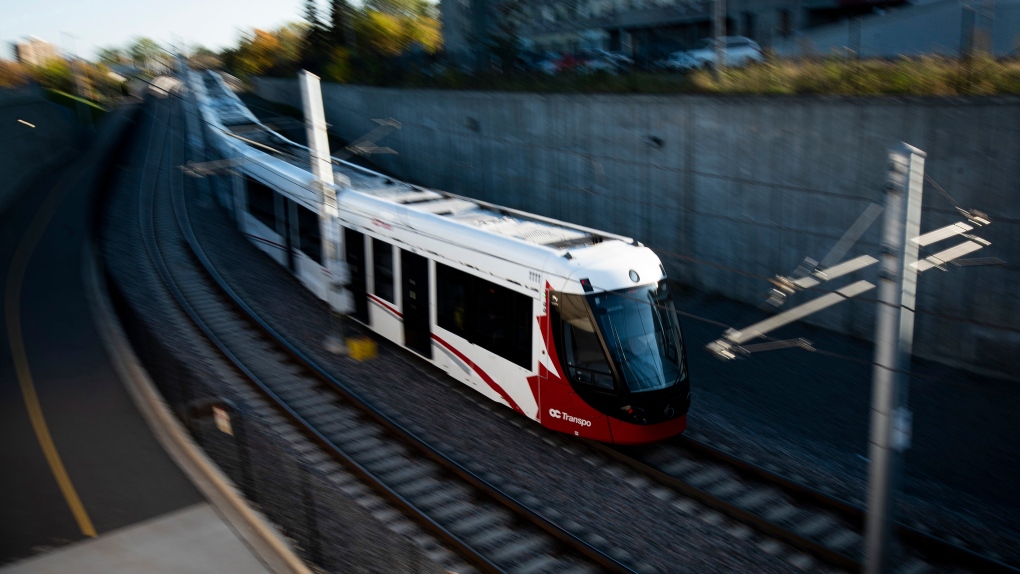 Commission attorney John Adair questioned Manconi about the pressure to launch the system after several missed deadlines. Political pressure has been a topic of the investigation since day one, when former railway director John Jensen testified that there was pressure from the mayor and council in the early days.

Manconi insisted there were none. “There were a lot of requests and a lot of disappointments with missed deadlines, a lot of people who were anxious, but there was no political pressure to do it by a certain date,” he said, adding that everyone in Ottawa wanted the system to be ready.

Adair then walked Manconi through a series of emails that referenced numerous chronic issues.

A December 2018 email from John Manconi says: “The situation is very serious” and lenders’ payments were at risk of being withheld.

In April 2019, another email from Larry Gaul, part of the independent assessment team to OC Transpo officials, read: “Last week was eye opening…the number of vehicles and failures in the system is very concerning.”

Another member of the evaluation team, Tom Prendergast, wrote a similar email in June.

“I share your concerns about everyone’s readiness as they move into revenue service,” he wrote.

Those problems continued during testing. “The results did not come close to the threshold that had been set.”

Manconi replied: “They had difficult days.”

The commission heard that during the day before substantial completion, only four of the 15 trains ran on the line.

The city accepted the Confederation Line even though they did not have the full 34 vehicles, which was part of the project agreement.

Within weeks of LRT’s launch, problems with the doors, onboard computer systems, and more began to surface.

Long delays after a door malfunctioned contributing to a cascading problem throughout the system.

But the lawyer suggested that much more was at stake.

“RTG was pressuring you to do them favors and rate things differently, right?” Adam asked.

“Weren’t they asking you for favors?” Adam said.

“They weren’t asking me to score differently,” Manconi said.

“Were they asking the city to score differently?” Adam asked.

“Not that I know of,” Manconi replied.

“Did you ever say something to RTG like, ‘What’s in it for me if I get you a pass?’” Adair asked.

“I don’t recall making that statement,” Manconi said. “I wouldn’t have said that. I don’t remember saying that.

The attorney also questioned Manconi about a memo he had drafted, but did not send, about problems during the probationary period in the summer of 2019.

Manconi said he thought the memo would be helpful, but testified that City Manager Steve Kanellakos told him not to send it to the mayor or city council.

“Mr. Kanellakos, being the city manager and my boss, reminded me of what we told the council, and that’s what we decided to do: not issue the memorandum,” he said.

Transit officials had said in 2019 that there would be no regular updates on the route and that they would only talk about it once it was finished.

Adair then opened a private WhatsApp chat channel in which Manconi and other city officials discussed matters related to the project, saying the chats reported to Mayor Jim Watson, chairman of the finance and economic development committee (FEDCo), and the chairman of the traffic commission, Allan. Hubley, but not the committees as a whole.

After Manconi testified that he did not remember if Hubley, Watson or Kanellakos requested the WhatsApp group, but had asked for regular updates, Adair questioned the use of the application, which was outside the usual mechanisms of the city council.

“I think we can agree without much difficulty that his private WhatsApp chat group was not available to the council or the public,” Adair said.

“And if the council and the public wanted to know what information the FEDCo president has available, they wouldn’t be able to because they wouldn’t have WhatsApp chat,” Adair said.

“And if they wanted to know what information the president of the traffic commission has available, they couldn’t, because they wouldn’t have the WhatsApp group,” Adair continued.

The investigation, led by Judge William Hourigan, is mandated to investigate the business and technical circumstances that led to the Stage 1 breakdowns and derailments. It is looking at the decisions and actions that were taken to determine the acquisition approach that the city selected for Stage 1, the selection of the Rideau Transit Group to build the system and the award of the contract.