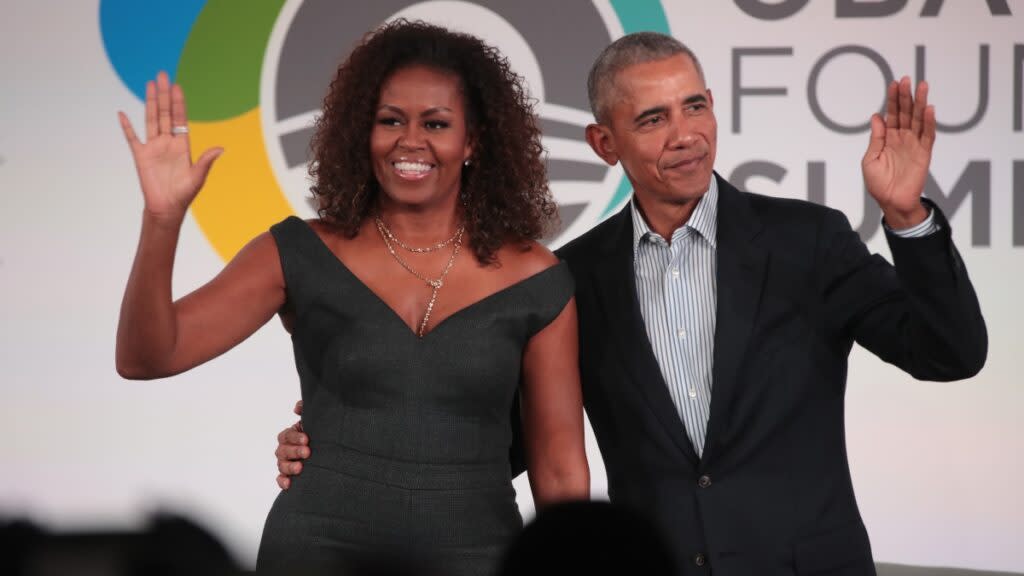 In 2019, production company Obamas Higher Ground signed a three-year deal for an undisclosed amount. According to Bloomberg and The Los Angeles Times, the couple will not renew their contract, which ends in October, and are now looking for a new home for their podcasts. Sources report that the two are in talks with iHeartMedia Inc. and Amazon’s Audible for deals worth tens of millions of dollars. Spotify was also part of the conversation, but ultimately “refused to make an offer.”

In the Bloomberg report, the sources said Higher Ground disagreed with the streaming giant on the terms of the deal, including exclusivity leading to a limited audience and the number of shows featuring the Obamas. They are reportedly looking for broader production and distribution across multiple platforms in their next deal.

Since partnering, Spotify has produced five Higher Ground podcasts. “The Michelle Obama Podcast,” which premiered in July 2020, was the fourth most popular podcast that year. “Renegades: Born in the USA,” which features conversations between the former commander-in-chief and Bruce Springsteen, debuted the following February.

Reports that the Obamas were looking for a new platform surfaced in early February, with The Independent claiming that they were having difficulty getting shows to be greenlit by Spotify.

The Swedish streaming platform has shelled out hundreds of millions of dollars on exclusive deals with podcasts like “Call Her Daddy,” “The Joe Rogan Experience” and Meghan Markle and Prince Harry’s Archewell Audio company.

Spotify and Higher Ground did not immediately respond to TheWrap’s request for comment.