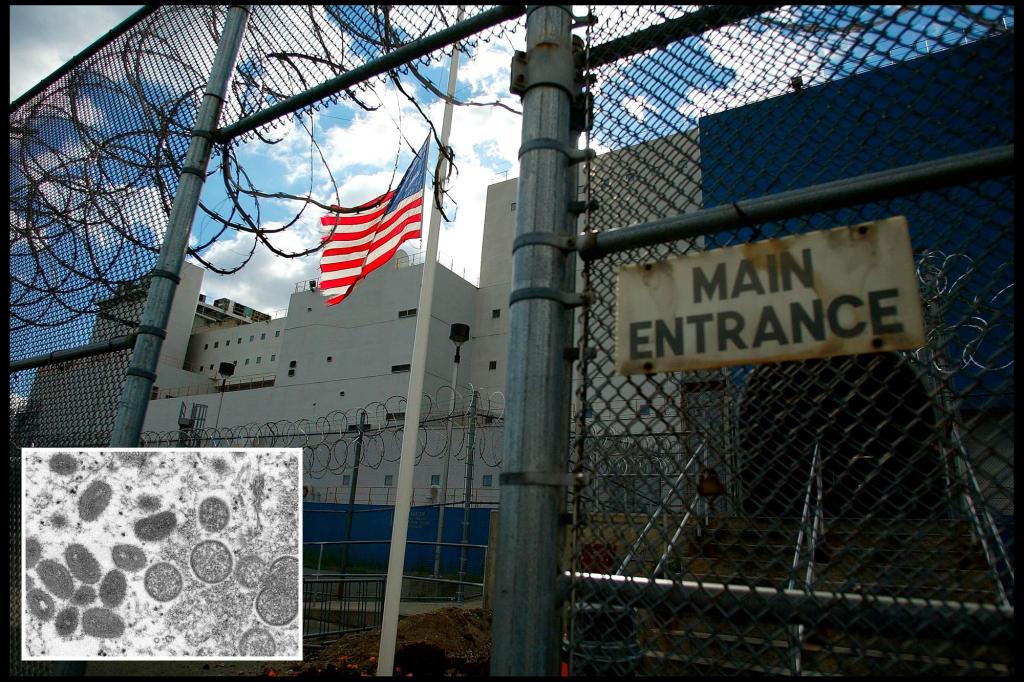 At least two uniformed Department of Correction employees, including a captain who works directly with detainees, have contracted monkeypox, sources familiar with the matter told The Post on Friday.

One of the employees, who the DOC says does not work at a jail on the island, tested positive Thursday and has been isolating in accordance with medical guidelines, the agency said.

It’s not immediately clear when the captain contracted the virus, but they were working inside one of the DOC’s jails at the time, the sources said.

“We take the health and safety of the people who work and live in our facilities seriously, and have been working with our partners at Correctional Health Services to mitigate any potential spread of monkeypox should cases arise. This partnership and hard work has kept our facilities safe,” a DOC spokesperson said in an email.

As of Thursday, no detainee has contracted monkeypox, according to Correctional Health Services, but jail sources said it’s only a matter of time before the virus spreads among inmates, considering the close contact many of they have.

“This is definitely going to take over Rikers Island like COVID,” a source said.

When detainees enter DOC custody, they are tested for monkeypox during the intake process and, if they are suspected of having the virus, they are placed in medical quarantine, tested and observed, he said. the Correctional Health Service. Testing and vaccinations for the virus are also available at the site, they said.

The DOC said they are following all recommendations from the Centers for Disease Control and Prevention and state and local health departments and are cleaning and disinfecting areas where there were positive workers.

On Thursday, President Biden declared a nationwide public health emergency over the growing monkeypox outbreak, allowing the federal government to ramp up its response to the virus without the usual regulatory bureaucracy.

The epicenter of the outbreak is in the Big Apple, which has recorded more than 1,700 cases as of Friday, accounting for about a quarter of reported cases nationwide, the data shows.

On Saturday, Mayor Eric Adams declared monkeypox a public health emergency in all five boroughs after dismissing concerns about the virus spreading in the Big Apple in May.

Monkeypox is known to cause fever, aches, and bumps or sores on the body.

It is spread primarily through prolonged skin-to-skin contact, and gay and bisexual men are the main demographic affected so far.