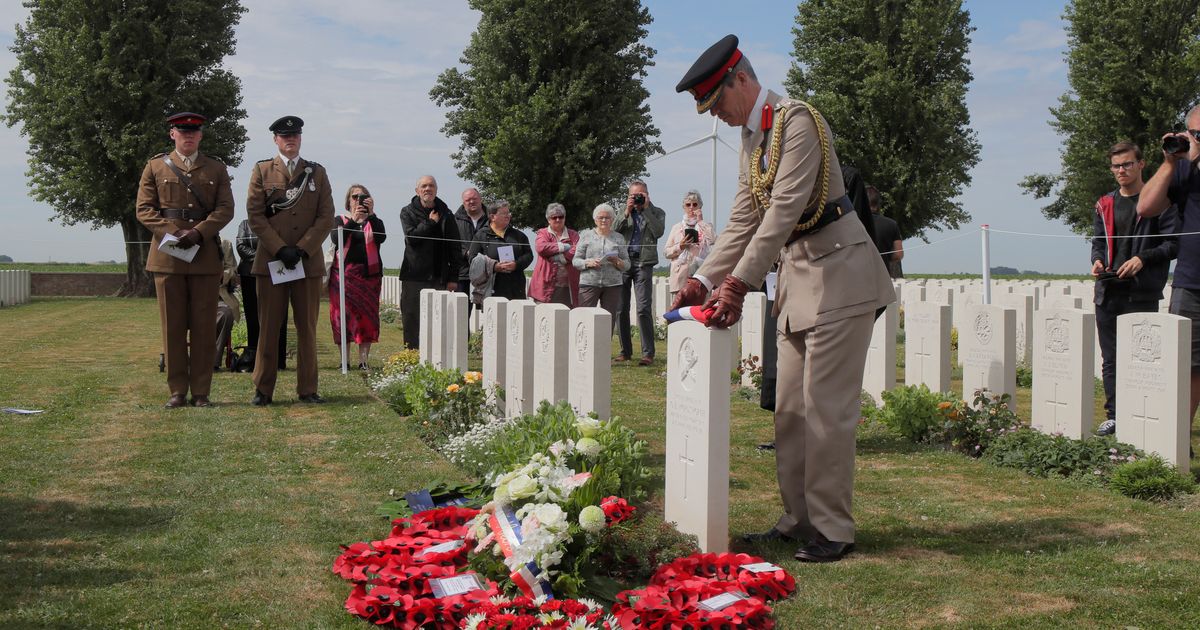 ECOUST-SAINT-MEIN, France (AP) — For more than a century, the British soldier lay in an unmarked grave, one of many unidentified victims buried beneath the death camps of World War I.

But now, his tombstone finally bears a name: 2nd Lt. Osmund Bartle Wordsworth, great-grandnephew of English poet William Wordsworth, who was recently identified by DNA research and given a funeral ceremony on Tuesday, 105 years after his death. .

A new headstone for Wordsworth, who was killed in action at the Battle of Arras on April 2, 1917, has been placed on his grave in a cemetery at Ecoust-Saint-Mein in northern France. A clergyman led the ceremony, and a British military attache presented Wordsworth’s relatives with a carefully folded French flag to place on the grave.

The evolution of DNA technology has allowed the identification of more and more unknown soldiers of the First World War. Next week a service for others will be held in Ypres, Belgium.