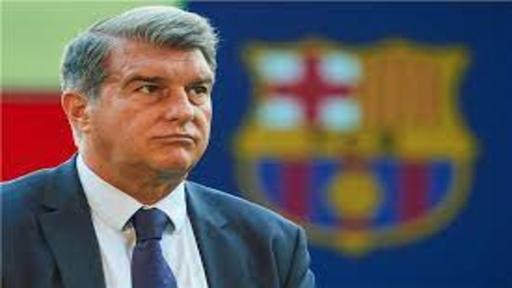 League Plus – Barcelona club president Joan Laporta has spoken about Polish star Robert Lewandowski’s deal, after it was officially settled by Bayern Munich.

Barcelona had managed to reach an agreement with Bayern Munich to gain the services of Lewandowski, and the latter arrived in Miami yesterday to join the Blaugrana field.

Laporta said in his interview with the Spanish channel “TUDN”: “We have seen that Barcelona needs a striker who scores goals, he is a goal-scoring machine, this player achieves the Golden Boot in Europe, if you look at his record”. , he guarantees goals and every team needs a goalscorer who guarantees goals “.”.

He added: “We compete with clubs like Paris Saint-Germain and Chelsea and he wanted to come to Barcelona and this is what I like. Order and his salary and he agreed to come here, we can be very satisfied.”

He continued: “He is a great player and a great person, he has some agents who defended a contract with certain conditions, and here we stood firm, today Barcelona will never make the mistakes of the recent past, and we will act according to the standards of wisdom and sustainability, we will not have in our ranks the player who does not adapt”.

And he added: “Dembélé had another contract that did not fit with our salary structure, he always wanted to stay, but his agents worked to preserve the previous contract, we wanted to resolve the situation in the winter, but it could not happen, we had to wait for the contract was terminated, and since the player wants to succeed at Barcelona, ​​he would have liked to have more success, win more and he would help us a lot”.

He highlighted: “The players have a hungry profile, we try to give them a better atmosphere, and that will give a lot of performance, in terms of presentation and results, we are making this team so that the Catalan team has a good time”. .”