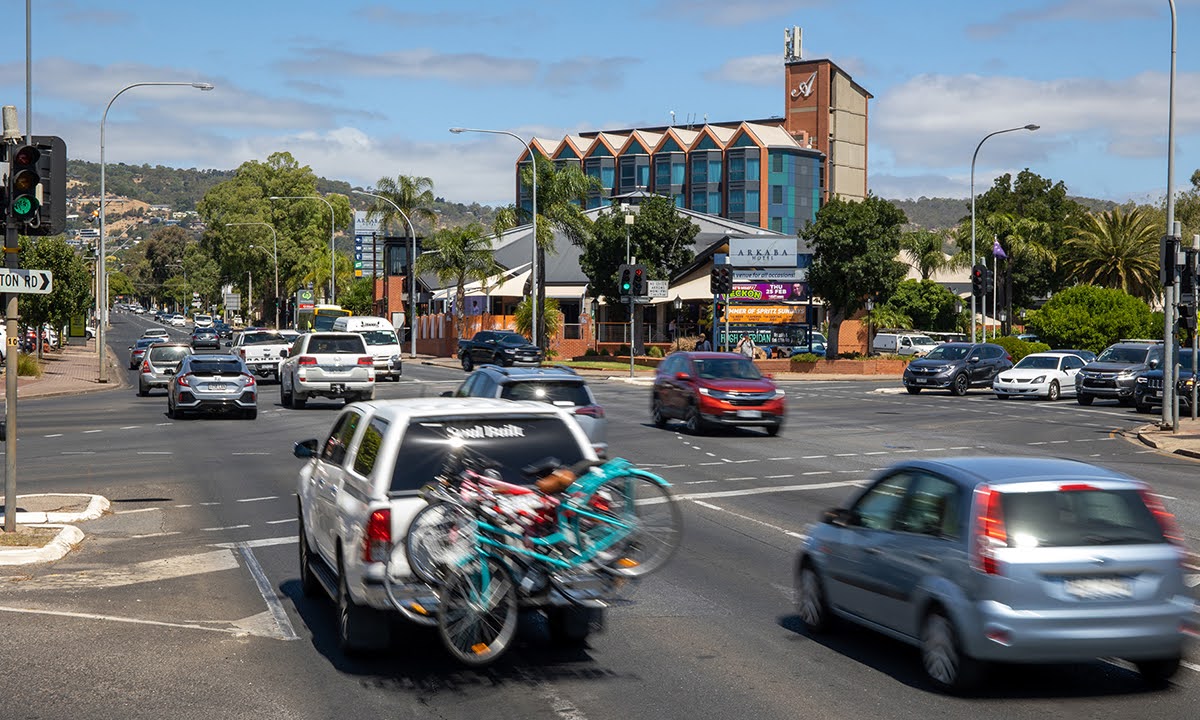 The Transportation Action Network was formed to pressure the state government to “co-produce” an integrated transportation and land use plan with the community, and the group denounced a lack of well-informed discussion about the future of transportation in the state. .

Spokeswoman Jennifer Bonham, who is involved as a private citizen but has interests in the area as a UniSA transportation researcher and Unley councilwoman, said the group grew out of concern about so-called “congestion removal” intersection projects in the suburbs and has grown from there.

He said these projects, such as the Fullarton Road/Glen Osmond Road intersection widening, indicated a narrow government view on transport, with heavy investment in increasing road capacity freezing spending on public transport and infrastructure for active transportation, such as cycling and walking.

While he believed that the congestion relief effects of highway widening projects would be short-lived, further investment in public and active transportation would have a long-lasting impact on arterial roadways.

“There’s not enough room to keep pushing cars onto those arteries,” he said. In the diary.

“(The huge investment in road projects) sends a clear message that we are prepared to invest in this form of transportation, but nothing more.”

Other members of the network include planning experts, representatives from Walking SA and Bike Adelaide, local transport action groups and People for Public Transport.

The network has produced an articleCreating transportation options: a call to action. which argues that transport and land-use decision-making in South Australia over the past 70 years has prioritized private motor vehicle travel and road freight transport at the expense of the community.

“This emphasis has left South Australians with little choice but to use a car to access everyday destinations and to share their frequently congested roads and neighborhoods with heavy-duty vehicles,” the network argues.

“This approach is exacting a high price not only for personal and state budgets, but also in terms of social well-being, environmental and individual health, and the livability of our towns and cities. It’s time to move beyond the election cycle and engage the community in a conversation about a long-term, sustainable transportation future.”

South Australians have not engaged in a deep and well-informed discussion about the future of their transport.

The network wants data collection to be improved, as it currently focuses on motor vehicle traffic volumes on major roads and public transport boarding, without taking into account how many people walk, bike, rollerblade or ride. scooter to destinations.

“This flaw means that transportation decision-making is fundamentally biased. Decision makers continue to make some trips easier while discouraging or ignoring people who can’t or prefer not to drive.”

The network wants a “genuine transport choice” for all South Australians, which means safer infrastructure for people who walk, cycle, skateboard or rollerblade, and higher quality public transport that is frequent. , reliable and comfortable.

A comprehensive regional passenger and freight rail network is required, the network argues, to connect emerging population centers and established townships with Adelaide.

The group specifically mentions the need for a fast train to Mt Barker or even the Murray Bridge, and a greater network of right-of-way routes for light rail and buses.

South Australia last produced an integrated transport and land use plan under the Weatherill government in 2013.

Many of that plan’s ambitions were never realized, notably an extension of the streetcar network to Henley Square, The Parade, Prospect and Unley Roads, the airport, the West Lakes, the Outer Harbor and the Grange. It also included a plan to move the interstate railway to Adelaide railway station from Keswick.

The O-Bahn tunnel, mentioned in the plan, was built, despite some opposition.

Transport Action Network wants all funding for SA transportation infrastructure to be based on the goals of a new plan.

“Transportation spending is ad hoc and focused on road construction and widening projects rather than efficient and convenient movement of people and goods,” the network says in its document..

“These road projects do not conform to good land use planning and work to reinforce an unsustainable status quo. South Australia has no plan to decarbonise the transport sector and no plan to provide the full range of transport infrastructure and services needed to meet the independent travel needs of a diverse and growing population.

“South Australians have not engaged in a deep and well-informed discussion about the future of their transport. Transportation planning and decision-making is opaque and lacks accountability, as individual transportation projects are presented to local communities once decisions have been made and designs completed.

Transport and Infrastructure Minister Tom Koutsantonis said In the diary there would be a new 30 Year Plan for Greater Adelaide, a planning document first produced in 2010 and updated in 2017, but stopped short of committing to an integrated transport and land use plan.

“A Malinauskas Labor government is committed to planning for Adelaide’s future, and that includes creating and implementing a new ’30-year plan,'” it said in a statement.

“Public infrastructure is a critical part of preparing our city for the future and ensuring that Adelaide remains one of the most liveable cities in the world.

“Roads and transportation will play a key role in that plan, and we will continue to consult with the community in its delivery.”

Meanwhile, Greens MLC Robert Simms is seeking to set up a wide-ranging parliamentary inquiry into the quality of public transport in South Australia and the government’s role in “enabling and encouraging active transport”. He also wants to see the role of e-scooters in the transportation system.

“We need to have a reset around transport policy in South Australia,” he said. In the diary.

“Neither side of politics has invested in active transportation.”

He said the city’s long-delayed east-west bike lane was indicative of the failure of all levels of government to create an active transportation infrastructure in the state.

“It’s that old saying: ‘Build it and they will come.’ If we invest in it and make these options attractive, there will be more use.”