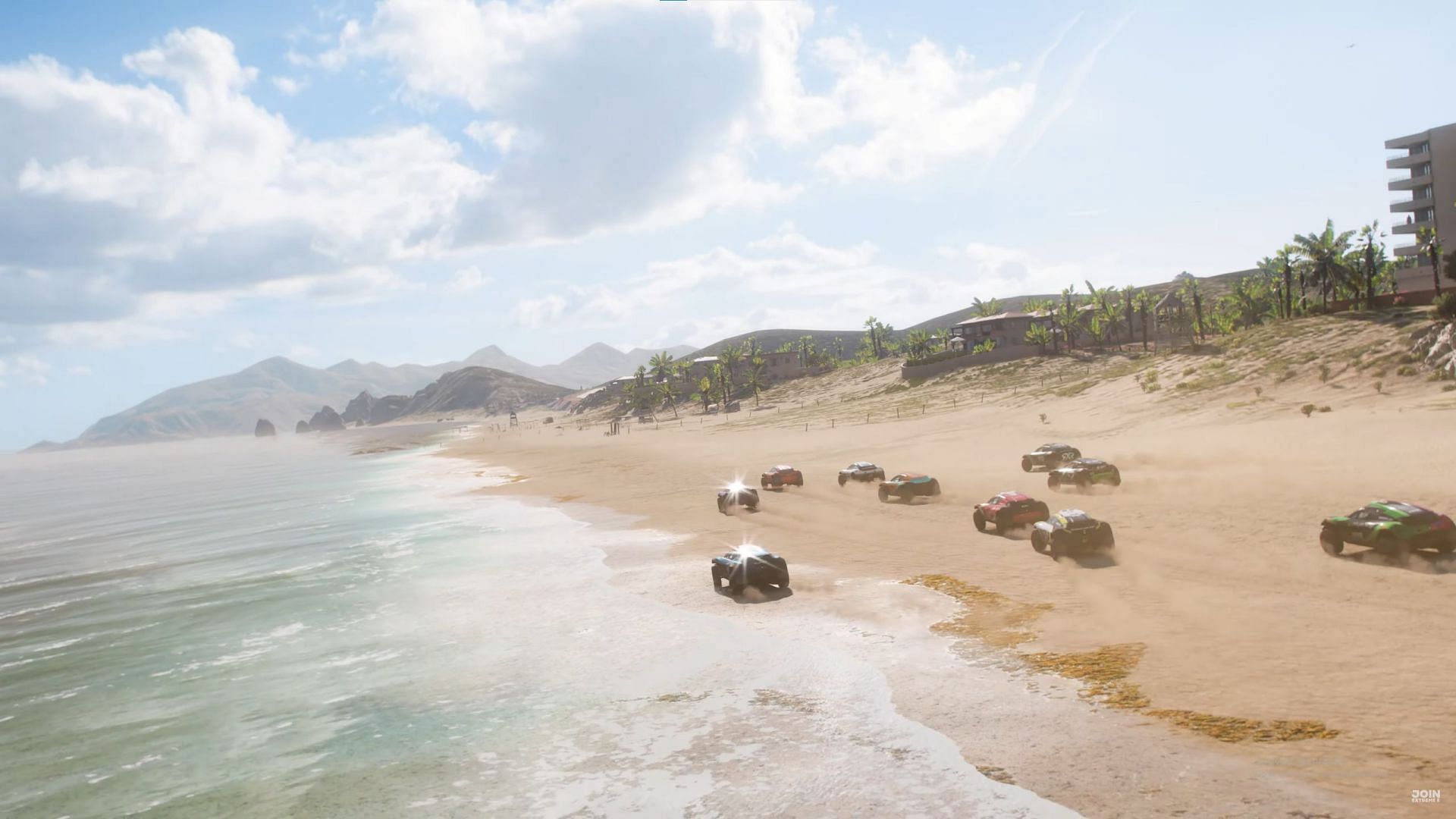 Forza Horizon 5 will soon be getting a Series 10 update, launching alongside the highly anticipated Hot Wheels update releasing later today, that is, on July 19, 2022.

The Series 10 update, which will be released in two days, will be a joint effort between Forza and Extreme E, the latter being the electric off-road racing series for sports purposes.

we are teaming up with @ExtremeELive for Series 10 of Horizon Mexico! Starting tomorrow, get behind the wheel of the all-electric ODYSSEY 21 e-SUV and unlock unique team variants in the festival playlist.

Get all the details in our Series 10 blog post: forza.net/news/forza-hor…

we are teaming up with @ExtremeELive for Series 10 of Horizon Mexico! Starting tomorrow, get behind the wheel of the all-electric ODYSSEY 21 e-SUV and unlock unique team variants in the festival playlist. Get all the details in our Series 10 blog post: forza.net/news/forza-hor… https://t.co/CrtT1tgkvy

The first festival playlist will be released on July 21, 2022 and will end on August 17, 2022. In addition, the Series 10 update will allow players to access Hot Wheels expansions, with additional events and rewards.

While Playground Games has yet to reveal the official patch notes for the Forza Horizon 5 Series 10 update, they have talked about some changes and features that users can expect once the Extreme E events are live.

With the Forza Horizon 5 collaboration with Extreme E, fans can get their hands on the all-electric Extreme E ODYSSEY 21 e-SUV and four weeks of events on the Festival playlist.

Additionally, while the event is live, players will head to a new X Prix location in Mexico each week and have the opportunity to take part in Dirt and Cross Country races in Odyssey 21.

After completing these events and challenges, Forza Horizon 5 fans will be rewarded with Extreme E race suits in different variants and colors. These colors will represent the team colors of those competing in the real world 2022 Extreme E Championship.

The color variants and how to obtain them are:

Forza Horizon 5 fans can try out the new Hot Wheels content regardless of expansion purchase.

Along with this will be a brand new version of the Buggy and the Beast Showcase event called “Shaken, Not Stirred” where players will be able to pilot the 2013 Hot Wheels Baja Bone Shaker. Forza Horizon 5 fans who can complete the playlist will get Hot Wheels Rip Rod.

Also, there will be many bug fixes and performance updates, which are as follows:

read also
The story continues below

A highlight of the changes to the game will be the new save recovery system, where Forza Horizon 5 users can restore previous backups if their game files lose their most recent save data.

The Hot Wheels expansion will also come with ten new cars and a map with four different areas linked with over 200 km of Hot Wheels tracks.