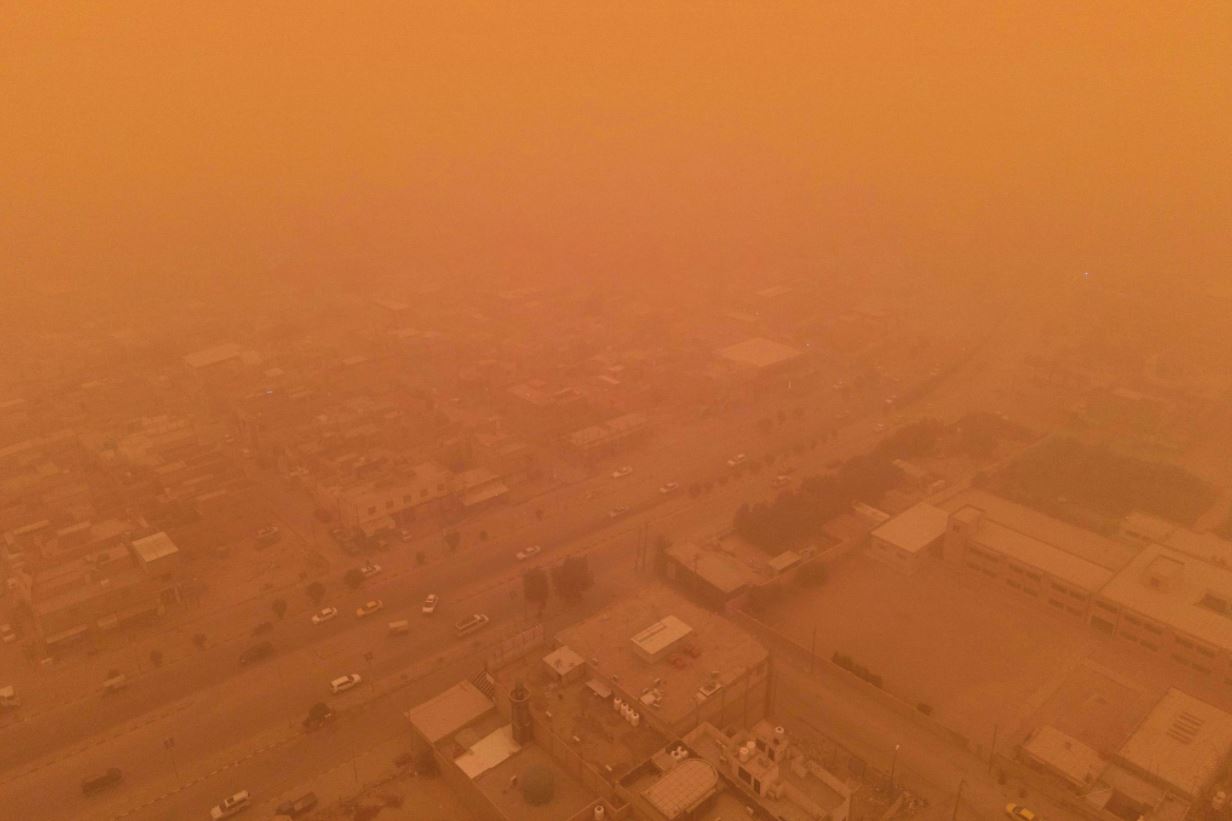 All points in Iraq were exposed on Sunday to a dust storm, the sixth in a month, which caused the closure of the international airports of Baghdad and Najaf, in a phenomenon that is becoming more frequent, while they are registered near a hundred hospitalizations due to bad weather.

Yellow dust clouds covered most of central and southern Iraq, including the capital Baghdad, the southern city of Nasiriyah, central Babylon, Najaf and Karbala, and are expected to continue through Monday, according to the Iraqi Meteorological Department. .

As a result, on Sunday, the Iraqi Civil Aviation Authority suspended flights in and out of Baghdad and Najaf airports, an official told AFP.

“Flights to Baghdad and Najaf airports have been suspended due to the dust storm,” said Jihad Al-Diwan, director of relations for the Civil Aviation Authority. He added that “incoming and outgoing aircraft movement will return to normal if weather conditions improve.”

For its part, the administration of the Baghdad International Airport announced that visibility was “less than 500 meters”.

As a result of the dust that remained camped on the capital and some cities in the south and west throughout the day, 93 cases of suffocation were recorded.

Salem Nehme, media director of the Najaf Health Department, told a group of journalists that hospitals in the city in southern Iraq received 63 cases of suffocation due to the dust storm, “most of them received the treatment necessary and they went well”.

The Iraqi News Agency also quoted Anas Qais Al-Ani, director of health information in Anbar province, as saying that two hospitals in the region received 30 cases of suffocation “as a result of the dust storm, and are currently receiving necessary medical care.” watch out.”

Over the past month, Iraq has seen more than five dust storms, resulting in dozens of hospitalizations for respiratory problems, and Baghdad and Najaf airports have been closed for several hours.