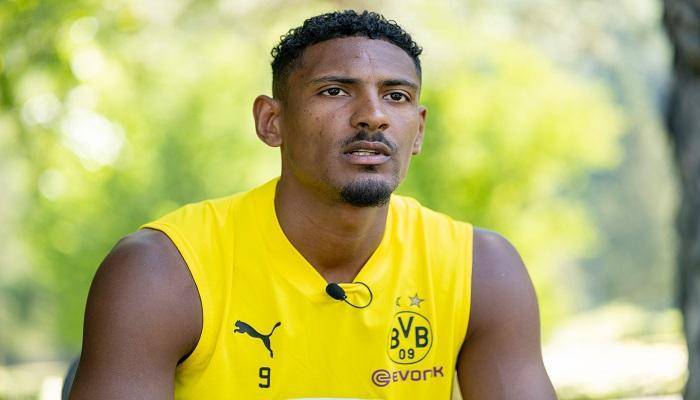 Borussia Dortmund, runners-up in the German Football League, lost the commitment of their new Ivorian international striker Sebastian Haller before he even played an official match in the team colors, after being diagnosed with testicular cancer, according to the club. .

“A tumor in the testicles was discovered” after “extensive medical examinations”, Dortmund said in a statement, explaining that the 28-year-old striker “fell ill after Monday morning exercises” in Bad Ragaz, in Switzerland, where the team is prepared. for the new season.

Dortmund added, according to its sporting director, Sebastian Kehl, that Haller will undergo “further tests at a specialized medical center. The news we received was a shock to Sebastian Haller and to all of us. The entire Borussia Dortmund family wishes Sebastian a full recovery as soon as possible… We will do everything in our power so that he receives the best possible treatment.”

The international striker joined Dortmund this summer from Ajax Amsterdam to enhance his attacking abilities following the departure of top scorer Erling Haaland to Manchester City.

The Ivorian put in a superb performance during the last Champions League season scoring 11 goals, including four in a 5-1 win over Sporting de Portugal in the first round of the group stage.

Haller scored 47 goals in an Ajax shirt in 65 games in various competitions.

He called on Dortmund “to respect the privacy of the player and his family and not ask questions”, promising to publish developments “in consultation with the player…as soon as we have more information”.

Testicular cancer is not new in football, as French goalkeeper Joel Butts recovered in the 1980s, as was the case with former Atlético Madrid and Deportivo La Coruña goalkeeper José Francisco Molina, who also recovered and then became a coach.

Another goalkeeper developed testicular cancer in the person of Argentine Carlos Roa, who was treated, but made the decision to end his playing career.

Argentine Jonas Gutiérrez, a former Newcastle player, was diagnosed with cancer in 2014, before returning to the pitch after an 18-month absence.

Australian Craig Moore was diagnosed with testicular cancer in 2008, as was Bulgarian Lobo Penev, who was team-mate with legend Hristo Stoichkov on the national team that finished fourth in the 1994 World Cup.

Benev was forced off the pitch for two years before continuing his football career, while the recovery of Dutch star Arjen Robben, who was diagnosed with a testicular tumor in 2004 following his arrival at Chelsea, was much quicker, since they gave him the green one. Luz to return to the stages shortly after his surgical operation to remove it.

In a statement during that difficult period, Robin said: “I was so scared…the anticipation was terrible. I didn’t know what was going to happen to me. Then I heard the news was good and I was so relieved.” He raised awareness about it, because “it can happen to any man at any time and it can have dire consequences… Now that I’ve recovered.” I can talk about it easily.”

Athletic Bilbao defender Ray Alvares Lopes was also injured, but he returned to play on February 4, 2017, in a match at the Camp Nou against Barcelona (0-3) on the same day as World Cancer Day.

It is certain that Haller will not be with Dortmund when the team resumes the new season of the German League on August 6 against Bayer Leverkusen, knowing that before he plays the first day of the local cup against the third party. TS level team in 1860 Munich on the current 29th.