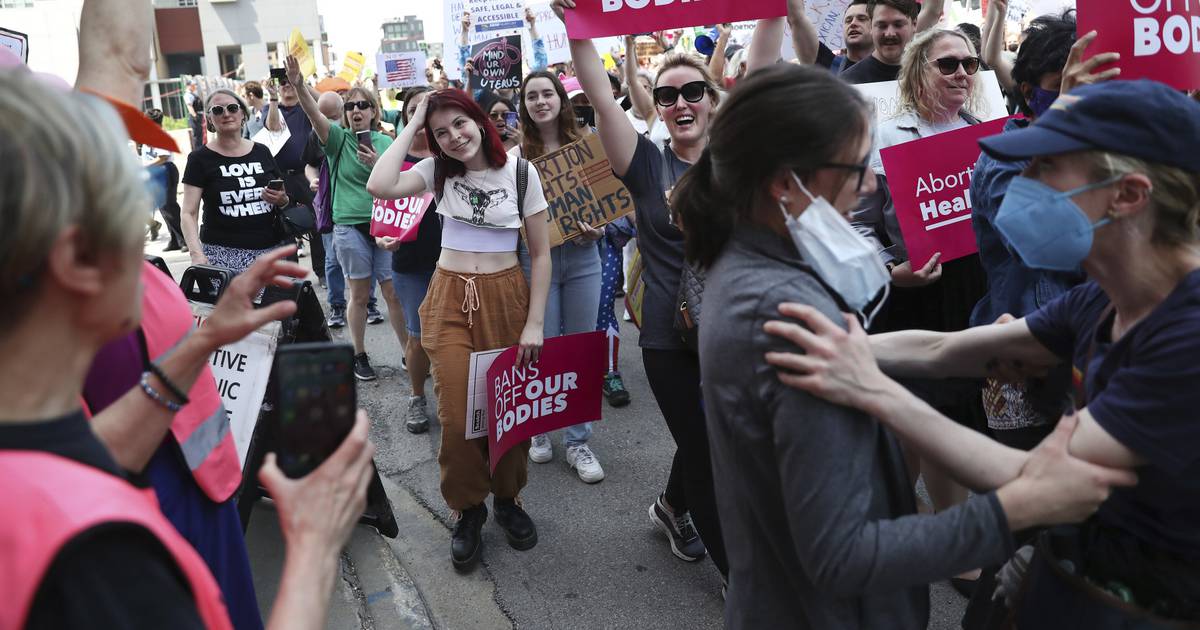 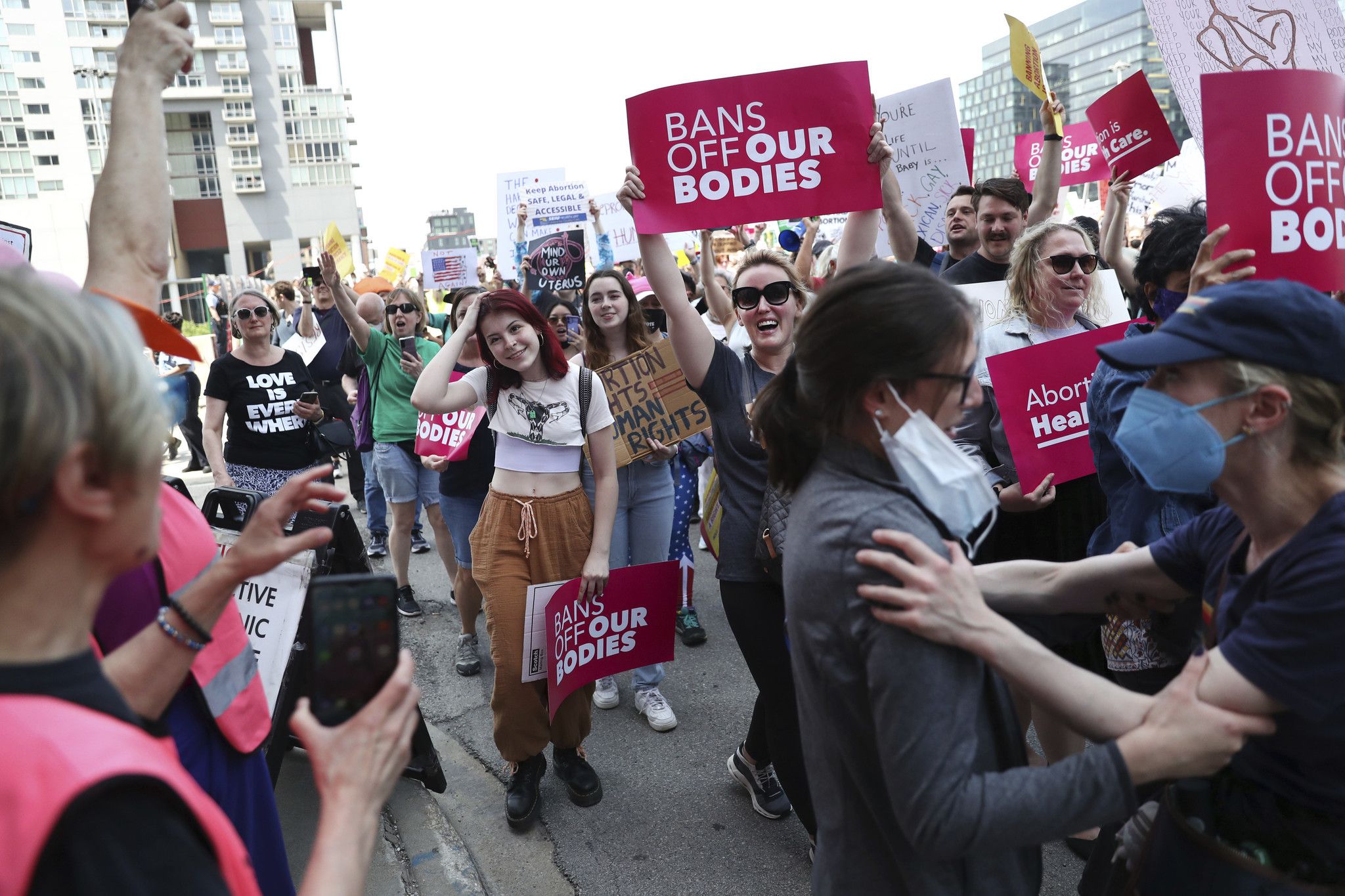 Carly Mostar started marching for abortion rights nearly 20 years ago, and while she said she will continue to show up when needed, she finds it hard to believe there is still a fight to give a woman a choice.

Mostar was one of about 1,000 people representing many different communities gathered in Union Park in West Town on Saturday morning in bright sunshine to support the right to choose whether or not to have an abortion.

The March for Abortion Justice, part of a National Day of Action to Ban Our Bodies, kicked off at Union Park, 1501 W. Randolph St., around 9:30 a.m.

Shouting, “Abortion is health care, abortion is a right,” “My body is my choice,” and “We are going to choose,” supporters began walking east on Washington Boulevard around 11:30 a.m. before head to the city’s Loop neighborhood. at Wacker Drive and LaSalle Street about an hour later.

Saturday’s outpouring adds to a wave of pro-choice protests sweeping the country in light of a leaked draft of a Supreme Court ruling that anticipated the reversal of Roe v. Wade, the landmark case for abortion rights.

Mostar marched alongside her husband, Nick Rummler, while carrying their 14-month-old son, Ellis Mostar Rummler, in a baby carrier. Rummler said she was marching to “support everyone who supports abortion access.”

Mostar said she was “really sad” thinking of all the people who have been fighting for abortion rights longer than she has as she looked at the other children in the crowd who were struggling with the fact that “we haven’t done this yet.” for them”. .”

“I have always cared a lot about the right to abortion, but especially after having a pregnancy and a child, it is the most difficult thing in many ways, and if it is imposed on people,” Mostar said.

Mostar and his family have lived in the city for about ten years.

“We went through IVF and tried for many years and wanted it so badly and it was still the hardest thing I’ve ever done and when I think of forcing people to do that I get really, really angry.”

The only way forward, Mostar said, is to “frame the conversation around the right things,” like listening to people with lived experiences with pregnancy and abortion and understanding the impact of what the Supreme Court overturn could be. .

“I hope people get as scared as I am and do what they can from where they can,” Mostar said. “I hope it scares people.”

Lieutenant Governor Juliana Stratton was present at Union Park, telling the crowd that as a Black woman and mother of four daughters, she has spent her life fighting “for more rights, not less.”

“I am devastated by what it would mean to overturn Roe v. Wade for physical autonomy and human rights across the country,” Stratton said. “I am angry at the effort to turn back the clock, treating us like second-class citizens, telling us our bodies are not ours.”

Stratton said Saturday’s rally was not just about abortion justice, but also about racial and economic justice.

“Because in this country we should not criminalize health care,” he said. “We should expand access to health care. And because we all know that if Roe v. Wade is overturned, and when it is overturned, it will be the people of our most marginalized communities who will bear the brunt of this decision.”

As Mostar walked with her son and husband, she felt a ray of hope as she saw the large number of people who showed up to protest in Chicago and thought of the millions more across the country.

“I mean you go out and you walk on your feet so you don’t feel alone and other people don’t feel alone,” he said. “I think there has been too much complacency, so when I say I hope people get scared, I also hope they get hopeful. I think you need a little fear to also think that something is possible.”