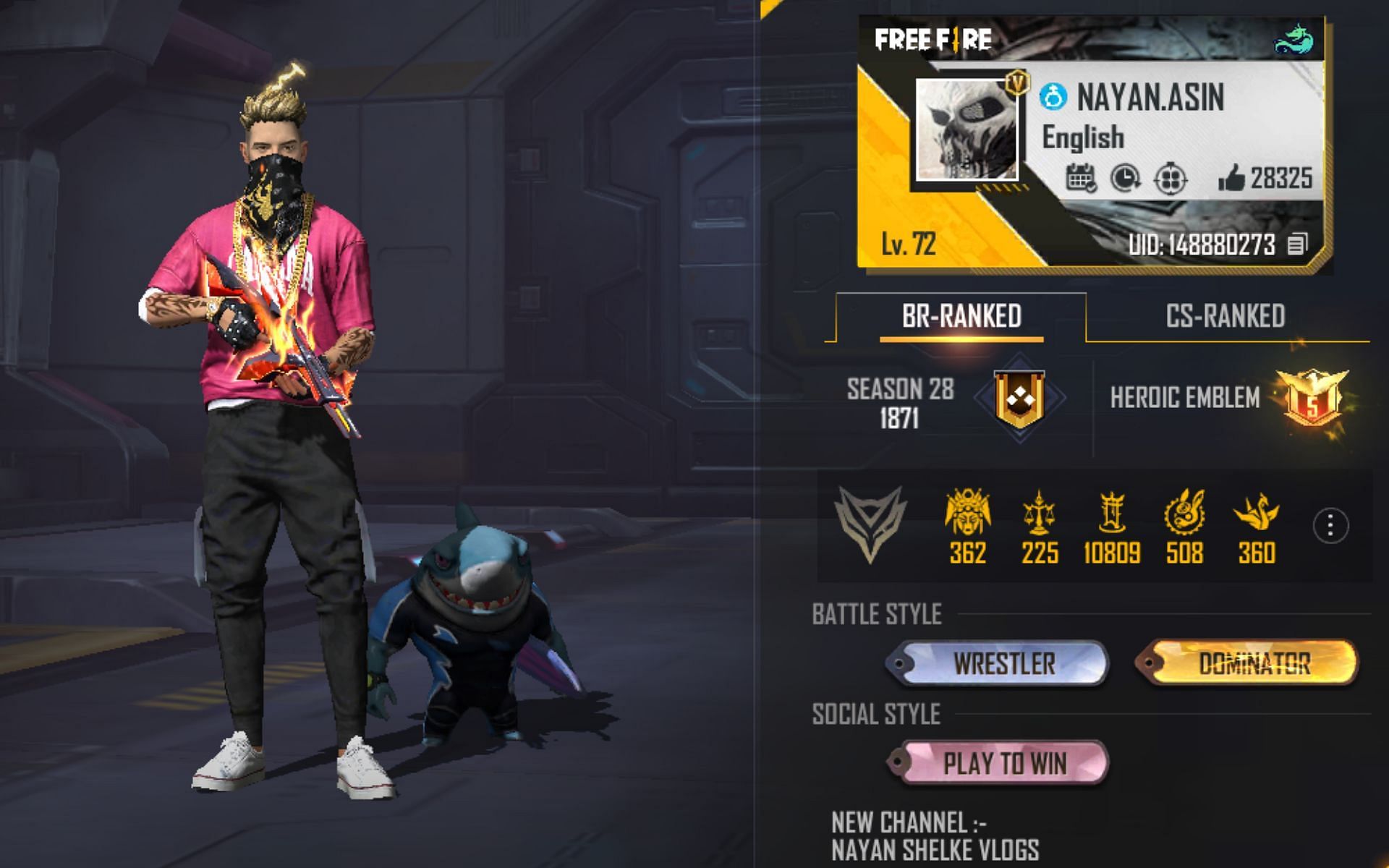 Nayan Shelke, who is recognized by the Indian Free Fire community as NayanAsin, is one of the most well-known content creators in the country. He co-runs the Assassins Army channel with Huzaif Pathan (HuzaiAsin), and the duo have been steadily uploading gaming-related videos for the past few years.

Their number of subscribers and views currently exceed 6.79 million and 854.3 billion, respectively. Apart from this, Nayan also has a vlog channel Nayan Shelke Vlogs which has 22.9 thousand subscribers.

Here is a look at NayanAsin’s Free Fire MAX ID and more details.

In the current ranked season, NayanAsin has played two team matches and has only one Booyah, maintaining a 50.00% win rate. He has racked up six kills and three headshots, guaranteeing a K/D ratio of 6.00 and a headshot percentage of 50.00%.

You have not yet participated in any solo or duo ranked games.

Note: NayanAsin’s Free Fire MAX stats were recorded at the time of writing the article. Stats are subject to change as you play more matches within the game.

NayanAsin and HuzaiAsin have worked incredibly hard to grow the Assassins Army YouTube channel. The oldest video with his name was uploaded in November 2019 and there are currently more than 735 uploads. The most popular video has more than 36 million views.

According to Social Blade, they have gained 70 thousand subscribers and 17.284 million views in the last 30 days alone.