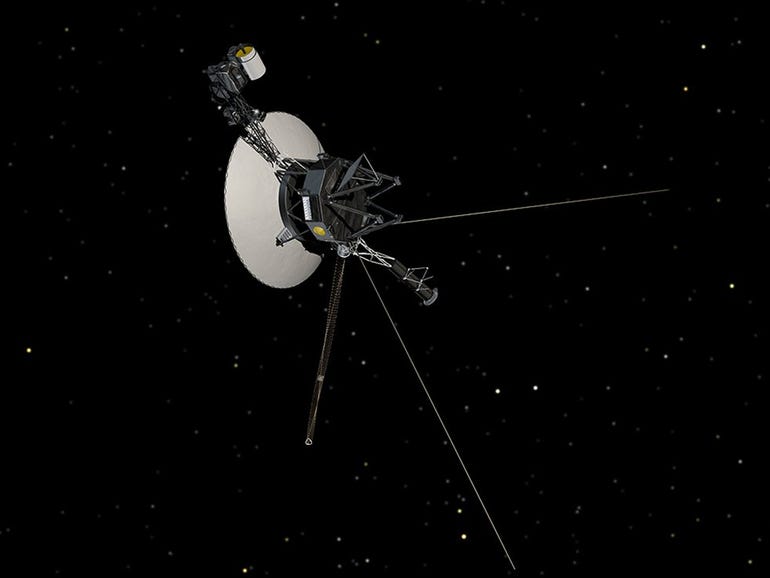 NASA scientists are trying to make sense of the error system data that the Voyager interstellar spacecraft is transmitting from about 20 light-hours away from Earth, some 45 years after launch.

Voyager 1 launched in September 1977 and is now the furthest spacecraft from Earth, traveling in space some 23.3 billion kilometers (14.5 billion miles) away. Light would take about 20 hours to travel from the spacecraft.

NASA’s Jet Propulsion Laboratory is investigating a flaw in the system data that the interstellar explorer collects. Readings from the probe’s attitude and articulation control system (AACS) “do not reflect what is actually happening on board,” according to JPL.

Everything about the AACS suggests that it is operating normally, however the telemetry data it sends back to Earth is invalid, producing what appears to be randomly generated data that does not match any possible state the system could be in.

The spacecraft would be put into a functionally reduced “safe mode” if its onboard failsafe systems had been activated. Its signal is still strong, but the data appears to be malformed, according to NASA’s JPL.

NASA considers anomalies like this to be normal for a spacecraft of its age.

“A mystery like this is par for the course at this stage of the Voyager mission,” Suzanne Dodd, project manager for Voyager 1 and 2 at NASA’s Jet Propulsion Laboratory in Southern California, said in a statement.

“The spacecraft are almost 45 years old, which is well beyond what the mission planners anticipated. We are also in interstellar space, a high-radiation environment that no spacecraft has ever flown in before. , there are some big challenges for the engineering team. But I think if there is a way to solve this problem with AACS, our team will find it.”

Dodd said the team could simply “adapt” to the glitch if they can’t pinpoint the source of the glitch. If the source is found, it could be fixed by a software update or by one of the spacecraft’s redundant hardware systems.

Voyager 1 launched from Cape Canaveral after Voyager 2 lifted off, but due to its faster path, it overtook its twin to fly by Jupiter in 1979 and then by Saturn in 1980, according to NASA. It has also gone farther than Voyager 2, which currently travels about 12.1 billion miles from Earth.

If we define our solar system as the Sun and everything else that primarily orbits the Sun, Voyager 1 will remain within the confines of the solar system until it emerges from the Oort cloud in another 14,000 to 28,000 years.

Both Voyagers carry a message on a gold-plated copper disk in case aliens ever find the spacecraft. It also includes a player and instructions that describe how to play the content. The disc includes greetings in 55 languages ​​and 90 minutes of mostly Western music.