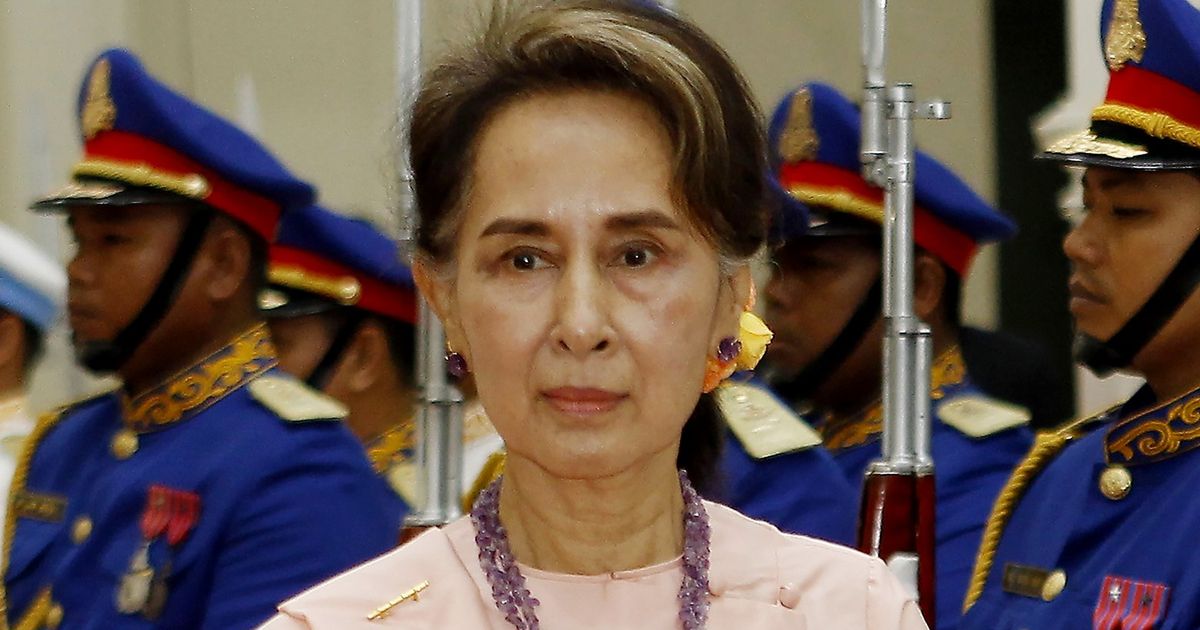 BANGKOK (AP) — Myanmar’s military government confirmed Thursday that ousted leader Aung San Suu Kyi has been transferred to a prison complex in a separate compound from other detainees.

Suu Kyi was arrested on February 1, 2021, when the army seized power from her elected government. She was initially detained at her residence in Naypyitaw, the capital, but later she was transferred to at least one other place. For most of the past year, she has been held at an undisclosed location in Naypyitaw, generally believed to be a military base.

Maj. Gen. Zaw Min Tun, a spokesman for the ruling military council, confirmed in a text message to reporters that Suu Kyi was transferred Wednesday to Naypyitaw main prison, where she is being held separately under “well-maintained” circumstances. News of her transfer was reported on Wednesday, but was not officially confirmed.

He said that Suu Kyi, who had already been convicted in several cases, was transferred to the prison in accordance with the law.

A legal officer familiar with Suu Kyi’s court proceedings said she is being held in a newly constructed building with three female police officers, whose duty it is to help her. Her ongoing trials will also take place at the prison, in another newly built facility. The official spoke on condition of anonymity because he is not authorized to release any information about her case.

Suu Kyi, who turned 77 on Sunday, spent some 15 years in detention under a previous military government, but was virtually all under house arrest at her family’s home in Yangon, the country’s largest city.

The secret place where she had been held for most of the past year was a residence. She had nine people to help her there, and she was allowed to keep a dog that was an arranged gift from one of her sons, said another legal official, who also asked not to be identified for fear of government repercussions.

The official said neither her assistants nor the dog accompanied Suu Kyi to her new prison.

Suu Kyi is being tried on multiple charges, including corruption. Her supporters say the charges are politically motivated to discredit her and legitimize the military’s takeover.

She has already been sentenced to 11 years in prison on charges of importing and illegally possessing walkie-talkies, violating coronavirus restrictions, sedition, and an initial charge of corruption.

The prison where Suu Kyi is being held is a little west of Naypyitaw. It was built in 2014 to temporarily house detainees awaiting trial.

One of the legal officials said that Suu Kyi’s first hearing in the prison’s new courtroom was held on Thursday in the case of violating the Official Secrets Act.

Defense attorneys questioned three prosecution witnesses, but details of their testimony were not available. All of Suu Kyi’s cases have been held in closed court. Her attorneys are prohibited from discussing the proceedings.

Suu Kyi’s co-defendants in the case are Australian economist Sean Turnell, who had been her adviser, and three former cabinet members.

Turnell is also being held in the same prison with Suu Kyi.

The military’s seizure of power last year sparked peaceful protests across the country that security forces put down with lethal force, sparking armed resistance that some UN experts are now characterizing as a civil war.

The ruling military council has said it plans to hold new elections in the middle of next year if circumstances allow. However, critics warn that such polls are unlikely to be free and fair.

Tom Andrews, the UN special rapporteur on human rights in Myanmar, said Thursday that the military has been working hard to “create an impression of legitimacy” after toppling Suu Kyi’s government.

Suu Kyi’s National League for Democracy party won a landslide victory in the November 2020 general election. The military claimed it took power because the polls were clouded by widespread fraud, a charge uncorroborated by election observers. independent.