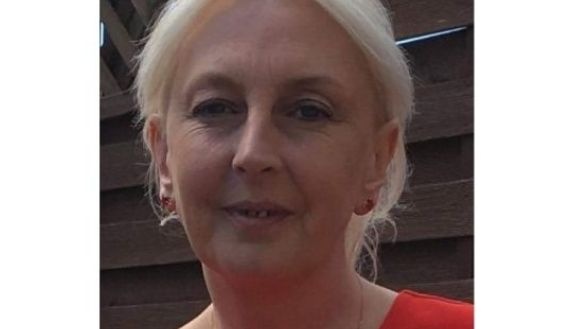 The murdered mother of two, Lisa Thompson, will be buried next Monday, almost a fortnight after her remains were found at her home in Ballymun, north of Dublin. Gardaí believe the 52-year-old woman had been dead until two days before her body was found on the afternoon of Tuesday 10 May at her home in Sandyhill Gardens.

She had been violently attacked, suffering a large number of stab wounds. While a murder investigation has been underway since the discovery of her body, no arrests have been made to date.

Ms Thompson’s funeral notice described her as Kyle and Brook’s “loving mother” and Bernadette’s “loving daughter”. She is also survived by her sister and her brother, Ashley and Stefan, and the notice said she would be “sadly missed and lovingly remembered” by all of her family and friends.

She will be laid to rest at Michael Doyle Funeral Home, Finglas Village, on Saturday between 3pm and 5pm. Her transfer will take place on Monday morning at Holy Spirit Church, Ballymun, where she will arrive for the 10am Funeral Mass. point. She will then be “privately buried.”

Gardaí also confirmed that a man who left a document owned by Ms Thompson at a Garda station two days after her remains were found contacted them following a public appeal.

It is understood that the man is not considered a suspect in the case and after finding the document he decided to take it to Finglas Garda station, north of Dublin, for safekeeping.

On Monday, the gardaí released a statement saying a document linked to Ms Thompson had been left by a member of staff, who was not a sworn Garda member, at the reception desk of Finglas Garda station shortly after 7am. last Thursday.

The man left without speaking to any member of the Garda and when the Gardaí realized that the document he handed in at the station related to the murdered woman, they launched a call through the media for the man to come forward.

In a statement, Garda Headquarters, Phoenix Park, Dublin, confirmed that the man had come forward and was assisting Garda with their investigations.

Gardaí are studying the close relationships that Ms. Thompson had developed in recent months as part of efforts to identify her killer. They believe that she befriended several people who were dealing in tablets sold on the illicit drug market and are trying to establish whether her murder was in any way related to that trade, even indirectly.

A concerned neighbor raised the alarm by calling 999 for an ambulance shortly after 3 p.m. last Tuesday. When the paramedics arrived at the house they called the gardaí and the murder was discovered. Mrs. Thompson’s children did not live in the house with her mother.

The dead woman was originally from Ballymun, had gone to school there and previously also held a youth work position in the area, although she was not in that position at the time of her murder.