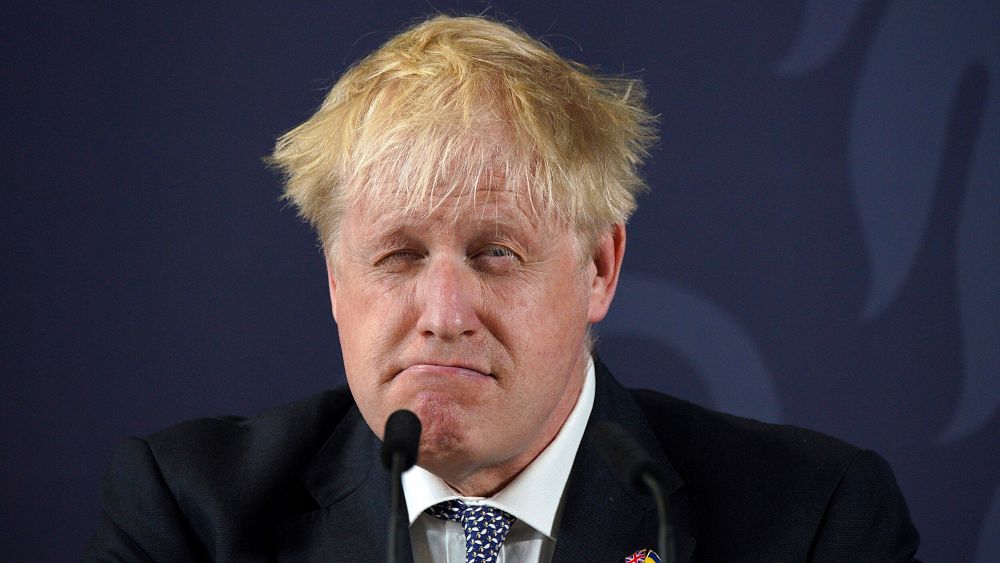 Scandal-hit British Prime Minister Boris Johnson’s ethics adviser has resigned and accused the Conservative government of plotting to flout rules of conduct, weeks after a separate inquiry criticized the UK leader for overseeing a culture of non-compliance. of government rules.

Christopher Geidt resigned late on Wednesday with a terse statement that read “I regretfully feel it is only right that I step down as Independent Adviser in the Interests of Ministers.” Johnson’s office said it was surprised by the decision.

In a letter of resignation, which was published Thursday by the governmentGeidt said he was put in an “impossible and hateful position” because the government asked him to advise on measures that “would risk a deliberate and willful violation of the Ministerial Code” that regulates government conduct.

He gave no further details, but said: “I can’t have a part in this.”

In response, Johnson said the issue concerned tariffs imposed to protect a “crucial industry” that could “be seen to be in conflict with our obligations” under the World Trade Organization.

The government refused to confirm reports that the industry is making steel, citing “commercial sensitivity”. Britain has imposed anti-dumping duties on Chinese steel to protect its domestic industry and has recently proposed extending them for another five years.

Johnson’s spokesman said “no decisions have been made” on what to do about the tariffs.

Geidt had remained at his job when Johnson was hit by allegations about his judgment and ethics that culminated in the “party” scandal over parties in government buildings during Britain’s coronavirus lockdowns. Johnson was one of 83 people cited by police, and a public official’s report said Johnson and senior officials must take responsibility for “failures of leadership and judgment” that created a culture of rule-breaking in the government.

When questioned by lawmakers this week, Geidt acknowledged that he had been “frustrated” in his job, saying he was appointed by the prime minister and therefore not “truly independent.”

The resignation of his hand-picked ethics adviser is the latest blow to Johnson, who survived a no-confidence motion from his own Conservative Party last week. He has been left a weakened leader after 41% of Conservative lawmakers voted to impeach him.

Johnson still faces a parliamentary ethics investigation that could conclude he deliberately misled parliament about the “party”, traditionally a resignation offence.

Geidt’s predecessor as ethics adviser, Alex Allan, also resigned in November 2020 after the prime minister ignored his finding that a cabinet member had intimidated his staff and breached a ministerial code of conduct, which is also often a crime of renunciation.

“That the prime minister loses an adviser on the interests of ministers can be considered a disgrace. Losing two seems like an oversight,” said Conservative lawmaker William Wragg, a critic of Johnson.

Geidt, a former private secretary to Queen Elizabeth II, had been accused of being lenient with senior officials in his investigations. Last year he acquitted Johnson of breaching ministerial code when the leader failed to disclose that a Conservative Party donor had financed a costly refurbishment of the prime minister’s official residence.

In April, he cleared Treasury chief Rishi Sunak of wrongdoing related to his wife’s tax affairs and her possession of a US permanent resident card.