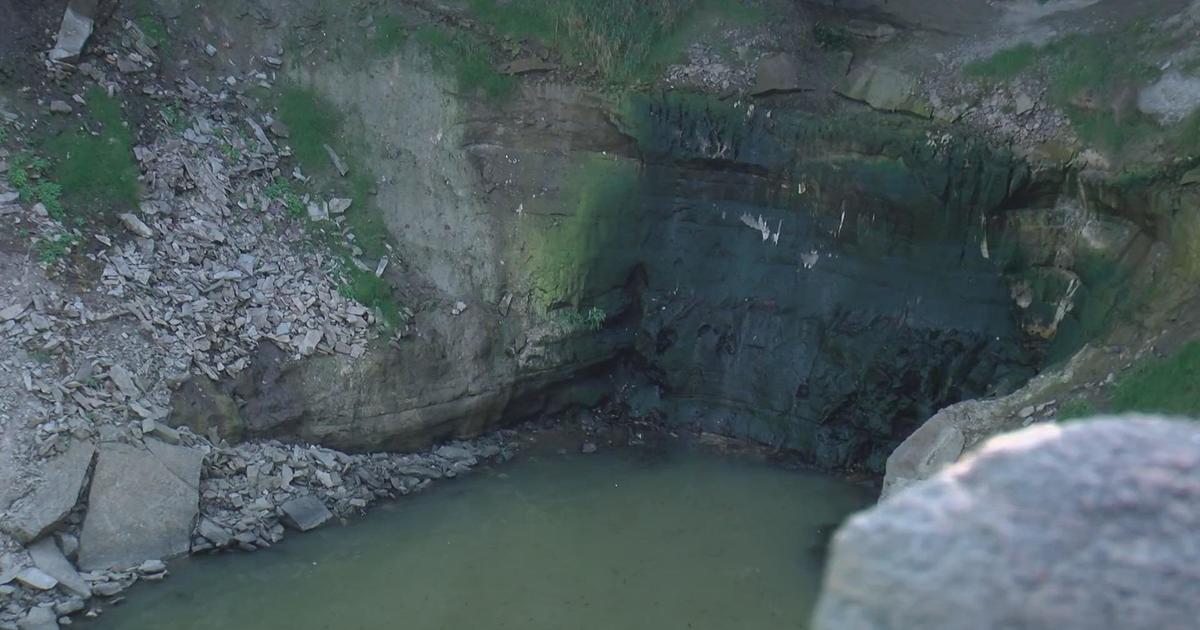 MINNEAPOLIS — One of Minnesota’s most recognizable landmarks is now unrecognizable as drought conditions have dried up the water in Minnehaha Falls.

Parts of the Twin Cities continue to enter more “moderate” and “severe” drought conditions, according to data compiled by the National Weather Service.

“We’re very short of moisture this year, especially since June 1,” said climatologist Pete Boulay of the Minnesota Department of Natural Resources. “This is the time of year when we’re evaporating a lot of water.”

Boulay says that every three days an inch of water evaporates from the Twin Cities’ lakes and rivers.

That, along with nearly seven fewer inches of rain during the summer season compared to 2021, makes Minnehaha Falls dry.

“You come here and expect to see a big waterfall come out, that’s a little surprising, of course,” said Eric Wilkey, who was in town visiting the falls from Kansas City. “(I’m) a bit in shock, I think.”

“As each day that doesn’t rain goes by, we continue to dry out,” he said.

Boulay says this weekend’s rain is a hopeful sign. He says rainfall averages for this time of year typically add up to an inch per week.

Meanwhile, he says rainless days only exacerbate drought conditions by evaporating more of the water already in the ground on the Camino.

Born and raised in the Detroit metro area, Adam loves all things Michigan, but is now thrilled to call Minnesota home.