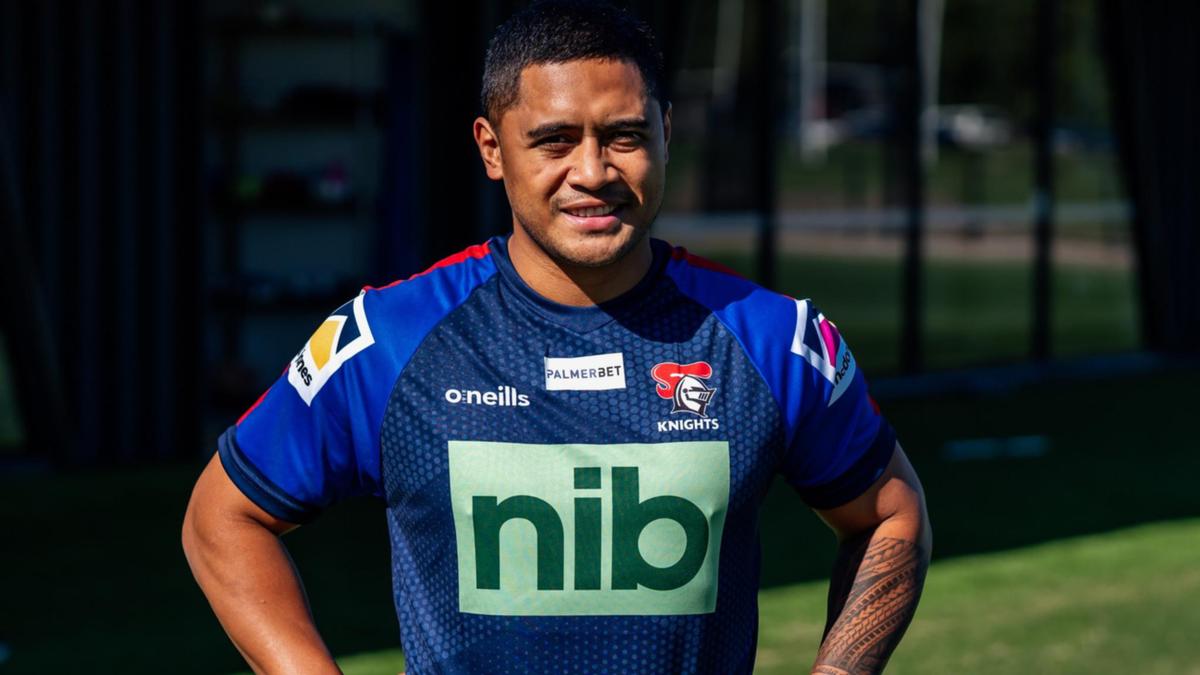 He may not have been able to inspire the Newcastle Knights to victory on Thursday night, but early signs were good for mid-season recruit Anthony Milford.

Playing his first game in nine months, the new Knight lived up to the hype against Brisbane, the club where he spent seven turbulent years.

He wavered between hero and villain during his time at Red Hill, but Milford proved on Thursday that he could be a Knight in shining armor as Newcastle seek to save their season.

However, he will have to wait for his first victory in the colors of the Knights; even without Adam Reynolds (groin injury), the Broncos surged in the second half to post their first five-game winning streak since 2017.

The victory was not without controversy; Dane Gagai had a try rescinded for an apparent knock-on and then Selwyn Cobbo called one despite clear obstruction in the run-up.

But Knights coach Adam O’Brien refused to blame The Bunker for the loss.

“(The missed obstruction call) is no reason for that score at the end. It is inexcusable,” he said.

“I understand it took a bit of wind out of the sails… It didn’t help.”

The second call opened the floodgates and Brisbane got paid; the final score (36-12) did not do justice to the Knights, who were the better team for most of the first 60 minutes.

“Obviously it wasn’t how we wanted to play in the first half, but we addressed it at half time. It was good to see the guys show some resilience and fight back.”

Despite the thrashing and some second-half wobbles, there will be plenty for Knights fans to like about Milford’s debut at the club.

“I thought it had some really cool touches at first. He would like some things in the second half,” O’Brien said.

The former Origin star looked dangerous down the right flank, especially in the first half, and clearly had a calming influence on Kalyn Ponga, who was under fire.

The Knights chose to attack from the right all night and for good reason: The combination of Milford, Dane Gagai and Tyson Frizell will raise serious questions about oppositions as the season progresses.

NSW Origin star Frizell has already proven to be one of Milford’s favorite targets, scoring the first try on Thursday, and could find himself hitting the scoreboard more frequently in the weeks to come.

Best of all, Milford’s willingness to take on playmaking duties left Ponga free to roam at fullback. If the two can perfect their chemistry, there’s no telling how powerful they could become as a double act.

“He’s only going to grow up,” Ponga said of Milford.

“He will start to get more confident, which is what we need from him. I thought he looked good out there.

“It was amazing being there with him, to be honest.”

What better opportunity for Milford to open his account as a Knight than against the mercurial Warriors next weekend.

The Knights have been hampered by injuries all season and it looks like Bradman Best will be the next man to spend time in the ER.

The overwhelming left center back dislocated his elbow while trying to break his fall in the second half. He played no further role in the game.

The Knights entered the sheds tied 6-6, but were possibly unlucky not to have been in the lead.

In his first game back from a broken cheekbone, Gagai juggled a Milford grubber and dropped down to try it in the corner, or so he thought.

Replays showed that the ball fell slightly out of Gagai’s grip when she hit it with the ground. The Bunker ruled that she failed to re-grab his foot in the split second before he hit the turf and the attempt was rescinded.

“Dane Gagai lets go of his hand, the tips of his fingers, so he can press the ball with his forearm. He never comes out.

The missed opportunity came after Frizell bombed what could have been his second try.