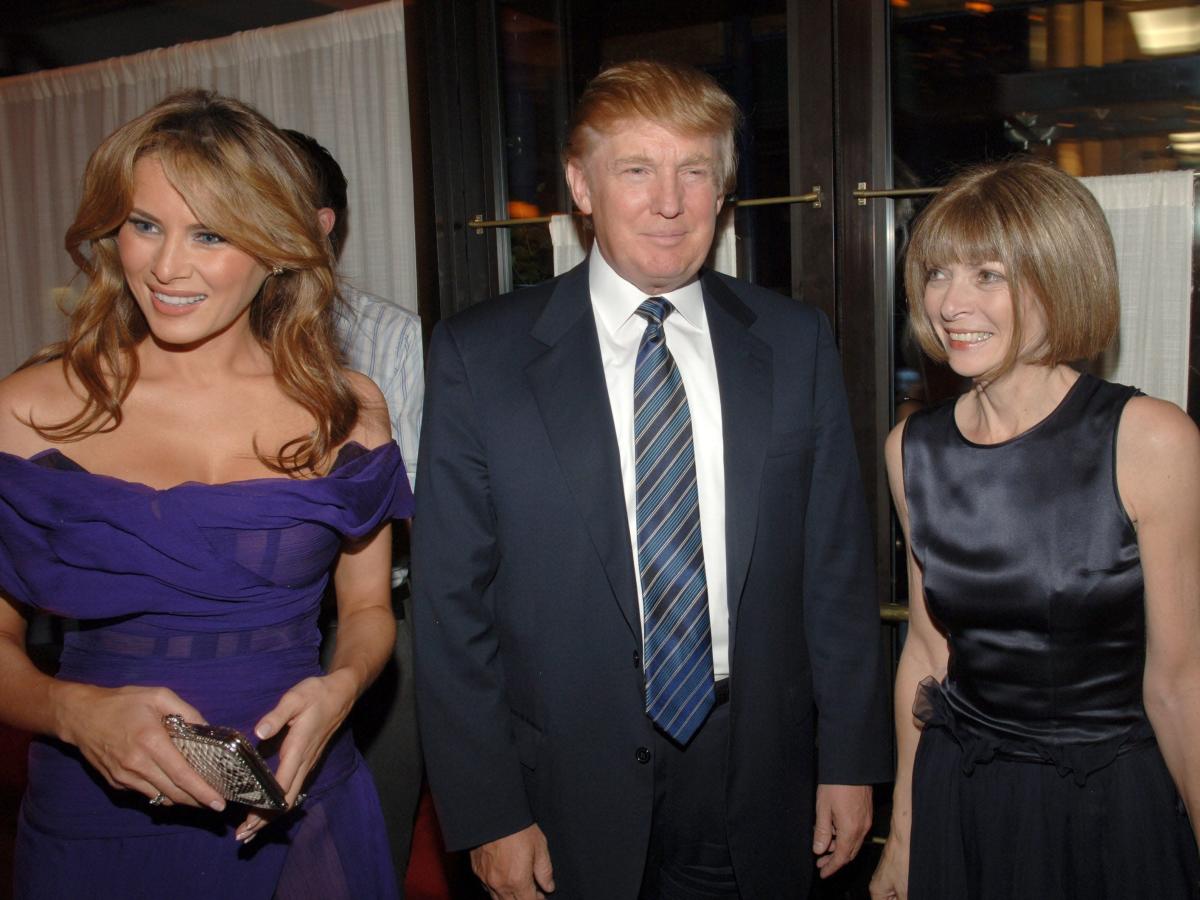 Melania Trump was offended that Anna Wintour didn’t inform her that she would be visiting Donald Trump after his 2016 presidential victory, so she ignored the magazine’s editor, a new biography says.

In “Anna: The Biography,” which was published on May 3, fashion journalist Amy Odell spoke with Melania’s then-friend, Stephanie Winston Wolkoff, who said the former US first lady was “so offended” by the snub. that she “didn’t even say hello” when Wintour arrived at Trump Tower.

According to Wolkoff, Melania had not heard of the visit, which was arranged shortly after Hillary Clinton’s presidential loss to Donald. Wintour had “reluctantly contacted” her friend Ivanka, Donald’s 40-year-old daughter, to arrange the meeting, the book adds.

“Melania failed to understand that she had been invited to Anna’s events not because she was a friend, but simply because she had appeared on the February 2005 cover of Vogue,” Odell wrote, referencing Melania’s cover story published before her marriage to Donald. .

Odell added that Wintour’s team “tried twice, once before Trump’s inauguration and once after, to photograph Melania for Vogue. But partly because they wouldn’t guarantee a cover, Melania wouldn’t.”

Wolkoff, who had been a close friend of Melania since 2003, took on an unpaid role as an adviser to Melania and helped plan Donald’s 2016 inauguration, Insider previously reported.

She later wrote a revealing book, “Melania and Me: The Rise and Fall of My Friendship with the First Lady,” in September 2020, in which she said they met when Wolkoff was director of special events for Vogue. The book led to Wolkoff being sued by the Justice Department, which claimed that she violated a confidentiality agreement she had signed. The Justice Department subsequently withdrew the lawsuit in February 2021 without giving a reason.

According to Wolkoff’s book, when Melania was asked to appear in a Vogue profile, she said, “I don’t give a fuck about Vogue or any other magazine. They would never put me on the cover. All these people are so mad.” “The book added that Melania claimed that people said Vogue was jealous that she still looks good despite many designers refusing to dress her.

Odell’s biography also claims that Wintour cried in front of Vogue staff the day after Clinton’s loss to Trump, after Vogue formally endorsed the first woman to win the Democratic presidential nomination.

Odell said the endorsement was “the first of its kind in the magazine’s 124-year history” and that Wintour was “on track” to secure an embassy to the United Kingdom in a Clinton administration that could have ended his tenure in office. magazine.

The book adds that a Clinton adviser said that while the politician thought Wintour would make a great ambassador and “nominating her was a possibility,” no formal process had been undertaken before Clinton’s electoral loss.

Wintour’s then-boyfriend, Shelby Bryan, told Odell: “If she had been offered the post of ambassador to the UK, I think she would have had to give it a lot of thought.”

Addressing staff the day after Donald’s victory, Odell wrote that Wintour defended her choices amid criticism of a WWD article questioning whether she went too far in endorsing Clinton.

Representatives for Melania and Wintour did not immediately respond to Insider’s request for comment.